The ruling National Resistance Movement (NRM) Central Executive Committee (CEC) has endorsed Rt Hon Anita Among for the position of Speaker of Parliament.

Among who has been serving as the Deputy Speaker of Parliament is now the NRM flag bearer for the Speakership race.

She is expected to be endorsed by NRM parliamentary caucus tomorrow, Thursday at Kololo Independence Grounds.

She will then face off with any other candidate for the seat of speaker on Friday in a session chaired by Chief Justice Alphonse Owiny-Dollo. 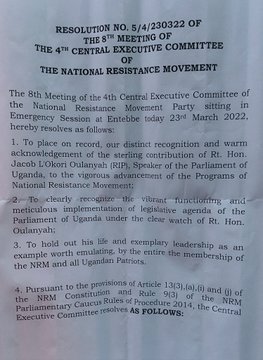 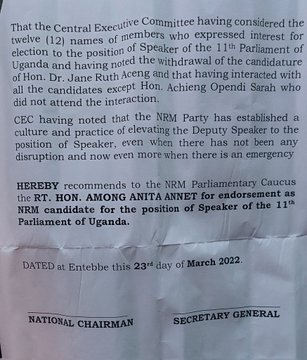