NBS TV journalist, Mujunga Joshua who was assaulted by the military on Friday.

In the wake of condemnation of security personnel for their brutal treatment against the press, the military have assaulted another journalist while in his line of duty.

The incident occurred Friday morning in Kamwokya, near Kampala.

The journalist who is said to have been beaten by soldiers is Mujunga Joshua, a camera man working with Kamwokya based television NBS.

According to a workmate, Kayonga Paul, he and Joshua were filming police deployment in Kamwokya on Friday morning, before security started clobbering his colleague.

“Police deployed heavily in Kamwokya in the morning and we went to film what was happening,” Kayonga told this website on Friday.

“In the process, a military vehicle came and all over a sudden, i saw the officers chasing and beating him,” he added.

Joshua is currently hospitalized at Kampala hospital while undergoing treatment. Part of his shirt’s left sleeve was torn during the incident.

By publication of this story, Police had not issued a statement on the alleged assault and our efforts to talk to the Spokesperson SSP Emilian Kayima, were futile since he could not pick our telephone calls.

This is not the first time a journalist is being clobbered by the security, the latest being on Monday August 20, when Reuters photojournalist, James Akena was severely battered while covering protests in Kampala.

Akena said, on top of the maltreatment, his gadgets were also confiscated.

“I was just standing holding my camera near to the protest. Suddenly there were many soldiers hitting me. I have some bruises and my hand is swollen. They still have my camera and I don’t know when I’ll get it back,” he said.

Army Commander, Gen David Muhoozi, has since condemned the brutal handling of Journalists and ordered arrest of the perpetrators.

On August 13, Several Journalists including Hebert Zziwa of NTV and John Kibalizi of NBS TV who were giving live coverage on the last day of campaigns in the Arua municipality by-election, were also brutally arrested and their gadgets confiscated. 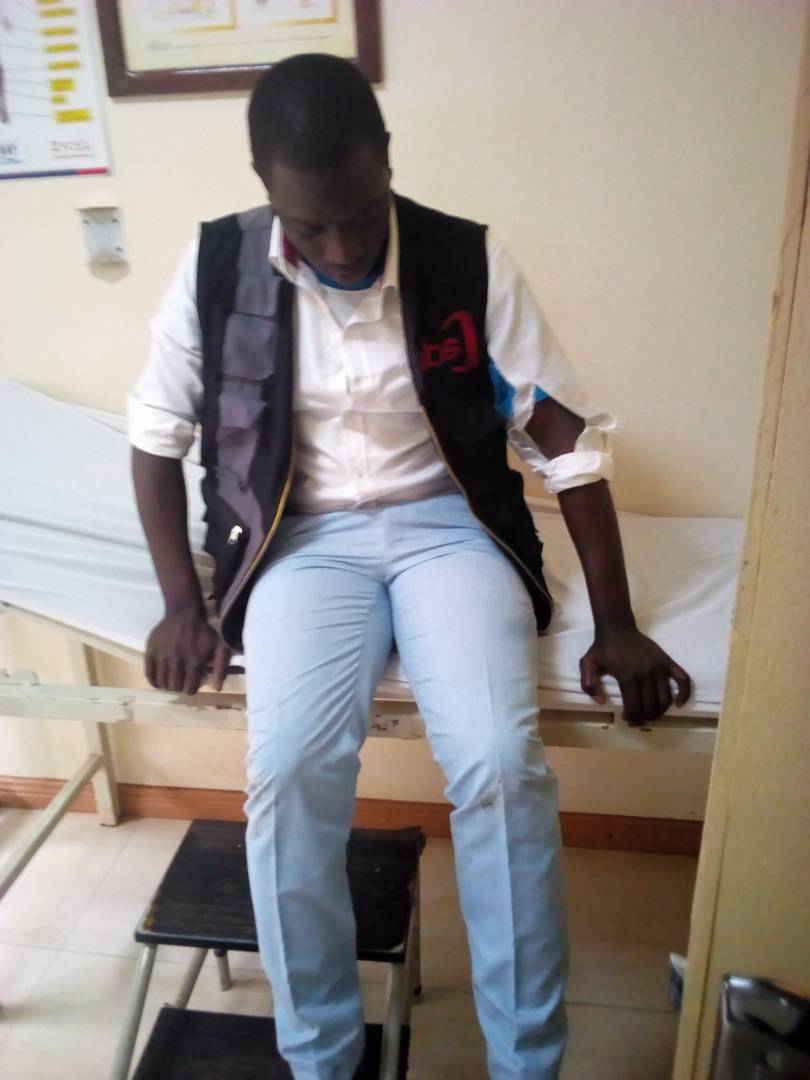