Narcis Tumushabe, the Chairperson Uganda Seed Traders Association and Managing Director, FICA seeds, said he was happy to witness on behalf of USTA - the official licensing of NARO, to be taken up by seed companies for commercialization.

The event that took place at the National Agricultural Resources Laboratories (NARL) Kawanda, saw memorandums of understanding (MOU) covering the terms and regulations for mutually beneficial arrangements signed and license certificates handed over to the seed companies that meet the criteria.

The seed license has internal and external security seals enhanced with QR codes that can be scanned to authenticate that a supplier is licensed to sell NARO seed.

According to NARO, the license can be gotten on three conditions which include exclusive, semi exclusive and non-exclusive terms.  An exclusive license is given to only one company to trade in one variety.

Semi-exclusive allows a maximum of four companies to trade in one variety and non-exclusive, it is open to any interested seed company.

“Over the years, NARO has developed a number of technologies and seeds that are nutrient-dense, high-yielding, early-maturing and pest and disease resistant. These technologies have been reaching farmers through NARO’s Zonal Agricultural Research and Development Institutes (ZARDI’s) and through formal seed companies that deal in certified seeds,” explains Dr Kassim.

He says the issue of fake seed in the market has been due to inadequate supply and demand, leading people to fill this gap by selling grain as seed (fake seed).

“Through this framework, NARO commits to supplying adequate breeding seed and foundation seed to licensed seed companies to fight against the issue of counterfeit seed,” he adds.

Narcis Tumushabe, the Chairperson Uganda Seed Traders Association and Managing Director, FICA seeds, said he was happy to witness on behalf of USTA – the official licensing of NARO, to be taken up by seed companies for commercialization.

As a company (FICA) that has been selling seeds from NARO over the years, when they would have people infringing on their varieties, it was difficult to seek a re-address from the courts of law about ownership. With this licensing in place, within the market it will be known that the varieties belong to NARO and have official seed companies licensed to commercialize them,” she said.

NARO says this event will contribute to the fight against fake seed in the market that is costing farmers losses in millions of shillings. 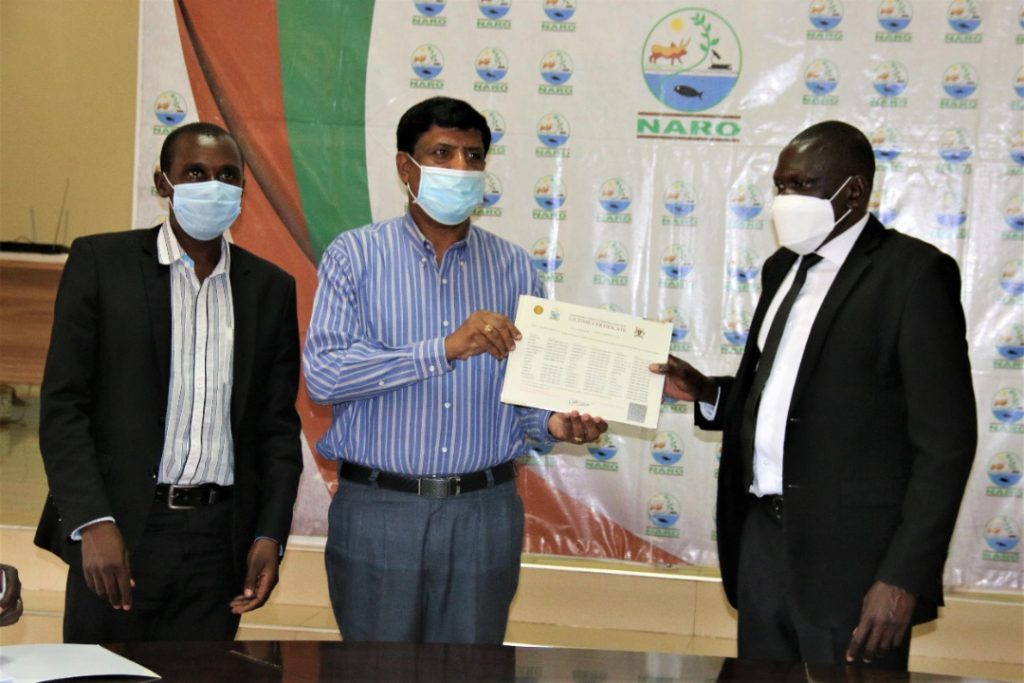