Ngora March 6, 2022: Surrounded by the beautiful Ngora rocks, scorching sun and a crowd of the faithful; Rev. Okwii Esakhan Michael, the 2nd Bishop of Kumi was consecrated and enthroned at St. Philip’s Cathedral, Ngora.

The consecration attended by hundreds of people and different leaders was preceded by reading of the minutes at which the Bishop-elect was chosen by the House of Bishops.

The citation of the minutes read in part that the house of Bishops had elected Rev. Okwii to be a chief shepherd on 9th Feb 2022.

Flanked by his wife Mama Christine Okwii and children, and a host of other Church leaders, Bishop Okwii’s acceptance of responsibility with the words “so help me God” was met with loud chants and cheers from the faithful.

Guests, including Ministers, MPs, religious leaders from different faiths thronged the St Philip’s Cathedral grounds in Ngora to witness what for some, was described as a historic event. Vice President Alupo was in attendance as Chief guest, representing H.E Y.K.Museveni.

In his remarks, the caretaker of the Diocese- Rt. Rev. John Charles Odurkami highlighted a number of challenges, saying it was not easy.

“I almost gave up, but God called”, the caretaker bishop said, before ceremoniously handing over the Bishop for installation, a ceremony presided over by The Most Rev. Dr. Stephen Samuel Kazimba Mugalu, the Archbishop of Church of Uganda.

Bishop Okwii, who was born in 1965 to a Catholic Father and Anglican Mother and was baptized in the Catholic faith later received training in the Anglican faith where he converted to, in 1988. 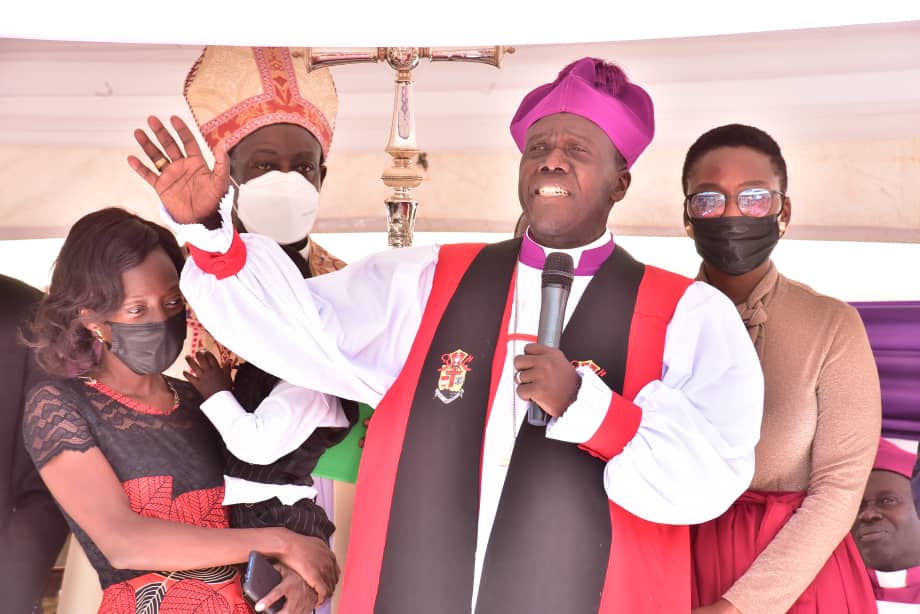 In his first message as newly enthroned, the Bishop preached peace and unity, calling on everyone to forge ways as Christ would do.

Archbishop Kazimba congratulated Bishop Okwii for taking on this challenging assignment saying that “the diocese of Kumi has had two years of unrest” and will need all help from the Government and everyone in all aspects. Archbishop Kazimba also appealed for increased partnership with Government where the church continues to access different Government initiatives and inputs for the socio-economic transformation.

“I urge you to preach the gospel, do church work of reconciliation and work towards transformation and prosperity. Live a life of integrity and respect the call of canonical obedience”, also calling upon the Bishop to

work with Christians in advancing the work of God. Kazimba also appealed to Christians to forget the past and work for the church of Christ.

President  Museveni, in his remarks read by Vice President Alupo, said he was happy to see a man of God take an oath of Spiritual importance and service to the People of God.

“This is an important occasion where we are witnessing not just a usual ceremony,  but an event where men of God humble themselves before Him to be commissioned to spiritual tasks that supersede their mental and physical ability, heeding to a call of duty,” said the President.

H.E the President also commended and appreciated the church leadership  for serving in challenging times of recovery from the effects of the pandemic, saying only God can give the will and strength to manage all pressures.

The President also hailed the relationship between the church and the NRM party, saying the church has seen the development of communities at the grassroot level and has been a torchbearer in bringing forth socio-economic liberation of people’s mindsets towards change. 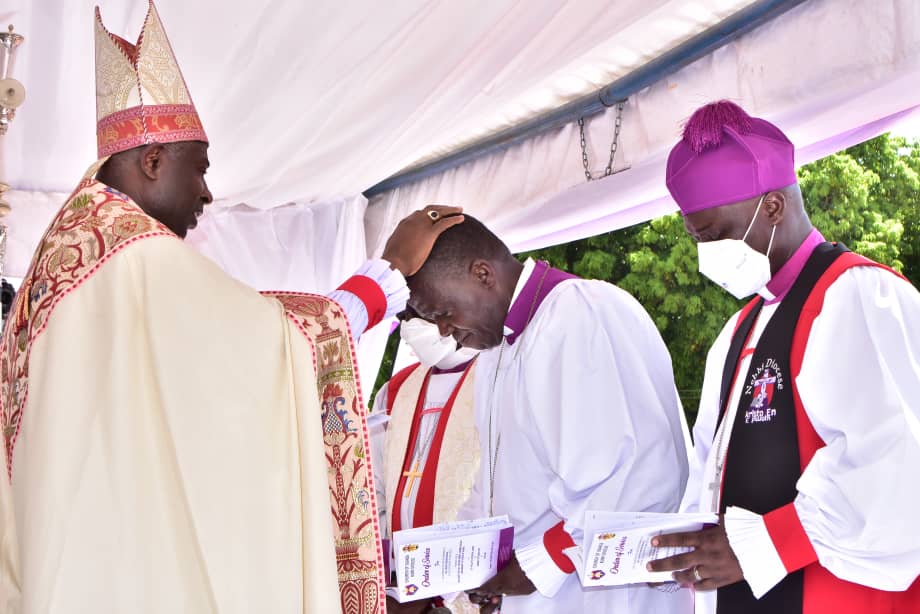 “Through the church, traditional barriers to development have been broken and others altered for the welfare of communities”, the President said.

He encouraged the church to spread the gospel of wealth creation and prosperity that the Government has been proclaiming over the years. “Uganda’s economy has been transformed to a level where the country will be self-sufficient and achieve sustainable growth in the near future “, remarked the President.

He appealed to the Christians to follow all COVID-19 SoPS because, in his words, “Uganda needs you alive”.

The President donated a brand new Mitsubishi Pajero Sport, which was handed over by Vice President Alupo.