President Museveni has called upon soldiers of the Special Forces Command (SFC) to embrace ideology as they continue to do the right thing at the right time.

Gen. Museveni said many problems in the world aren’t getting solved because many people lack proper ideology to guide them.

“Ideology is about doing things rationally,” the President told the audience at Lunyo Barracks.

The President was officiating at the commissioning of new housing units constructed for SFC soldiers.

Hon. Huda Abason Oleru congratulated and thanked President Museveni for his exemplary leadership and for steering UPDF and making it an admired force worldwide because of the successes associated with their deployments both in and out of the country. 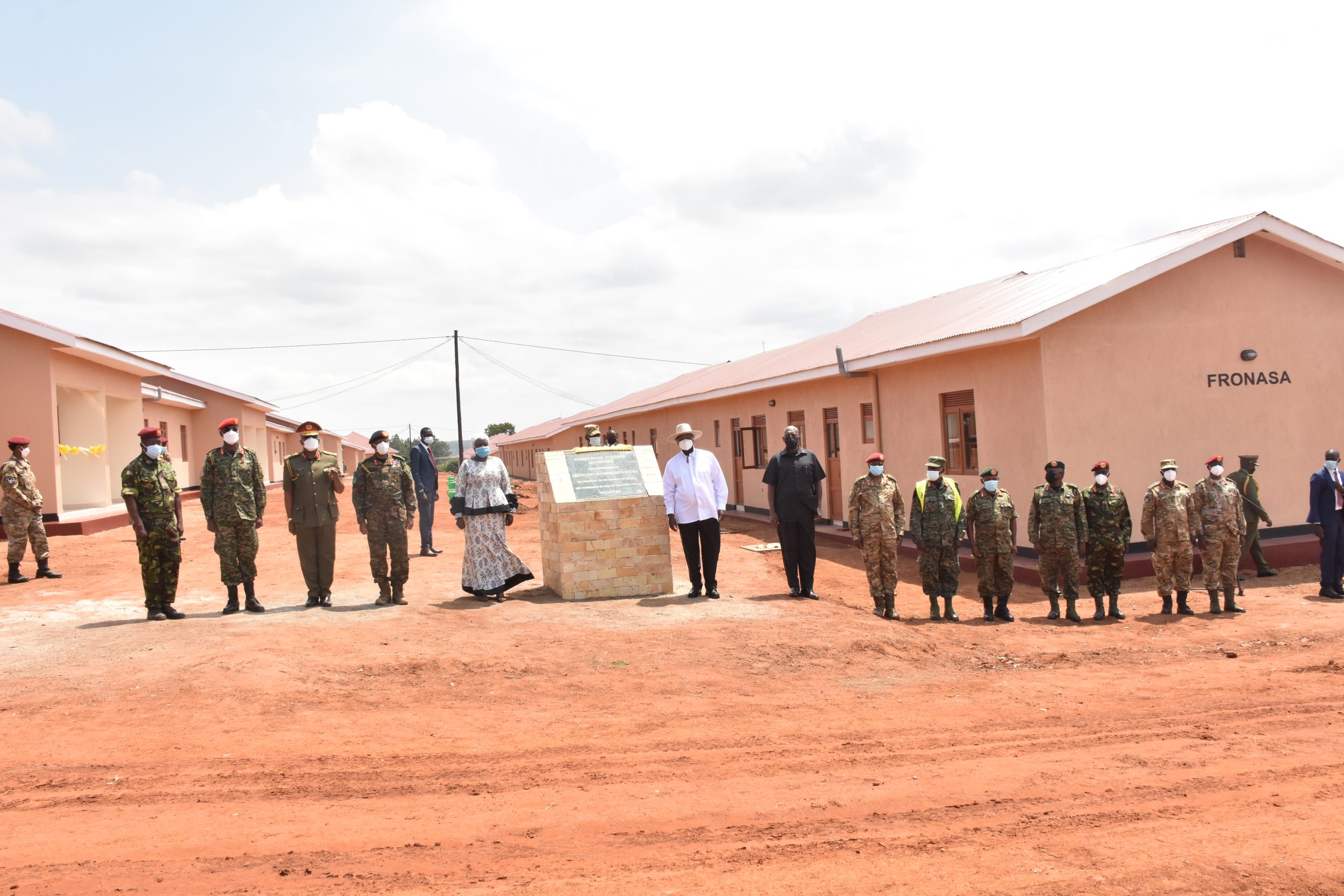 Hon Oleru asked the President to continuously come up with his unique ideas that will help propel the country to bigger heights.

The Chief of Defence Forces, Gen Wilson Mbasu Mbadi, said that in the quest to build a formidable and motivated force, welfare is paramount adding that the completion of these housing units for SFC is a great milestone in the improvement of soldiers’ welfare. 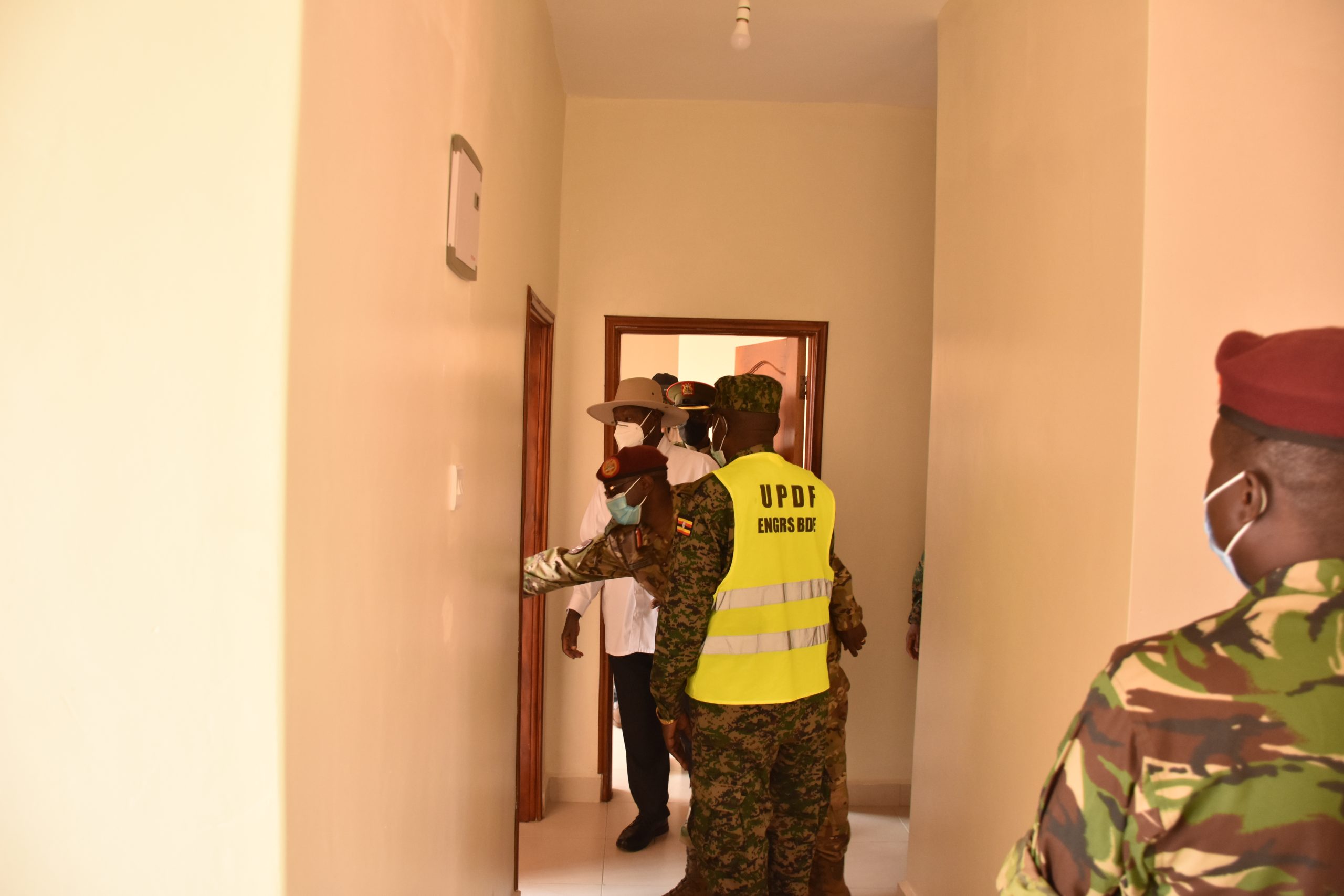 He added that the infrastructural development now being witnessed in all UPDF formations and units came as a result of a needs assessment that was conducted by both MODVA and UPDF in 2008.

Gen Mbadi reiterated that soldiers who live and stay together enjoy the spirit of comradeship, and benefit from common use facilities like medical services, services offered by the defence forces shops as well as easy command and control of troops. 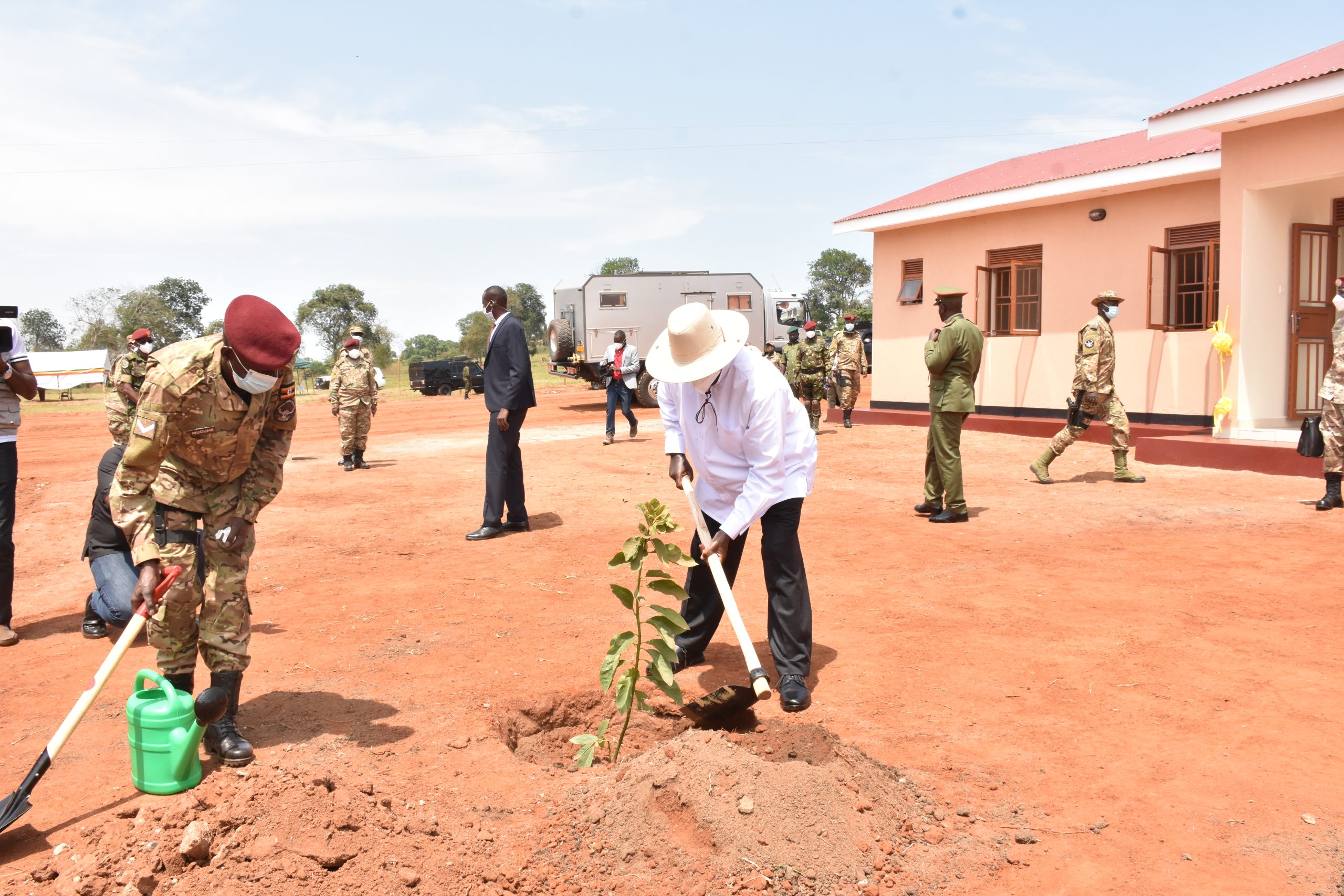 He said following the conclusion of a feasibility study conducted in 2019, UPDF barracks infrastructure development was admitted into the project government development plan which was unfortunately interrupted by Covid-19 pandemic.

In that plan government had envisaged building 6000 housing units each year in a period of five consecutive years using the capital development budget of 16 billion, because of the little budget, UPDF afforded to build some low-cost houses. 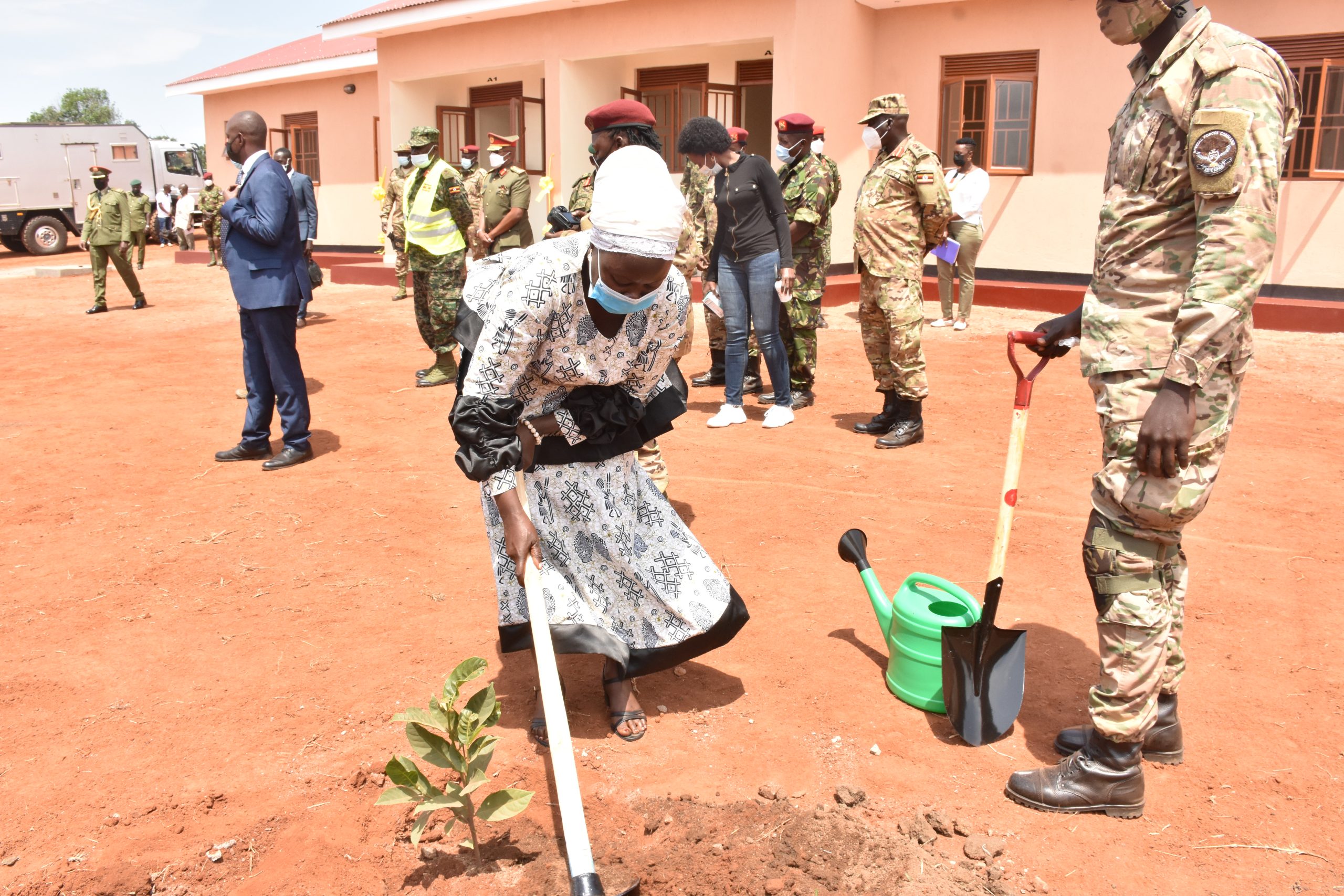 Minister of State for Defence and Veteran Affairs (Veteran Affairs) Hon. Huda Oleru planting a tree at the commissioning of housing units in Lunyo barracks on 23 July 2022

The CDF confirmed that UPDF will continue to use direct labour from within because it saves a lot of money on top of building own capacity through experience with equipment.

He said that Air Force is currently constructing 150 units in Nakasongola whereas Land Forces is constructing hundreds of soldiers’ houses in Kyangwali, Kolokolo, and Sango Bay. 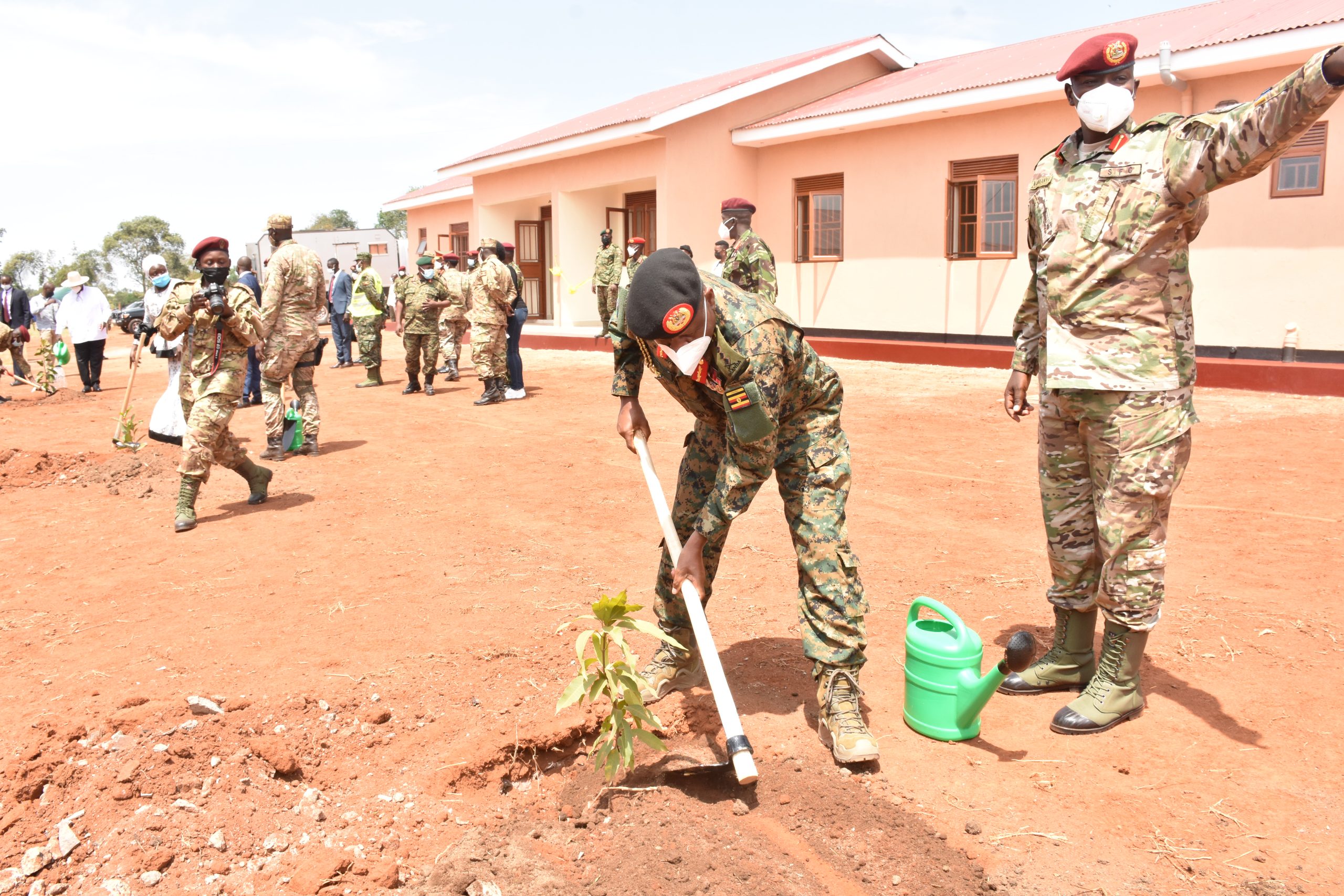 Speaking at the same event, Brig Gen Felix Busizoori told the audience that they had already started the construction of another 80 housing units at Kigungu, Entebbe, Makajo and Ruhengyere.

He said that each house has three bedrooms, a living room with two bathrooms, a kitchen and a store which is enough to house a soldier and his entire family. 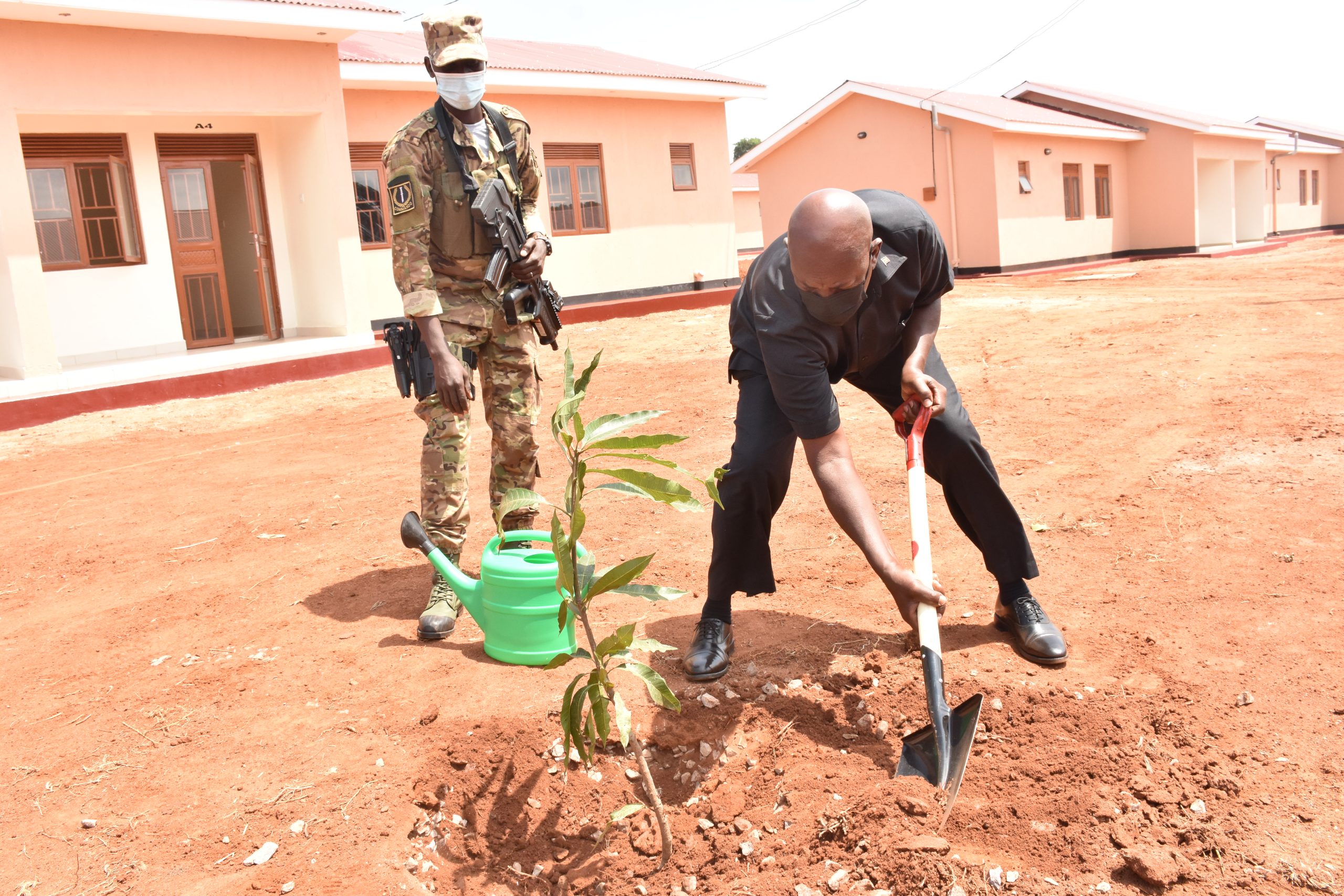 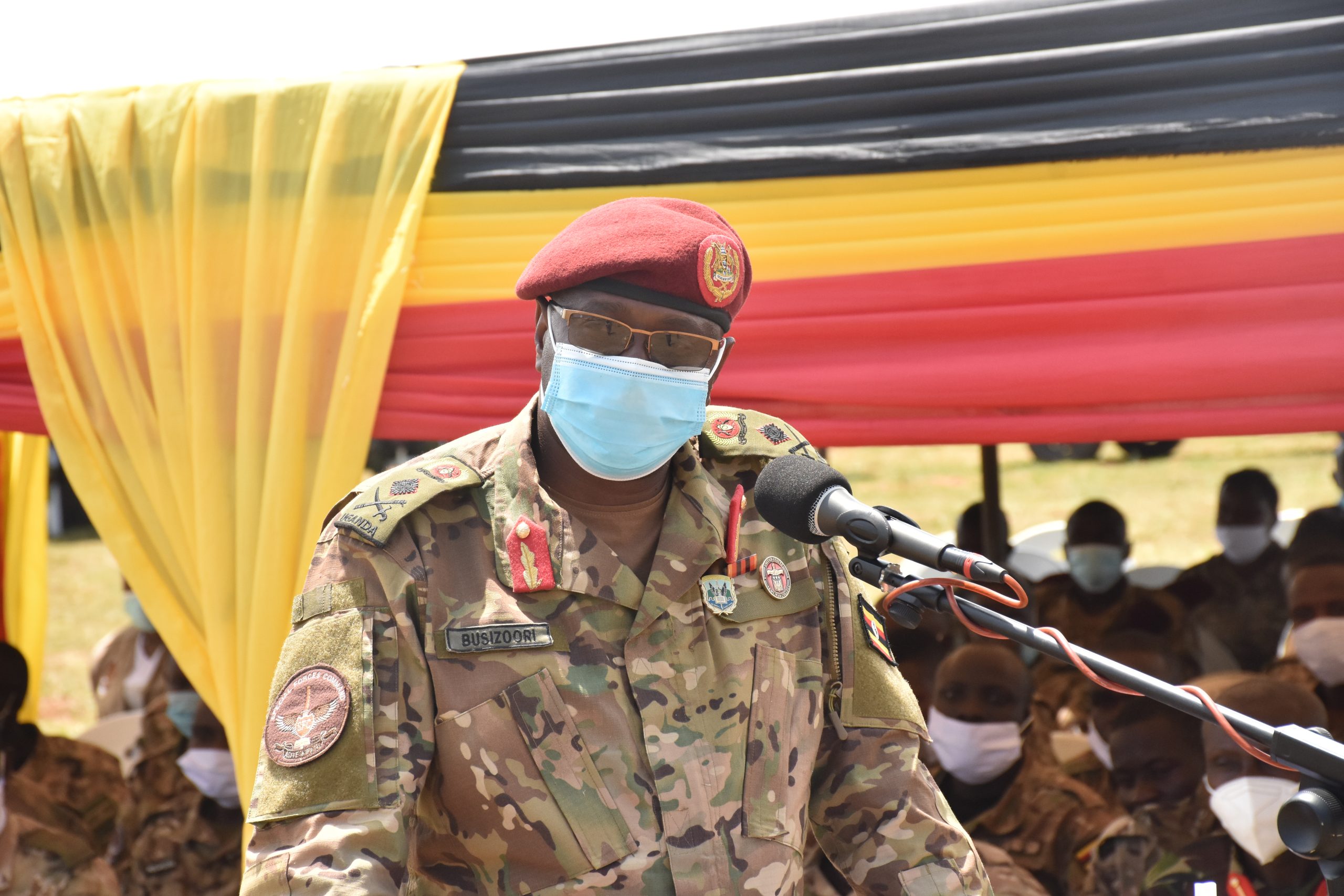 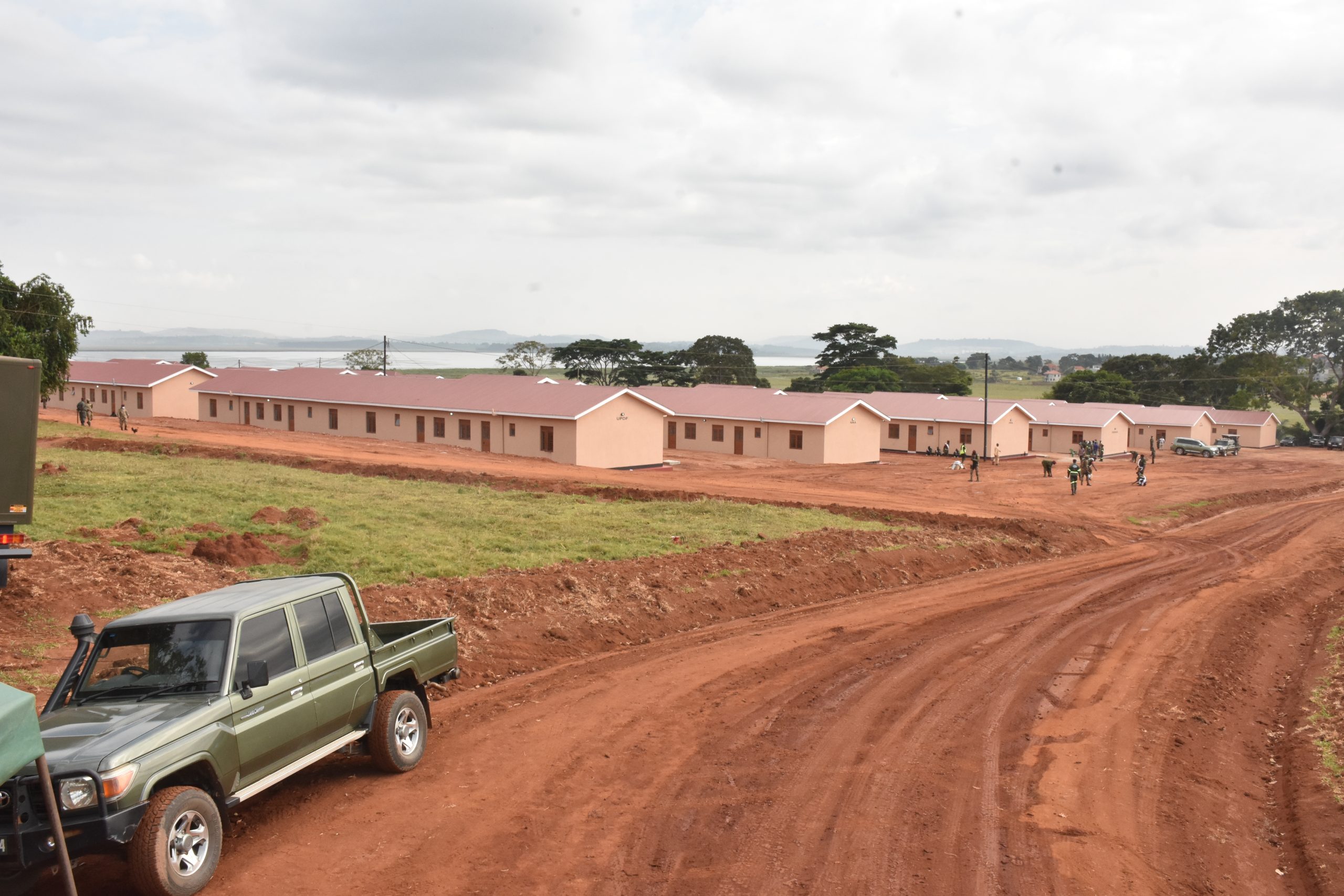