President Museveni has said one of the key issues to the integration of the East African region is strategic security because insecurity has no boundaries.

“DRC’s admission into the EAC is a big event as it signals prosperity to the citizens! As leaders let’s continually strive to ensure Peace, Security and Stability are maintained in the region,” President Museveni said.

Museveni said he was very happy that they approved the process for the admission of the DRC into the community.

“We were connected before colonialism. But when colonialism came, we got disconnected. It’s good we are reassembling. This is because as I said in the closed meeting, Congo is really part of east Africa historically, especially the eastern part of Congo. They speak Swahili, they are similar to our tribes here and it is colonialism that had kept Congo in another arrangement.” 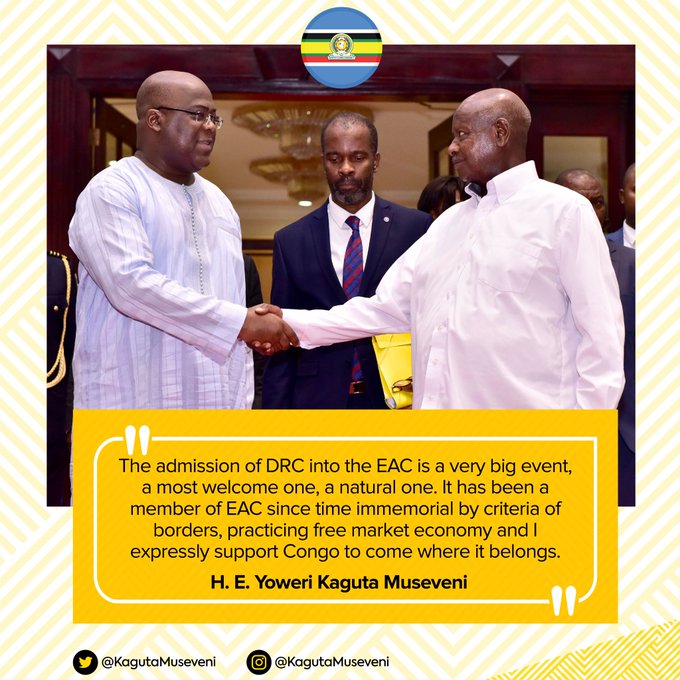 Museveni said now that Africa got its freedom, the leaders are sorting out all those distortions.

“I’m very happy the trade is improving within east Africa.”

He said the purpose of integration is encompassed in three things.

“Unless we want to be like Latin America which lives next to United States but because of the way they are organised, they are living in misery. Next door is United States which is the most powerful country in the world today yet it started just yesterday when our kingdoms were here. Now, this new country called United States because it was founded on new principles and here we are.”

He said the second point about integration is strategic security.

“You can see how insecurity doesn’t know boundaries. It goes from here to there. If we cannot work together, we shall not manage the issue of insecurity.”

Museveni concluded by saying that the people EAC leaders are integrating are similar people.

“It is easy for us because of Kiswahili which is a neutral language. It is not like the Europeans who are trying to unite different people with different languages.”

“Je te remercie! It’s a historical day for DRC! DRC is committed to working closely with EAC Partner States for the prosperity of the EAC region!” he said.

H.E President Uhuru Kenyatta, Chairperson of the Summit of EAC Heads of State, said: “I proudly and warmly welcome our brothers and sisters from the DRC to the EAC and look forward to joining hands in strengthening our community together. Working together, we have more to gain than when we are separate.” 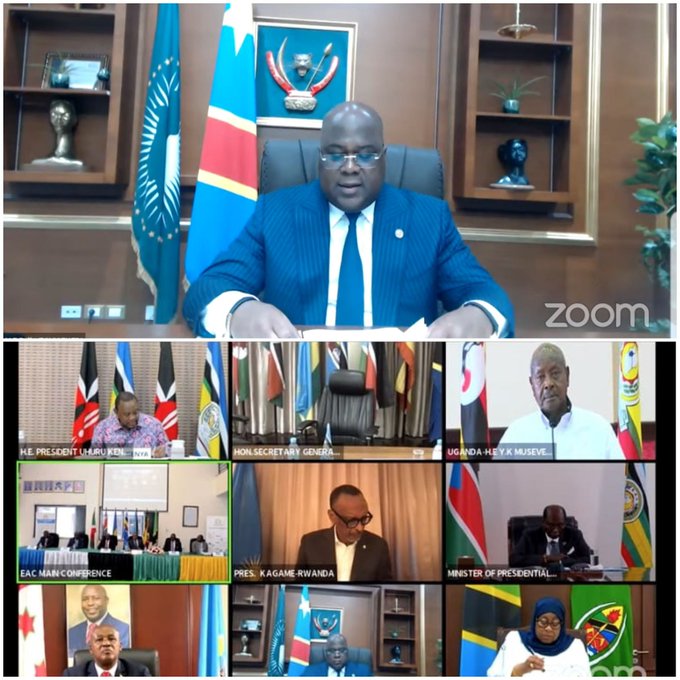 Hon. Prosper Bazombanza, Vice President- Republic of Burundi, said “widening and deepening economic, political, social and cultural integration will improve the quality of lives and prosperity of the People of East Africa”.