President Museveni during a guided tour of the milk processing plant.

President Yoweri Museveni has launched another milk processing factory in Kiruhura district, with a capacity of processing 100,000 litres of milk daily.

Vital Tomosi milk processing factory, situated in Rushere township was commissioned on Tuesday. The factory is the producer of the Milkman brand of UHT milk and yoghurt.

The private investment is owned by an Israeli investor named Eytan Stibbe of Vital Capital Fund, in partnership with Odrek and Patience Rwabwogo, the proprietors of Tomosi’s Farm.

In a statement after the commissioning ceremony, President Museveni said the factory “is one of the fruits of our sensitization efforts dating back to 1966 when Mwesigwa Black and I, started to dissuade our parents and community from the practices of nomadism and subsistence cattle keeping”.

“The mindset at the time was largely pre-capitalist but we took a lesson from the exposure we had at school in Mbarara and brought the knowledge back home,” he said.

The official commissioning was performed by the President together with Eytan Stibbe, Odrek and wife Patience who is also the President’s daughter. Later, the two together with other officials led Museveni on a guided tour of the plant.

Museveni said that previously, most of the local people in Kiruhura especially those with small pieces of land, had been trapped in poverty since there was mass conscription of locals into growing of cash crops such as tobacco, coffee and cotton.

“We encouraged our people to look into high milk-yielding breeds of cows, instead of depending entirely on our local breeds,” he said.

He said that factories such as the one in Kiruhura are critical since they add value to Uganda’s agricultural produce.

“There’s too much wealth here more than any other place. The only problem is that you people have been in slumber. I thank Rwabwogo for waking you up from that slumber,” Museveni told the people of Kiruhura.

Vital Tomosi’s Dairy (VTD) is a Ugandan dairy production, processing and marketing company established to modernise and fortify the dairy industry, with the aim of enriching lives and providing the highest quality dairy products on the market.

The dairy plant is a joint venture between Vital Capital Fund, a USD 350 million private equity fund that makes impact investments in Sub-Saharan Africa, and Tomosi’s Farm. Their first plant, in Kiruhura, was established in 2015 with a capacity of 50,000 litres daily.

“The country produces 2 billion litres but only 15% of that milk is what is processed. The 85% is still raw and on trucks. And that’s not good,” Rwabwogo said.

“That raw milk generates USD 160m dollars while us the 15% only processed USD 100m just three years ago,” he said.

The MP for Nyabushozi county, Lt Col Fred Mwesigye applauded Museveni “for having accepted to be used by God to fulfill his mission”.

“I support you. This line is a correct line and nobody should divert you,” Mwesigye said.

Tomosi’s Farm began in 1964 as a small peasant holding for the first generation owners, Tomosi Rwabwogo but was later in 1997 expanded with several purchases by the second generation owners, Odrek Rwabwogo and wife, Patience. With these purchases, the farm grew from the original 76 acres to the current 500 acres.

Kiruhura is among the largest milk-producing districts in Uganda. The district also hosts another dairy plant (Amos Dairies Ltd) whose daily capacity is 400,000 litres. 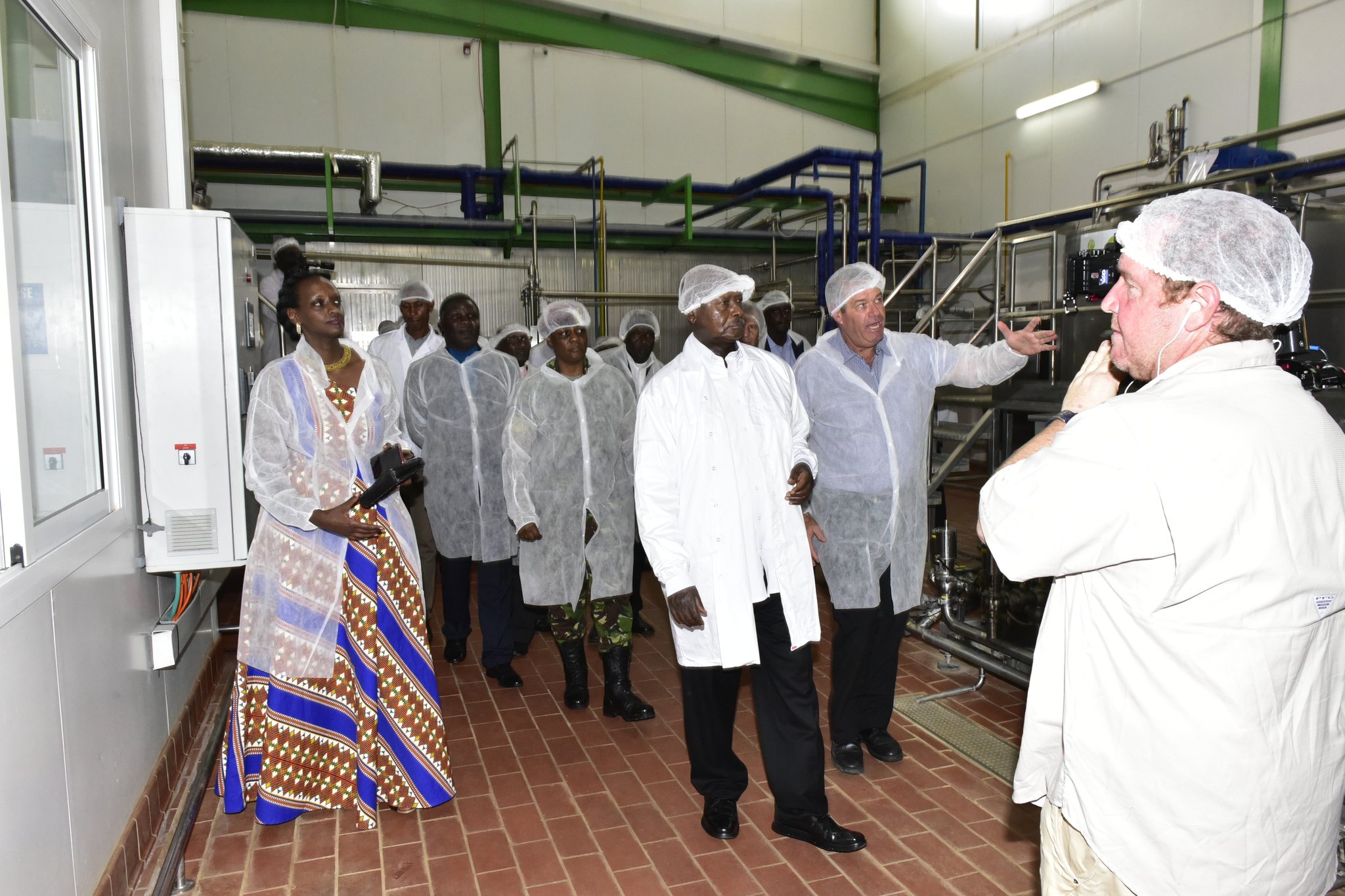 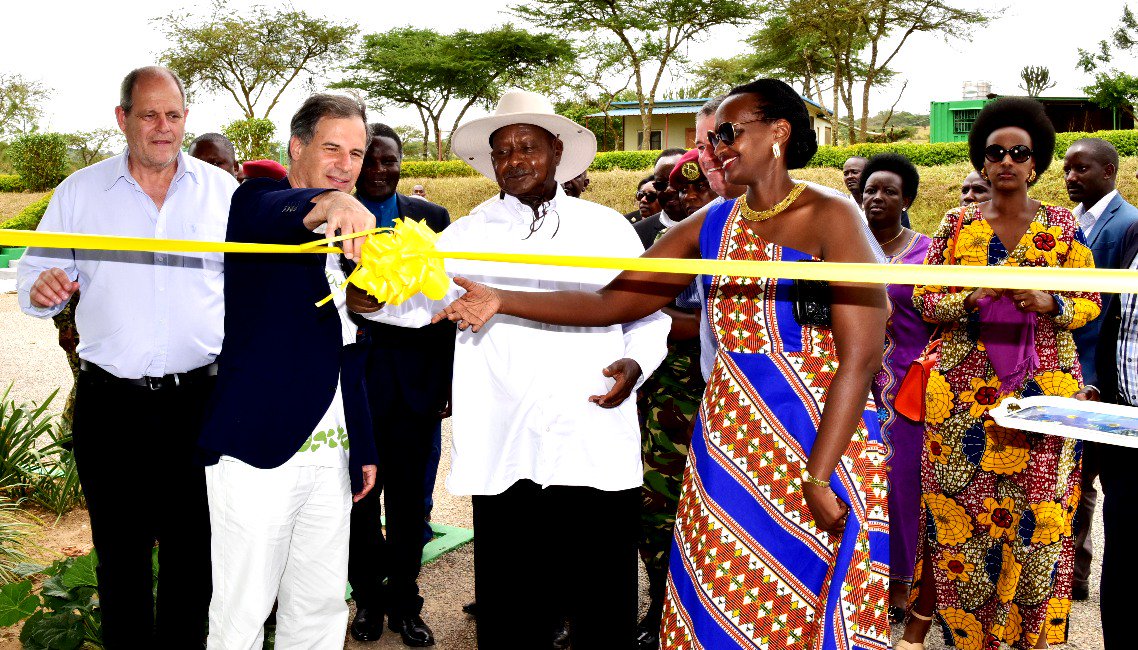 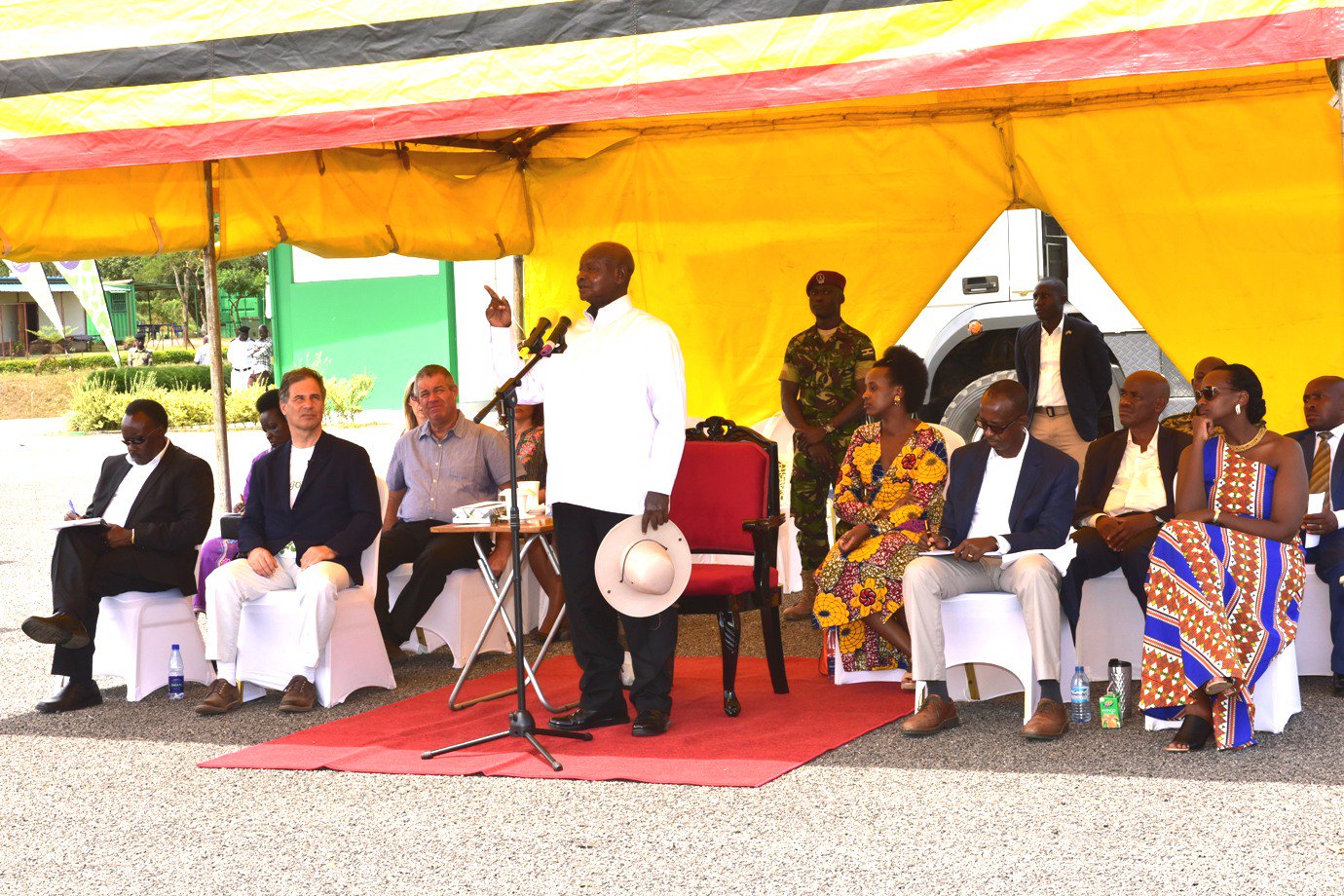 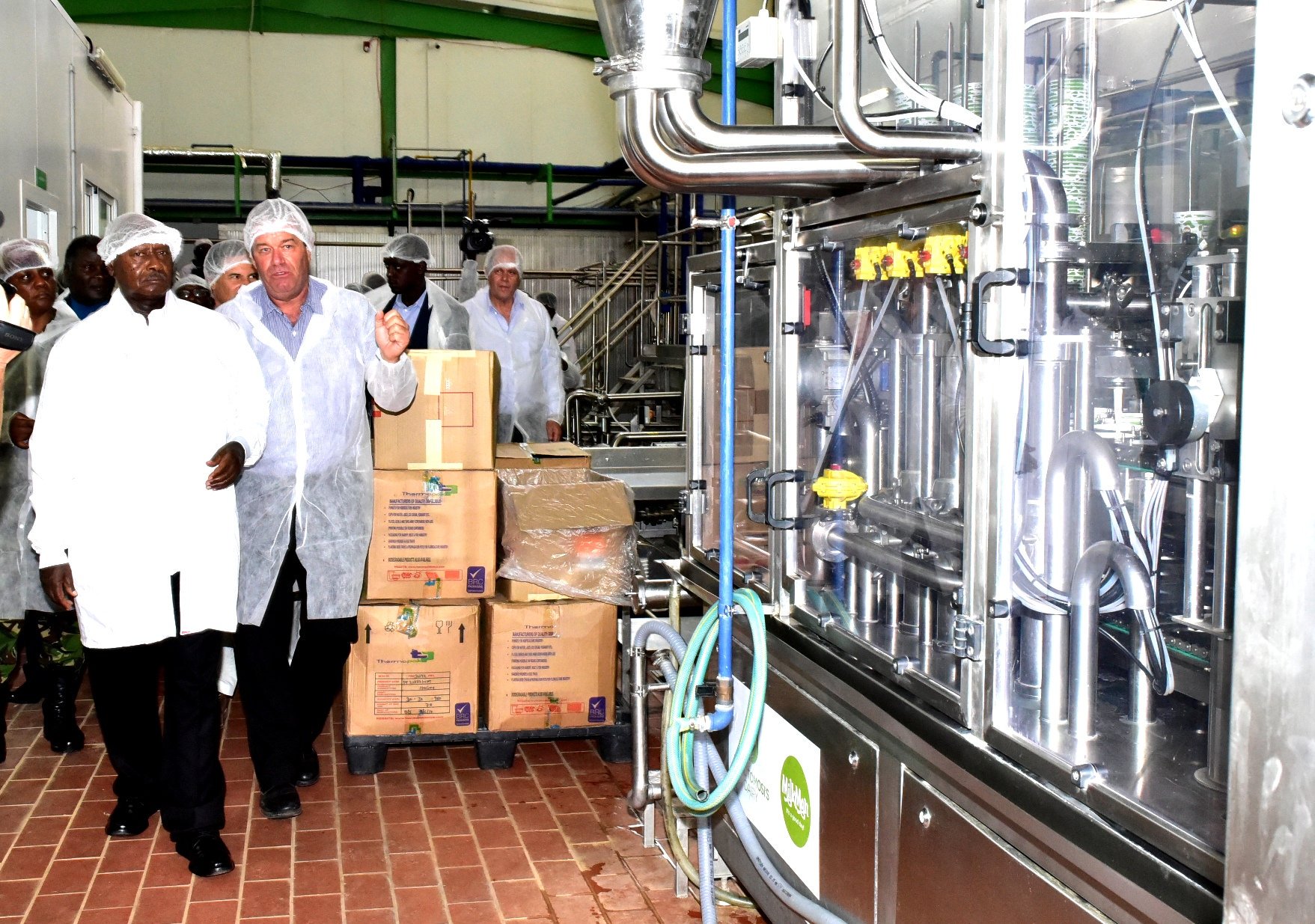