President Kaguta Museveni who is also the Commander-in-Chief of UPDF on Thursday met the country’s Security High Command at State House, Entebbe.

The meeting follows increasing incidences of cattle rustling, murders and insecurity in Teso, Lango, Acholi, Sebei, and other areas.

While presiding over the plenary on Thursday, the Speaker of Parliament, Anita Among, told Members of Parliament that President Museveni will visit the Karamoja.

This was confirmed by the Minister of State for Internal Affairs, Gen David Muhoozi.

On the same day, the House adopted the motion urging the Government to immediately stop cattle rustling and restore peace in subregions of Karamoja, Acholi, Lango, Sebei, Teso, and Bugisu. 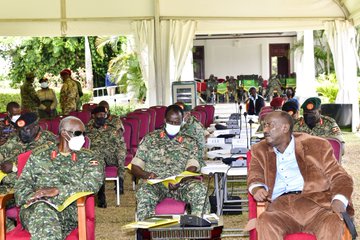 In adopting the motion, the MPs have also recommended the compensation of all cattle that have been raided.

Esenu Anthony (Kapelebyong County) moved the motion saying since the withdrawal of soldiers in 2018, insecurity has returned in the region. 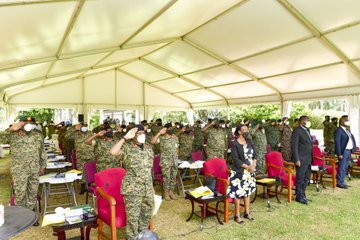 While addressing MPs, Gen Muhoozi acknowledged that LDUs had become part of the problem and that is why they were disbanded.

Speaker Among asked the Government to take action on cattle rustling in Karamoja as it concerns the lives of people.