President Yoweri Museveni has Sunday commissioned civil works for the road that connects Masaka to Bukakata on the shores of Lake Victoria, whose construction is expected to significantly boost trade in the area.

The 41 kilometre road which is to be upgraded from gravel to paved standard will be co-financed with loans from the Arab Bank for Economic Development of Africa (US$ 12 million) and Fund for International Developmentd (US$ 15 million).

Government says upon completion, the road will increase business opportunities for locals, reduce cost and time for travel time for those transporting goods.

The contract for construction was awarded to Arab Contractors (Osman Ahmed Osman & Co.) while the M/S Galander Engineering Consultants together with KKATT Consult will oversee the project supervision.

The road runs from the Nyendo junction in Masaka town and proceeds eastwards through the Luvule and Kayugi trading centres to Bukakata on the shores of Lake Victoria. Bukakata is the gateway that connects the mainland to the Kalangala island district.

Payment of compensation for land acquired for the project began in May 2016 and 95% of the project affected persons (1,349) have so far been paid. Out of the Shs 16.9 billion which is budgeted for land compensation, Shs 13.6 billion has been paid.

On Sunday evening, President Yoweri Museveni presided over the official ground breaking ceremony for the works at Nyendo township before he proceeded to Kasana playgrounds where he addressed a gathering of local residents.

At the township, the President blamed the people of Masaka for electing what he called Members of Parliament that are “useless”.

“How are you people of Masaka who don’t know how to vote? You have nobody who lobbies for you. I have never seen your MP, so you can’t call him a representative,” President Museveni said in an impromptu address to bystanders.

The Masaka municipality Member of Parliament, Mathias Mpuga who is from the opposition was present.

Residents reminded the President of the road that cuts through the Nyendo township which is in a bad state. However, the President insisted that the electorate consider voting into Parliament people that are aligned with the ruling party (NRM) so they always remind him.

“Me as a President, I focus on bigger projects. I didn’t know about the Nyendo road. The MPs should work on that [Nyendo road]”.

He reiterated his appeal later when he spoke at Kasana playgrounds, asking the people of Masaka to stop electing people who are preoccupied with fighting him.

“We shall work on the other roads. What’s remaining is up to you – to send the MPs that have a seat on the NRM Parliamentary caucus. Unfortunately, your MPs; Namayanja and Mpuga don’t sit on that table,” Museveni told the crowd.

“NRM doesn’t lie. We handle our things one at a time. We have to accomplish one thing and move on to the other.”

The Head of State also touched on the issue of poverty eradication appealing to families to fully utilize their small land.

He cited an example of households with only four acres which he said can be used to grow coffee, fruits, livestock (cows and goats), bee keeping and pigs. Museveni told people in Masaka that the responsibility of eradicating poverty from their households lies with them as individuals.

Still on the economic aspect, the President revealed plans by government to transform the land in Nabugabo, Bukakata which was formerly used for training and bomb detonating drills, into an industrial park.

“People occupying that land should relocate so that the area is transformed into an industrial park. I am going to compensate you [land occupants] so we can set up industries,” he said. 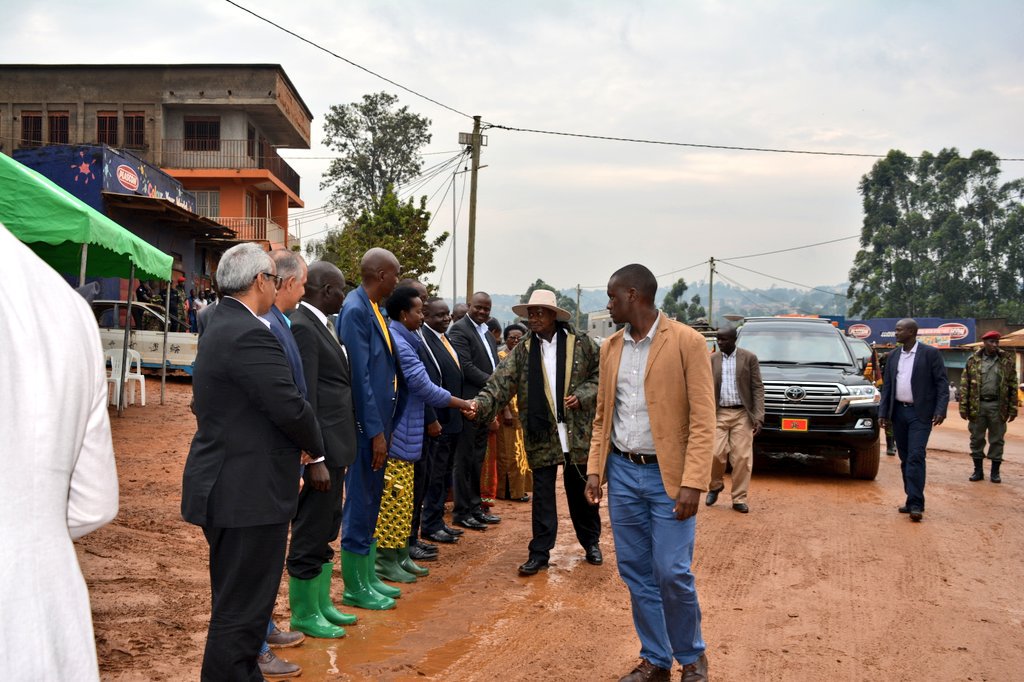 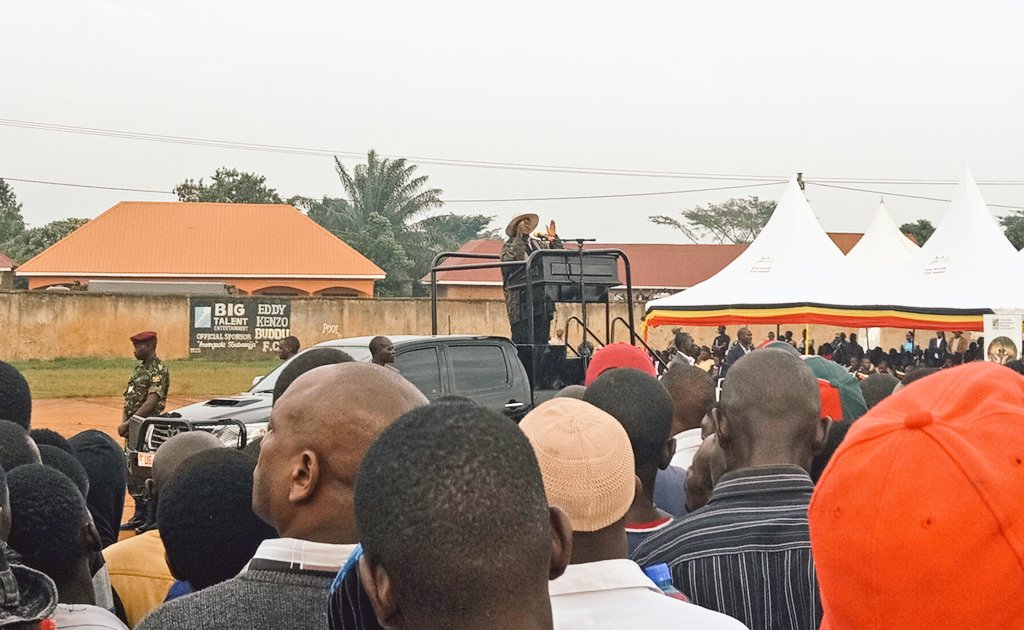 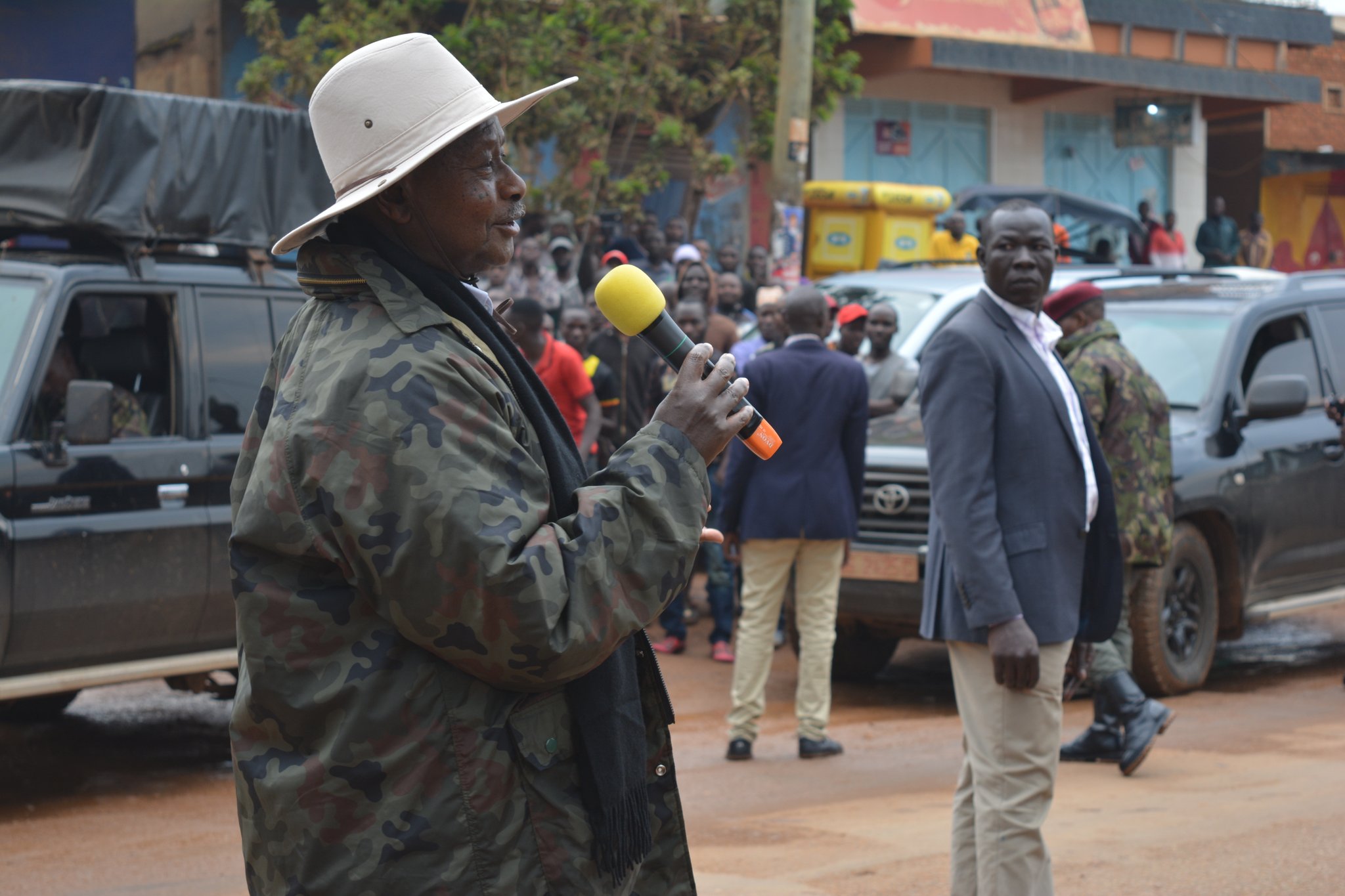 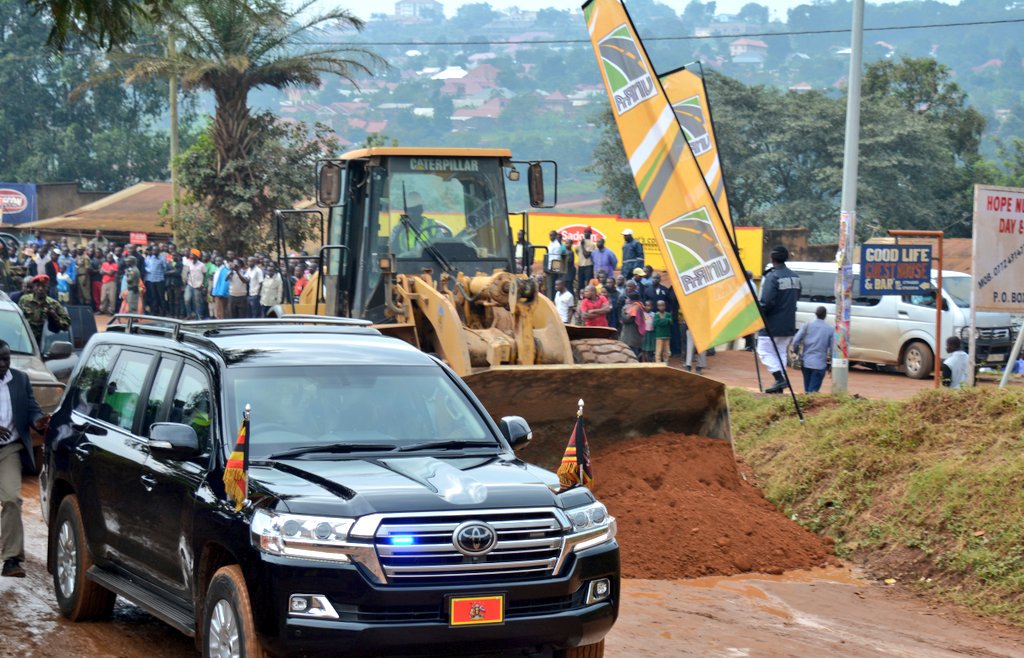 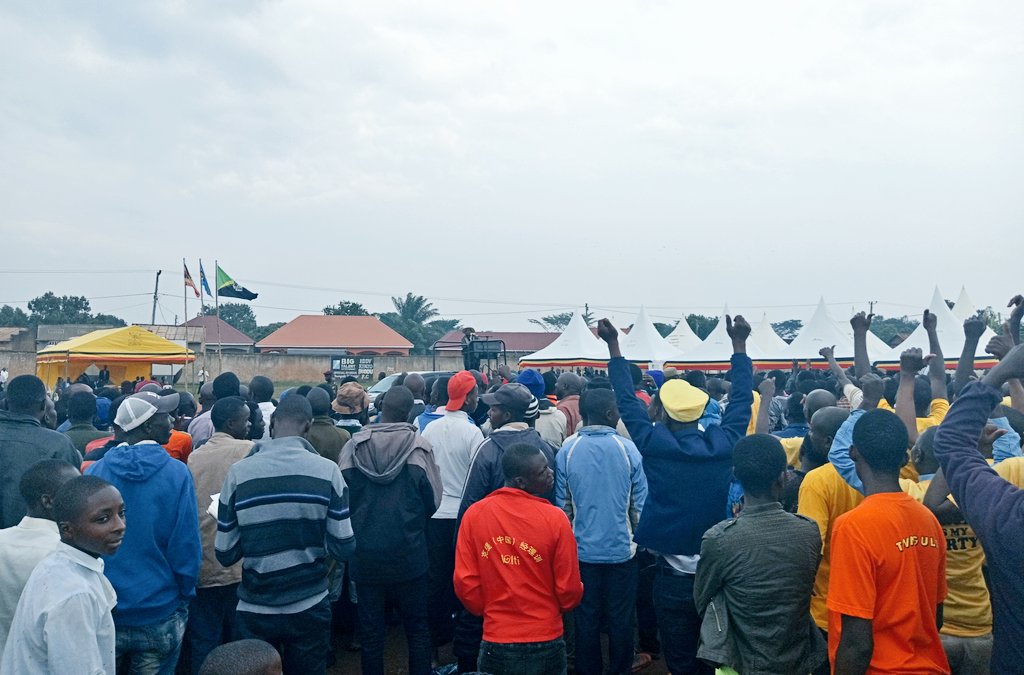 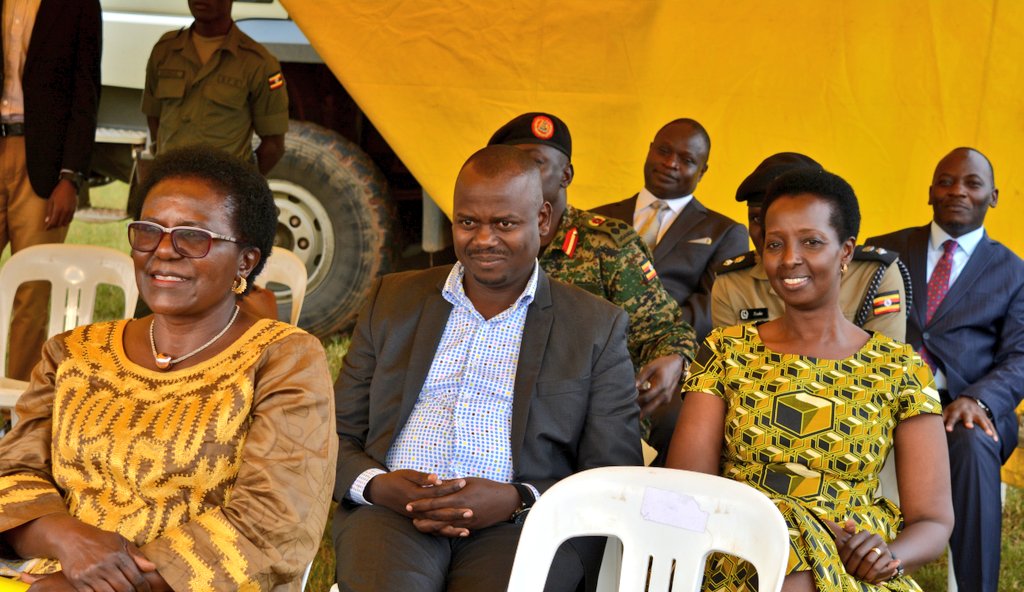 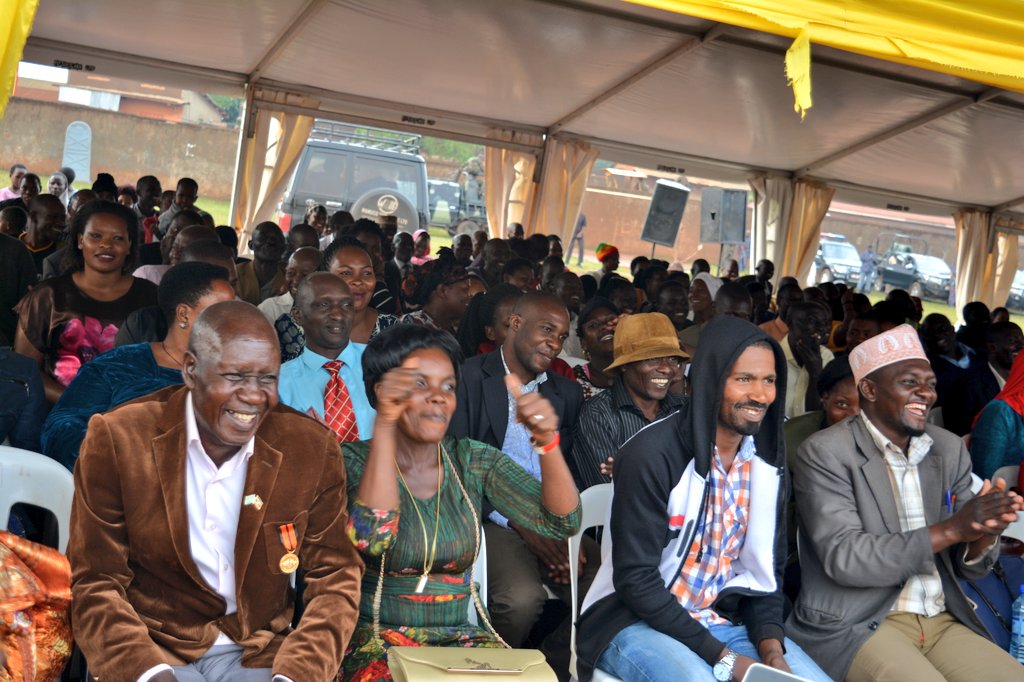