Museveni Invites Indians to Invest in Fertilizers, Assures them of Ready Market

Museveni Invites Indians to Invest in Fertilizers, Assures them of Ready Market

While officiating at the opening of Afro Indian Investment Summit 2022 together with the centennial 100 years celebration of the Indian Association Uganda on Thursday at Munyonyo Commonwealth Resort Hotel in Kampala, His Excellency the President called upon more Indians to explore the business opportunities in Uganda.

He said former President Idi Amin’s expulsion of Asians from Uganda in 1972 not only disturbed the relationship between Uganda and India but also discouraged wealth creation.

“When we came into government, we found some of the Africans sitting in Indian properties about 8,000 of them. I told these people, get out of these shops,” H.E Museveni said, adding that it was not only an act of immorality and not being strategic but was also not necessary at all.

The President said this is why some Africans sort of stagnated because, at independence, some of the African countries like Uganda and Ghana were ahead of others like Singapore because of the bad attitude of the non-indigenous investors.

The President, who identified himself as a distinguished cattle keeper and a farmer which makes him a wealth creator, said his government did not see any problem with Indian investors who used to buy their produce and in turn, import what Uganda did not have. “Our relationship with these people was symbiotic. We were farmers of cows, goats and crops. We would sell them milk, bananas, hides and skins etc, then they would bring sugar, salt, textiles, paraffin etc. Therefore, we didn’t see how these people were exploiting us like Idi Amin was saying,” Gen Museveni said, adding that Idi Amin was not part of the wealth creation group.

The President called upon Indians to invest in untapped areas like fertilizers which have become expensive as a result of the Russia-Ukraine standoff.

“I’m inviting you to invest in the area of fertilizers because now people are crying that because of the war in Ukraine, the price of fertilizers has gone up,” he added. 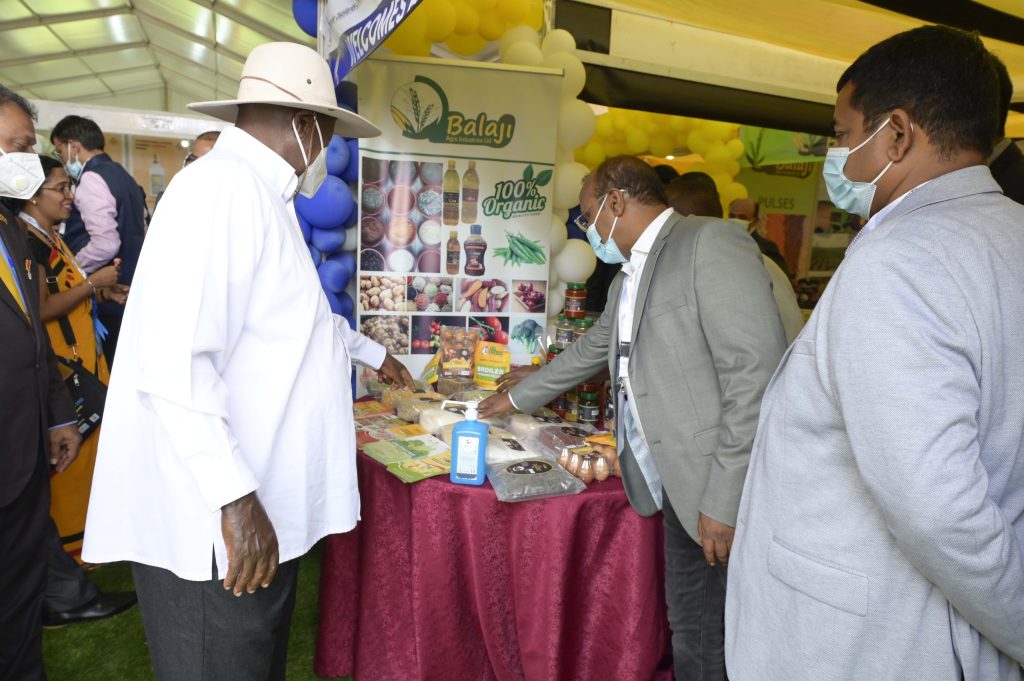 Gen Museveni said Uganda is Peaceful, Pleasant, and Profitable given the policies of the country.

He assured Indian investors of a ready market for their products not only from the growing Ugandan population but also from East Africa.

According to the President, given Uganda’s population of 43 million, the population of 300 million people of the East African Community and the continental free trade area of 1.4 billion people in the whole of Africa, the market for products is no longer a problem. 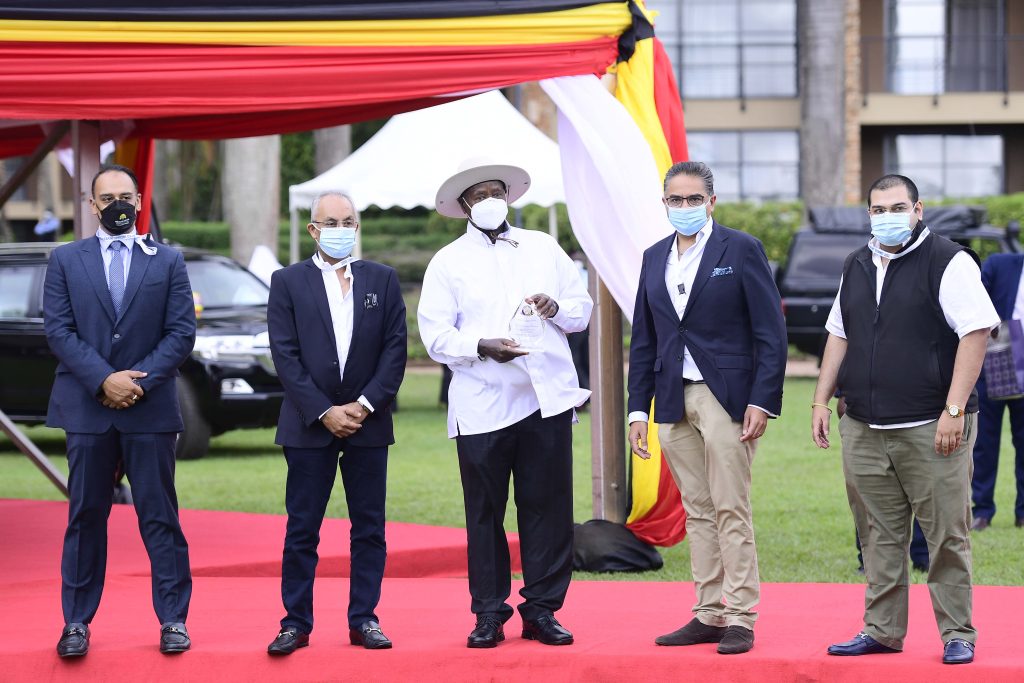 “We have also negotiated market access with the USA, European Union and United Kingdom (UK) and China. So, producing here will enable you to access those markets,” he said, adding that the government is doing its part to reduce the cost of production by modernizing the infrastructure and improving transportation, among others.

The Minister of State for Investment, Hon. Evelyn Anite, told the president that the conference is among the initiatives to promote Uganda as the best investment destination in Africa and to recognize his efforts and the support he has given to Ugandans.

She thanked the president for returning over Indian properties which have given birth to now over 1,139 Indian investments and factories in Uganda employing tens of thousands of Ugandans.

“As I speak, we have returned four thousand and sixty-three (4063) properties,” Minister Anite said.

Minister Anite further reported that deals amounting to US Dollars 169.5 Million worth of new investments have been signed.

The UK Trade Envoy to Uganda, Lord Dolar Popat, who is also a Member of the House of Lords of the United Kingdom, hailed the president for improving Uganda’s investment environment. He said together with the Minister of Trade in Uganda, they launched the government growth gateway that will see more U.K. countries setting up businesses in Uganda.

“I want to emphasize that Uganda is an important part of trade and investment in the U.K. and we will support Uganda in becoming more prosperous by supporting the private sector by increasing exports,” Lord Popat said.

The conference was also addressed by Mr Mohan Rao, Chairman of the Indian Association Uganda, which is celebrating 100 years of existence in Uganda. 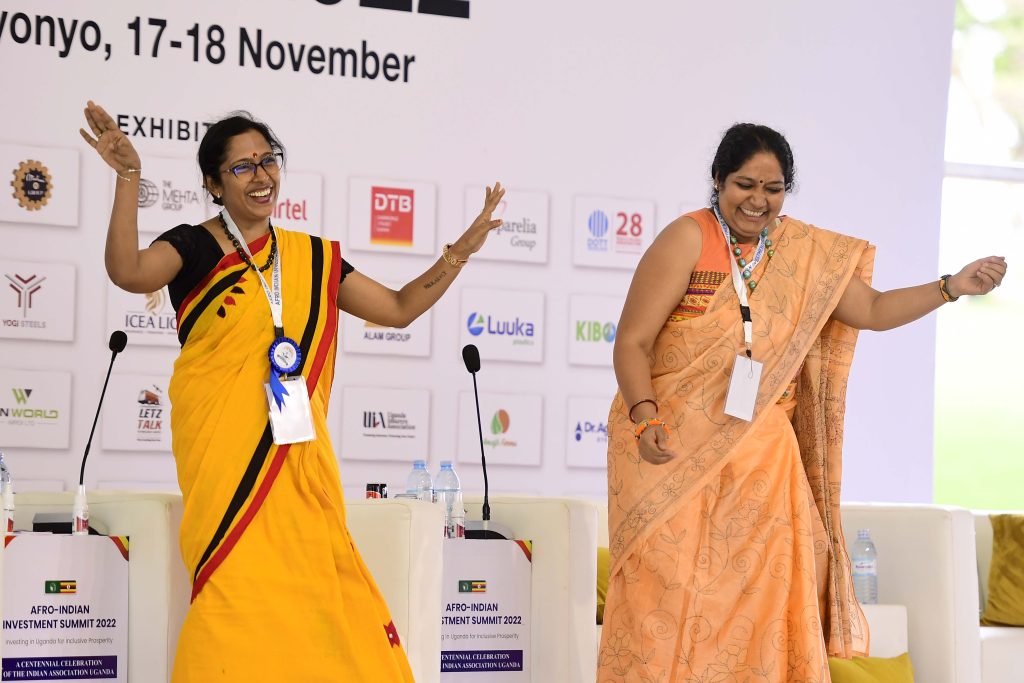 Others were; Mr Sitaram Reddy of SR Agro, Jay Patel of MMP group and Mr Ashish of Modern group of companies, all showering praises on the NRM government for the peace and stability that has enabled business growth.

In attendance were among others, ministers; Hon. Matia Kasaija (Finance), Hon. Okello Oryem (State for Foreign Affairs), officials from Uganda investment authority, and Ugandan investors, among others. 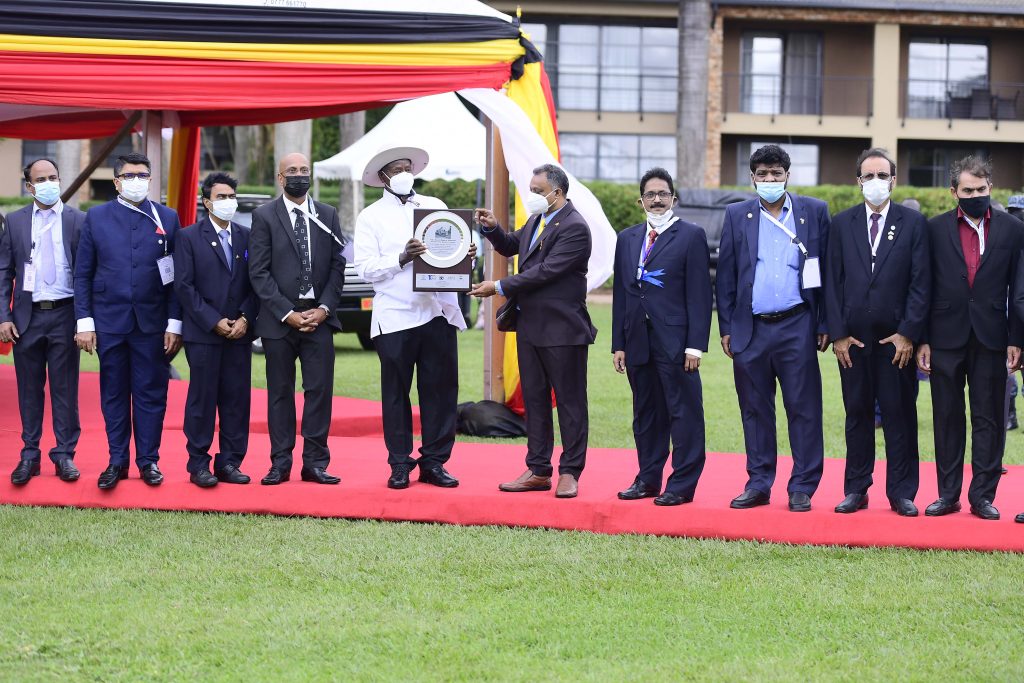 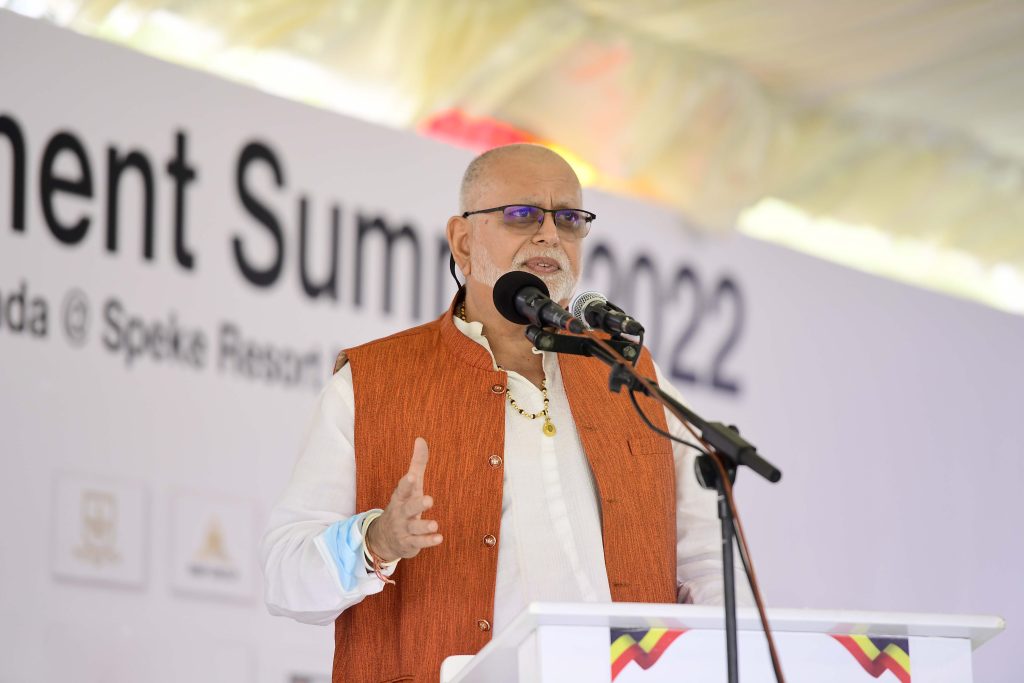 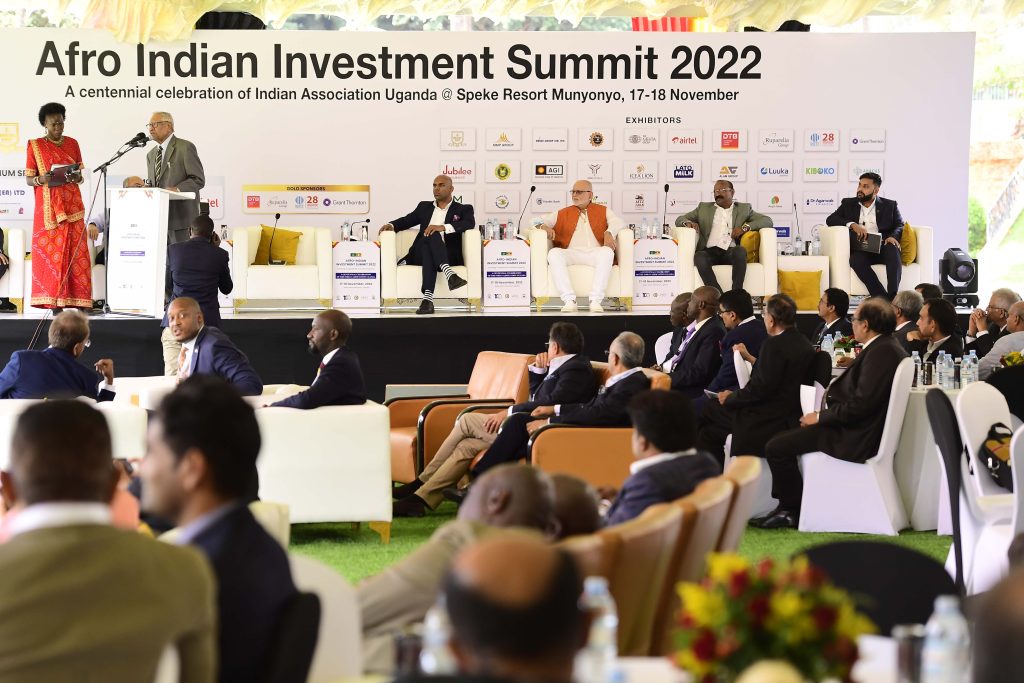