Museveni in Tanzania to Discuss Trade, Oil and Gas pipelines with Magufuli

Museveni in Tanzania to Discuss Trade, Oil and Gas pipelines with Magufuli

President Yoweri Museveni is in Tanzania on a visit seeking to among others strengthen the bilateral relations and trade cooperation between Uganda and neighboring Tanzania.

The President arrived in the Tanzania Capital, Dar es Salaam on Thursday for a one-day working visit. He will hold talks with his counterpart, President John Pombe Magufuli at State House touching on issues of trade.

Museveni was received by President John Pombe Magufuli at the Julius Nyerere International Airport to state ceremonies including a silent guard and cultural performances.

The two leaders are expected to discuss various issues affecting trade relations between their countries and in the region.

It is expected that the two leaders will also discuss the 2nd Joint Permanent Commission (JPC) with Tanzania that will be hosted in Kampala from August 21-23, 2018 to review the implementation of decisions agreed upon in various sectors including the East African Crude Oil Pipeline and proposed gas pipeline from Tanzania to Uganda.

President Museveni is accompanied by the Minister of Trade, Industry and Cooperatives Hon. Amelia Anne Kyambadde and her delegation.

Among the key areas in which the ties between Uganda and Tanzania have recently been bolstered is the oil and gas sector.

Last year, the two leaders laid foundation stones (at Chongoleani in Tanga and at Luzinga in Kyotera district) to pave way for the construction of a 1,445-kilometre oil pipeline, planned to run from Hoima District in mid-western Uganda to Tanzania’s southern Tanga Port on the Indian Ocean coast.

The Tanga route was selected over Kenya on basis, among other factors transit fees of $12.2 (Shs 40,321) per barrel, environmental considerations, flat terrain profile, limited infrastructure constraints, Tanzania’s convenient land tenure system, and Tanga port being conveniently available for use. 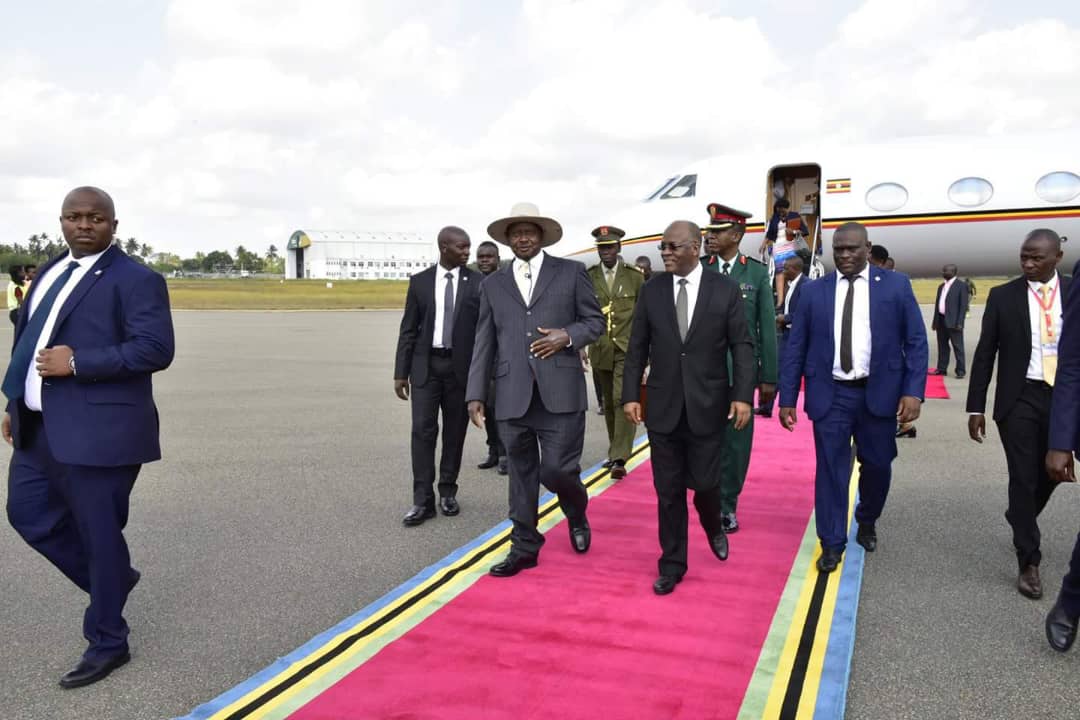