President Yoweri Museveni has lauded Miss World Africa who doubles as the reigning Miss Uganda, Quiin Abenakyo as espousing the true definition of beauty with brains.

Museveni said this in a statement late on Wednesday after he hosted Miss Uganda at State House Entebbe. The beauty queen who emerged among the Top 3 in the recently concluded Miss World 2018 contest in China returned to Uganda on Wednesday afternoon since the contest.

She received a warm welcome at Entebbe International Airport by government officials, family, friends and fans. Her father was also present and expressed pride in Abenakyo’s performance.

“I congratulate our muzukulu on these accolades and also salute her for recently completing her university degree course. She is a true definition of beauty coupled with brains,” Museveni wrote in a statement on Facebook.

He also hinted on Abenakyo’s role as an advocate of responsible living among young people, with focus on helping young girls lead responsible, healthy lifestyles.

“I must commend Abenakyo’s parents for raising her with values,” the President said.

He credited her for choosing to be patient and complete school as opposed to other choices like promiscuity which other young people partake in.

“Many young people today rush into promiscuity and ruin their lives, yet a little patience and completing school would give them a foundation on which to enjoy the rest of their lives with their spouses”.

The President described the 22-year-old beauty queen as “a tall, beautiful Musoga girl” and pledged government’s support towards Miss Uganda Foundation, the entity that organizes the beauty pageant.

He however implored Abenakyo to reconsider the kind of accessories she wears, particularly the hair. Museveni was concerned that she was wearing Indian hair.

“I have encouraged her to keep her natural, African hair. We must show African beauty in its natural form”.

The chief executive for Miss Uganda Foundation, Brenda Nanyonjo as well as the father and relatives to Abenakyo were also present. 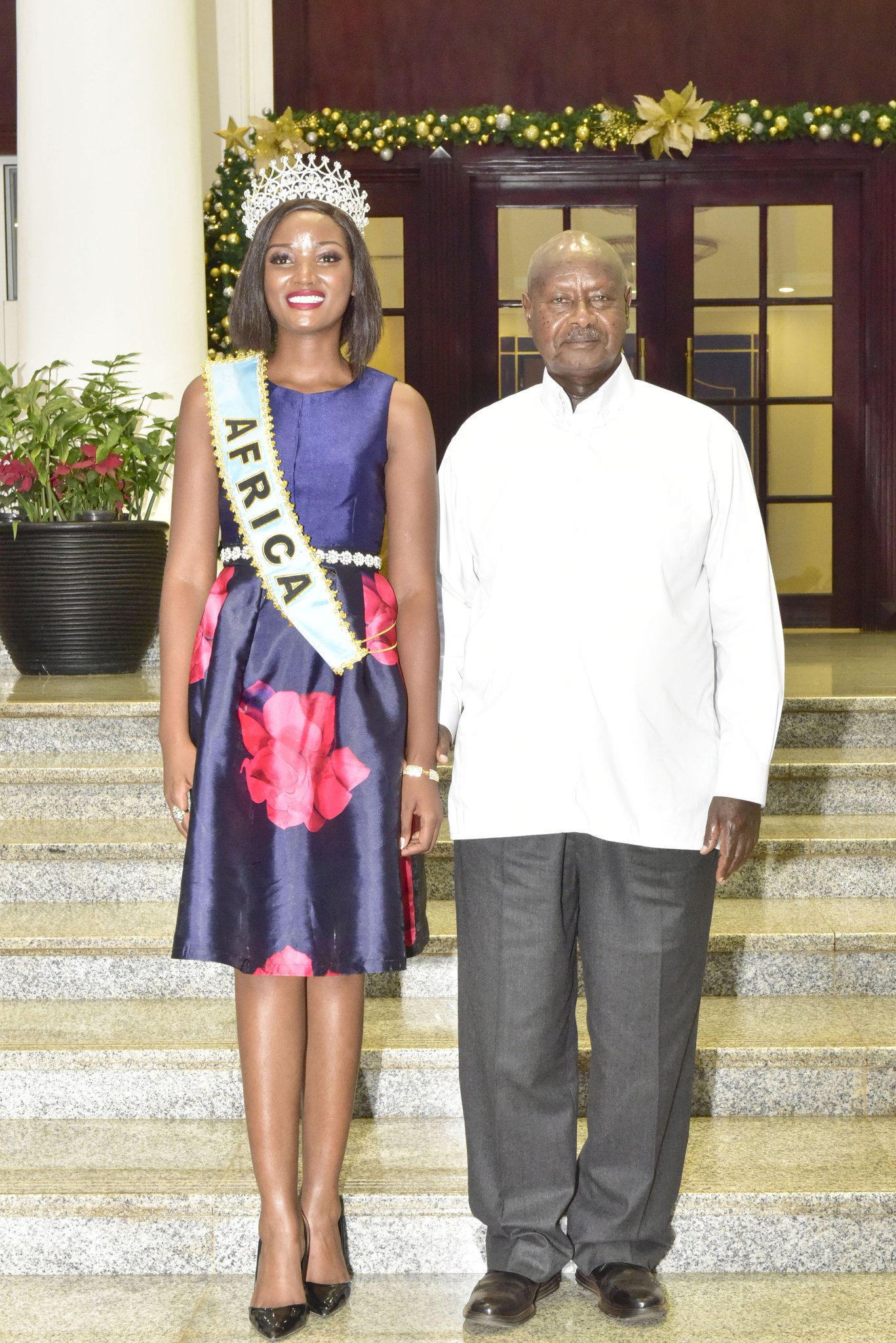 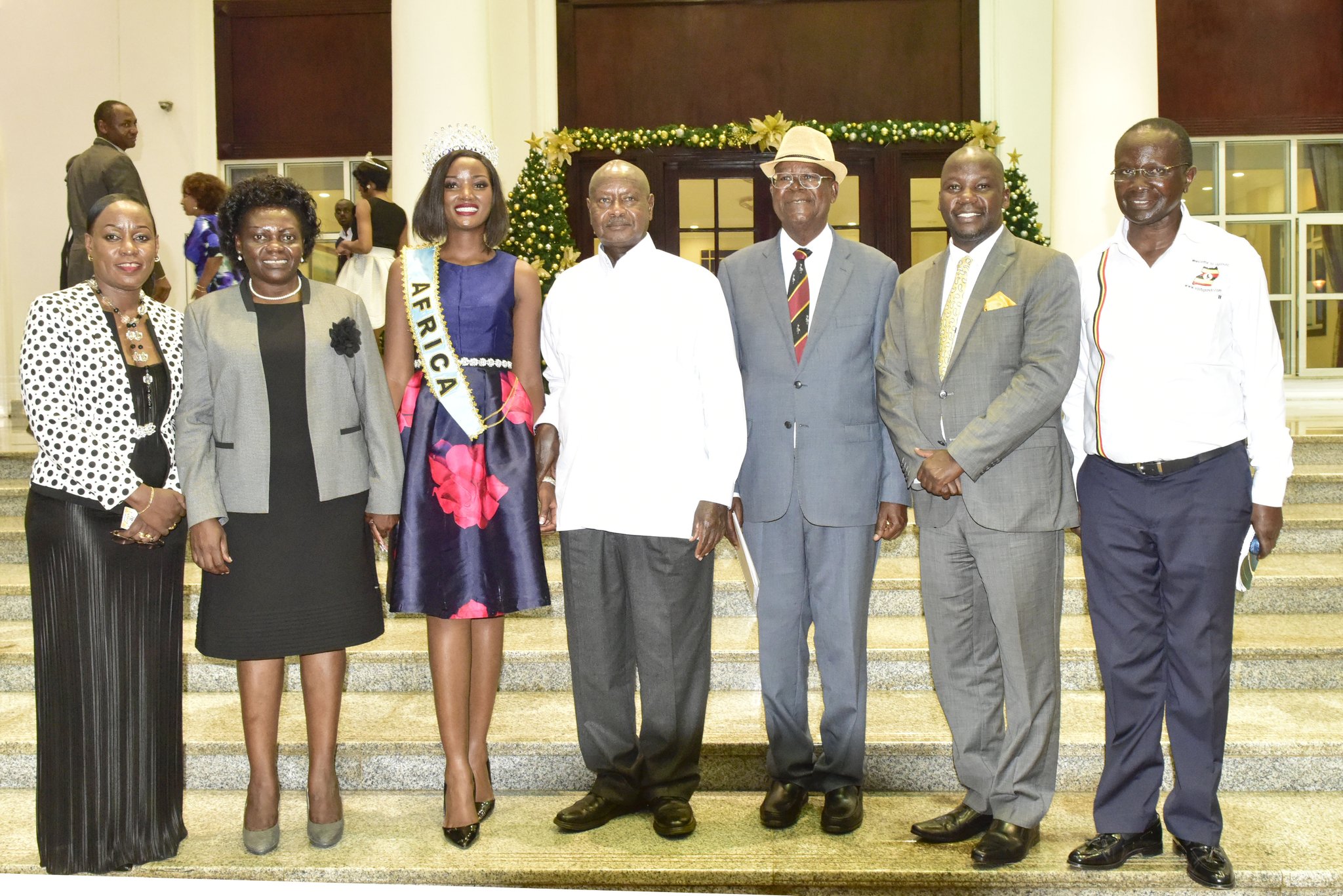