Museveni: Having Unemployed Youth Who are Educated and Healthy Isn’t a Bad Thing

Museveni: Having Unemployed Youth Who are Educated and Healthy Isn’t a Bad Thing

President Museveni during the graduation ceremony of the first cohort of the Skilling the Girl Child Initiative in 2017.

President Yoweri Museveni has challenged those who repeatedly bash government for the high rates of unemployment among the youth, saying this is not a problem but rather an advantage.

The World Bank Status of Youth Report of 2016 placed the rate of unemployment in Uganda at 83%. Many of the opposition actors and critics of government say it needs to do more to create employment for the over 40,000 graduates that are churned out every year.

Formal employment opportunities average at about 13,000 annually. This implies that the bulk of the young graduates will either employ themselves (faces with a challenge of capital), opt for employment that is below their qualifications or remain idle.

But President Museveni says that his critics are misguided and need to appreciate the strides made by his government.

In his Sunday address, the President gave highlights on the achievements made by the NRM government in the sector of education which has seen the literacy rate rise from 43% in 1986 to 70% currently.

He also said that government eliminated the health risks that previously threatened the lives of children in Uganda, through mass immunization campaigns.

The high levels of literacy and chance at life (due to immunization) therefore places the youth in Uganda at an advantage compared to what the situation was in the past, he said.

“People are saying there is unemployment. Is this a bad thing? Remember where we started. We immunized these youth and they didn’t die,” he said.

He said that since there are parents who did not plan for their children, government has taken on that role by investing in universal education and other programs to skill and create jobs for the youth. This, he said, is meant to bequeath wealth to them as tradition demands.

He cited initiatives like Skilling the Girl Child as well as other youth groups that have been given capital, land and equipment to engage in small industries.

“These youth are not a problem but an asset. The purchasing power of Uganda is growing. If our youth are helped to produce goods, the Ugandans will buy them; or they will be bought in the region; or, if the quality is assured, those goods will go to external markets,” said the President.

He said that with the necessary support such as training, the youth can engage in food processing, knitting, carpentry, maize milling among others while those with high skills can get involved in ventures like Kira Motors (car manufacturing) using the government provided Innovation Fund.

Museveni however noted that some of the youth are being derailed by problems like drugs. He said that there are plans to establish rehabilitation centres to help the affected youth. 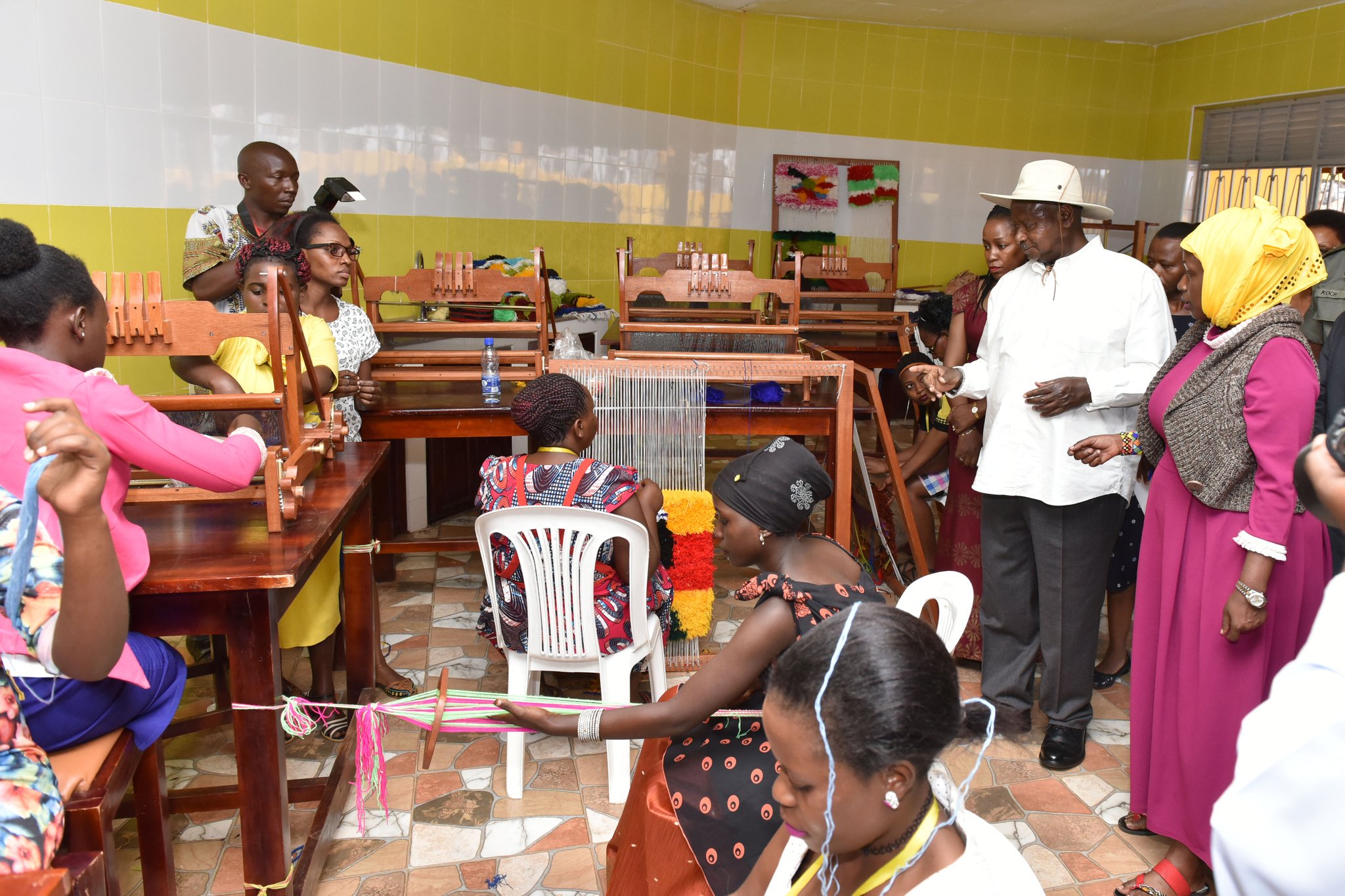