President Museveni has met a section of leaders from the National Forensic Science University of India at State House, Entebbe.

“We talked about starting a specialised Forensic University here and I welcome it,” Museveni said after the meeting.

According to him, the university will significantly improve the efficiency of security agencies in Uganda and the Region.

Once erected, Uganda will become the first country in Africa to provide specialized training in forensics to security and law enforcement agencies as well as other sectors of Government and the Private Sector.

The University will also be the first in Africa and will be affiliated with the National Forensic Sciences University (FSU) of India, which provides training in forensic, behavioural, cybersecurity, digital forensics, and allied sciences.

“That’s a very good plan because it deals with capacities in the forensics of cyber, biochemistry and UAVs which are all needed for security, defense but also anti-crime,” Museveni said.

According to him, if the University starts operations in November this year, Uganda will have a high potential for cost recovery where people, especially government departments and private businesses like banks will pay to boost the capacity of their staff in forensics.

According to Uganda Peoples’ Defense Forces Chief of Training, Brig. Gen Mathew Gureme, up to 130 acres of land have been allocated between the Uganda Junior Command and Staff College Gaddafi, Mpumudde and Kimaka where the university structures will be established.

Brig. Gen. Gureme informed the President that the establishment of the National Forensics Science University in Africa will take four phases with the first one expected to start this November 2022 to March 2023 with four post-graduate diploma courses in cyber security, digital forensics, homeland security and the fourth in fingerprint science and question document. 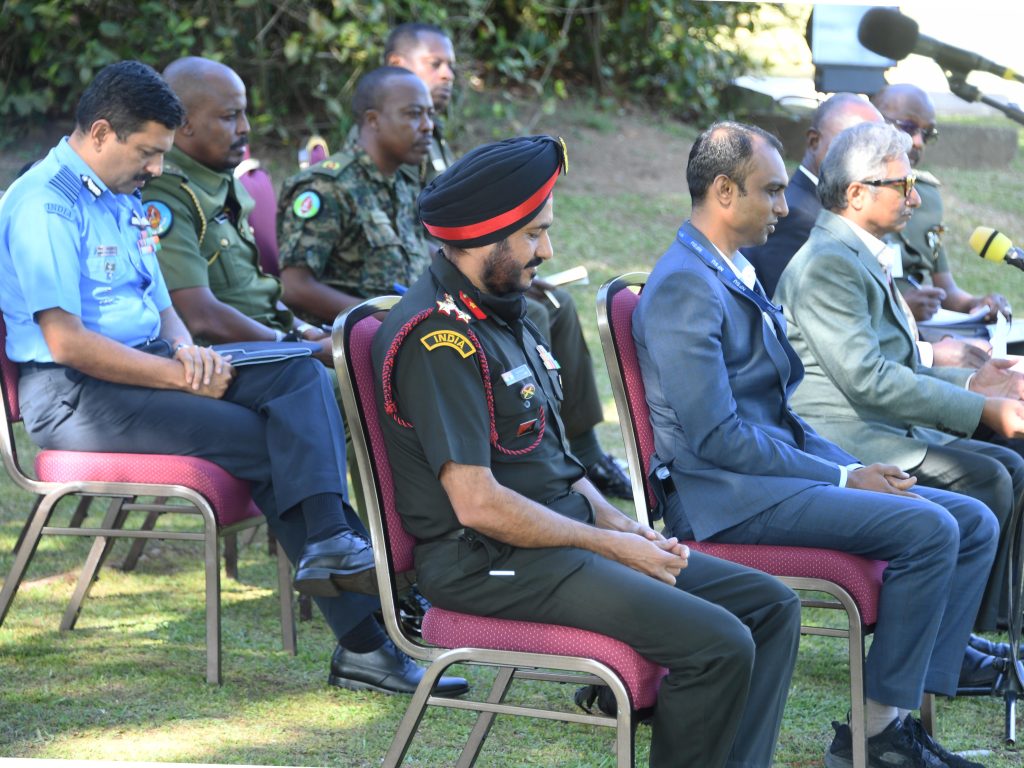 He said that more than ten (10) different courses which will target the judiciary, law enforcement agencies like the police, UPDF, the Banks, Insurance and Uganda Wildlife Authority would also be introduced.

The Indian visitation team has identified seven 7 technical staff, comprising 3 civilians and 4 staff already working with the Ministry of Internal Affairs. All these are qualified with Master’s Degrees in Forensic Science from India.

“We request Sir, that they be attached to the Ministry of Defense for this period because they want to develop them as the future professors who will run the school,” Brig. Gen. Gureme said, adding that 23 people who have already done the course have been identified to start as teaching assistants at the university.

“The University has encouraged us to start a roadmap for a Doctor of Philosophy (PhD) with these people so that they become the future professors in the next 5 years to run the university,” Brig Gen Gureme noted.

“They also plan to put a state of art cyber defense center, the first one to be established outside India,” Brig Gen Gureme said.

The establishment of the Defense center is expected to cost about 20 billion dollars. 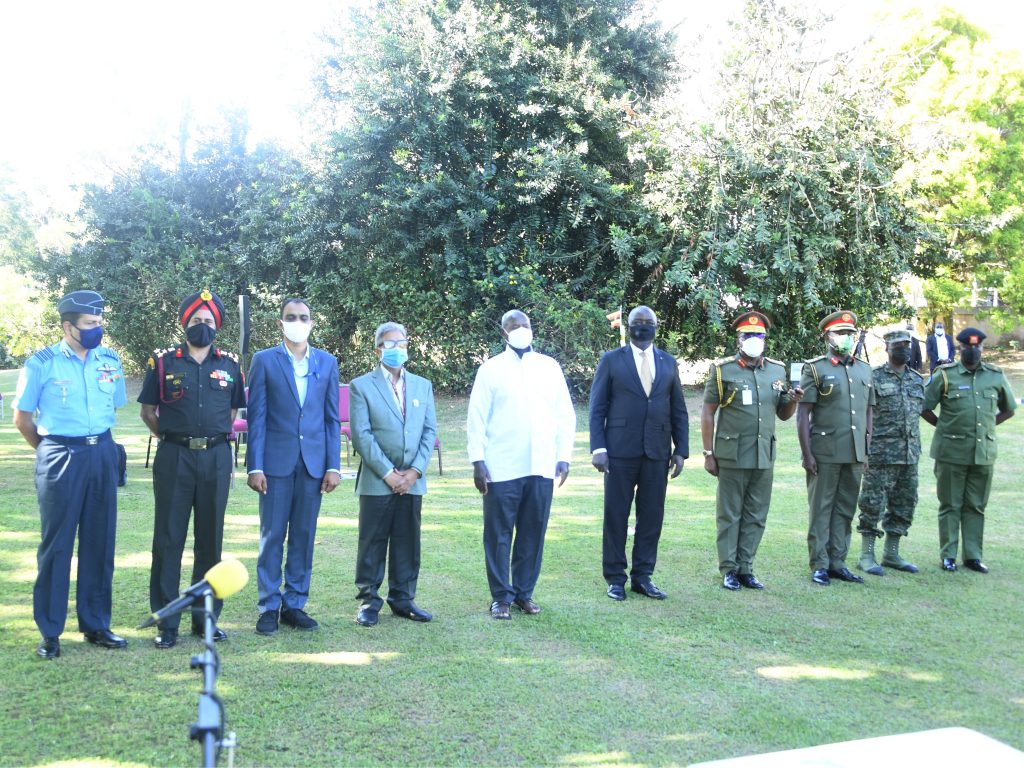 Prof S. O. Junare, Director at National Forensic Sciences University, assured the President that they will conduct specialized programs for defense of the army, police and students.

The delegation was led by the Minister of Defense and Veteran Affairs Vincent Bamulangaki Ssempijja. He was accompanied by Maj Gen Leopold Kyanda, Maj Gen Edgar Kalyebara and Maj Peter Atugonza who is the coordinator of the National Forensics Science University in Uganda.

President Museveni said he will invite Indian Prime Minister Narendra Damodardas Modi to come and commission the University once its construction is done.

For the start, the university will be housed in the renovated structures at the Uganda Junior Command and Staff College Gaddafi.