President Yoweri Museveni has met with newly sworn in President Felix Tshisekedi of the Democratic Republic of Congo (DRC) and discussed among others the issue of Allied Democratic Forces (ADF) rebels who continue to pose a security threat.

Museveni and Tshisekedi met at the Sheraton Hotel Addis Ababa, Ethiopia on Tuesday on the sidelines of the 32nd Ordinary Summit of the African Union Heads of State.

It is the first time President Museveni is meeting with President Tshisekedi since he won the elections in DRC in December and was subsequently sworn in last month.

According to a statement by State House, the two leaders discussed key matters in relation to the common border, notably; the ADF and Ebola threats, which issues when eliminated could lead to improved relations in other areas such as- trade.

Museveni called upon his counterpart to work towards the extermination of the ADF in Eastern Congo, said the statement.

“They (ADF) are not a big problem, they will be jointly and materially eliminated,” President Tshisekedi is quoted as having said.

Since the late 1990s, the ADF has operated in the DRC’s North Kivu province near the border with Uganda.
While repeated military offensives against the ADF have severely affected it, the ADF has been able to regenerate because its recruitment and financial networks have remained intact.

The ADF have been blamed for the 2016 Beni massacre and also for an attack in North Kivu on December 7, 2017, which killed 15 UN peacekeepers, all Tanzanians, as well as 5 Congolese soldiers.

However, the government of Uganda has in the recent past carried out strikes to repulse activities of the insurgents

In December 2017, the Ugandan army said it had killed over 100 ADF militants in strikes and artillery launched by the UPDF.

The preemptive attack followed coordinated intelligence by the military of both Uganda and the DRC.

Jamil Mukulu, the former Leader of the ADF who is currently jailed at Luzira Prison in Uganda faces faces 20 counts including terrorism, murder, aggravated robbery, attempted murder and belonging to a terrorism group – ADF. 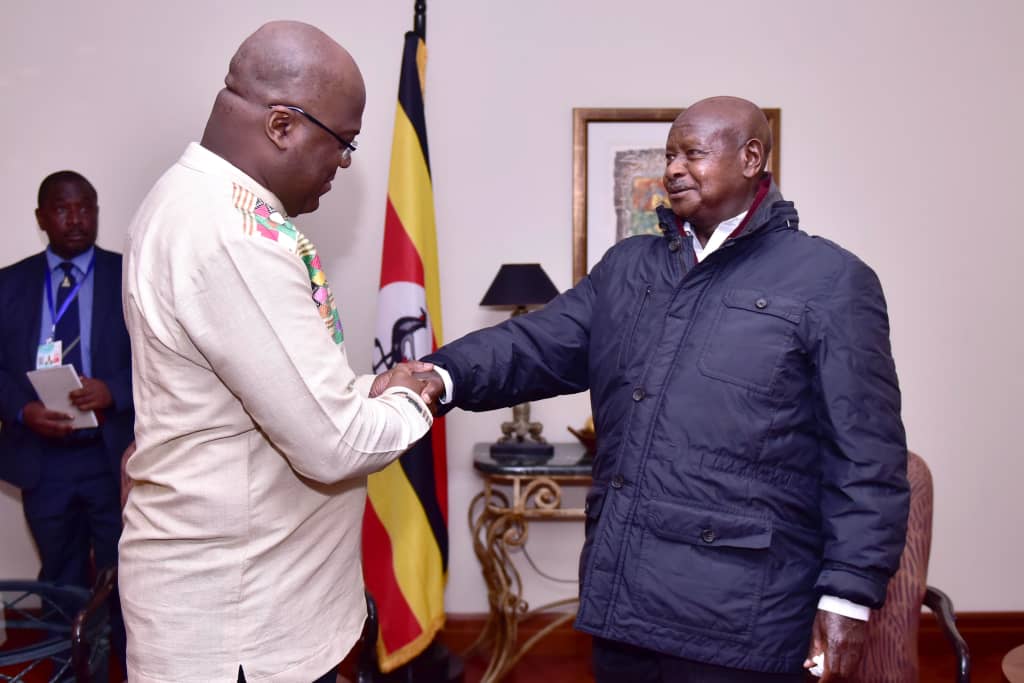