President Yoweri Museveni has appealed to government agencies that deal with facilitation of investments in Uganda to ensure that the processes are not costly or lengthy.

He said that agencies like Uganda Investment Authority (UIA) need to ease the process of acquiring work permits by investors so as to help improve the investment climate in the country.

The President made the appeal on Sunday while commissioning Good Will Ceramics Company Limited, in Kapeeka, Luwero district.

The industry which sits on 26 acres of land and situated in the Liao Shen Industrial Park was established in May last year with an investment capital of USD 30 million. It commenced production in April this year with an output capacity of 40,000 square meters of tiles per day and about 200 different tile designs.

“It is not right to make these permits so expensive. UIA must automatically resolve these matters for all factories instead of making investors beg and lobby,” Museveni said.

The factory manufactures and supplies well coated tiles made from over 90% locally sourced raw materials from all corners of Uganda to serve both local and neighboring countries’ markets. The enterprise has been able to create about 2,000 jobs for both skilled and non-skilled employees.

Mr Museveni appreciated the Chinese people for the big contribution that they have made in Uganda. He added that with the new ceramic industry, Uganda has been able to save USD 35 million that would have been lost through using imported tiles.

“The factory here alone will earn USD 50 million and employ 2,000 people. You can see the potential of these industries,” he noted.

On matters of environment, he warned against people encroaching on wetlands saying that the wetlands are very vital in preserving water for crops and for factory use. Museveni promised to chase the local leaders like Chief Administrative Officers (CAOs) if they did not stop people from encroaching on the swamps.

Trade, Industry and Cooperatives Minister, Amelia Kyambadde thanked President Museveni for equipping the rural and urban youth with capital and equipment that has helped them get jobs. She commended Goodwill Ceramics Company for the good quality products that it is producing affordable price.

“I encourage Ugandans to buy their products. I have already bought these products. Ugandans must change their mindsets of thinking that local products are not good. We used to talk about commodity trade, now we talk about value addition,” she said.

On her part, State Minister for Privatization and Investment, Evelyn Anite noted that Uganda is increasingly encouraging the establishment of manufacturing industries that have promoted the production and consumpion of these products by the local and international markets. She added that this was possible because of the peace brought by President Museveni and the good government incentives given to investors.

The Managing Director of Goodwill, Frank Yang thanked the President and the Government of Uganda for clearly demonstrating support to investors in Uganda by allowimg them to grow development roots in the country.

He hailed Mr. Museveni for the peace and security that he has created which has been conducive for the ceramic company to be established. He also hailed the people of Kapeeka for their loyalty, professionalism and support.

Yang further appreciated Gen Salim Saleh, for having offered tremendous support during the beginnings of the company.

He assured the President that production of tiles from Uganda will contribute to industrialization, increased revenue and creation of jobs in Uganda. He was happy to note that since the production process started, the price of tiles in Uganda has been reduced drastically by 25%.

“This company will reduce the dependency that Uganda has been having in buying imported tiles,” he said.

During the ceremony, President Museveni pledged Shs 20 million to Kapeeka SACCO and donated a motorcycle to the Chairman of Kapeeka in form of cash. 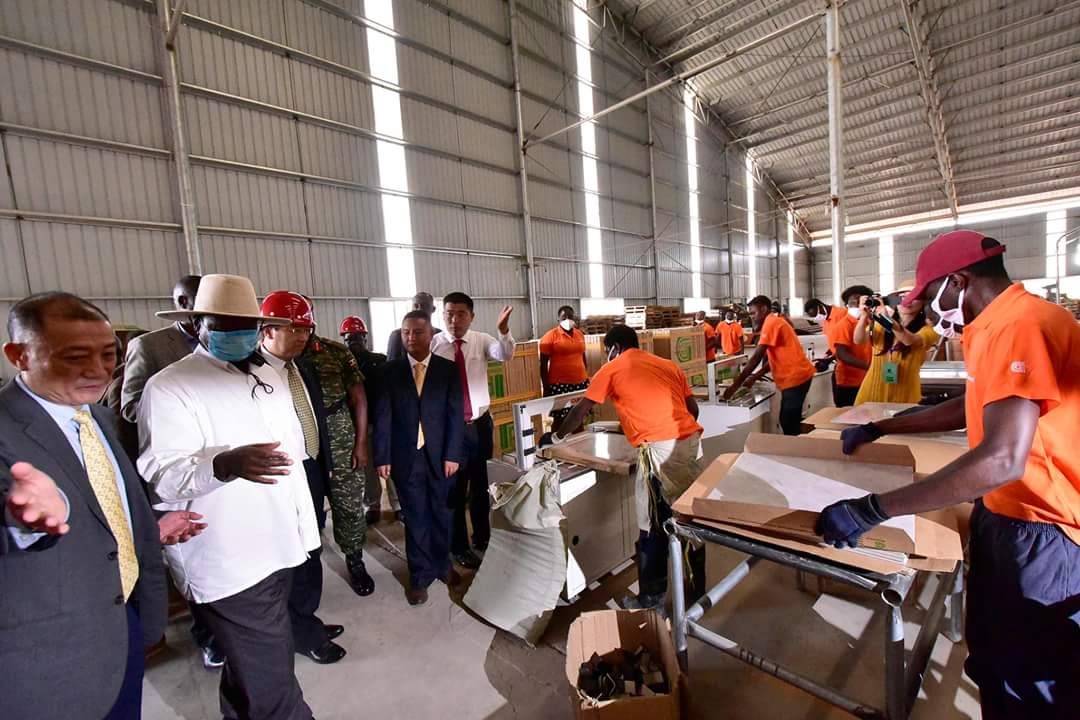 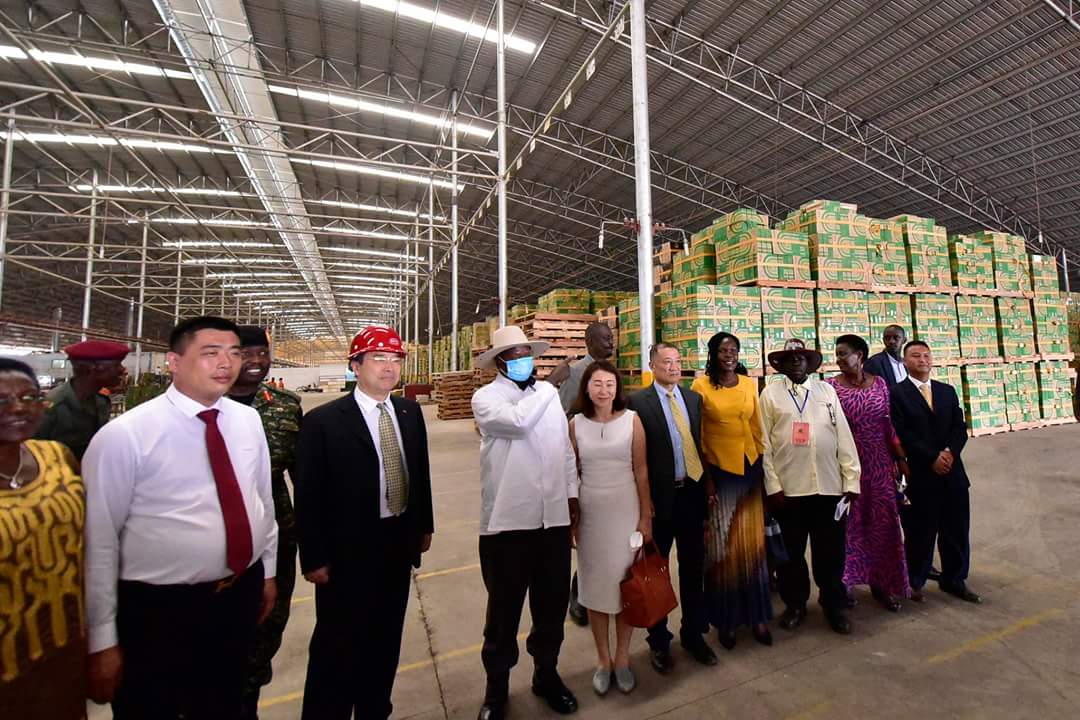 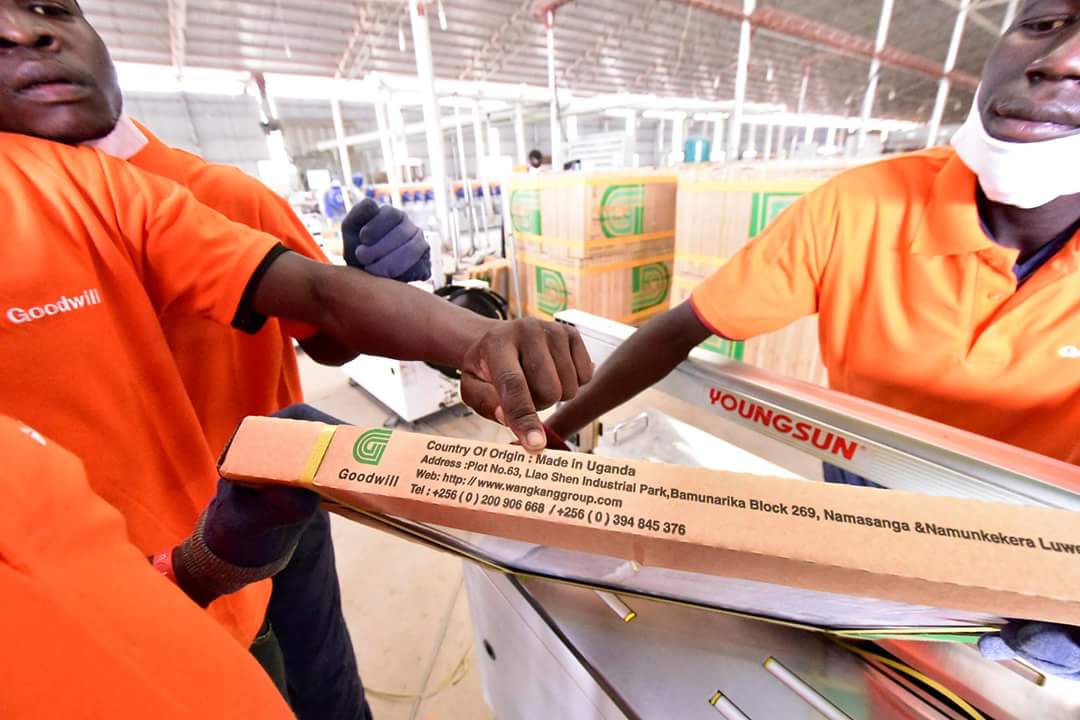 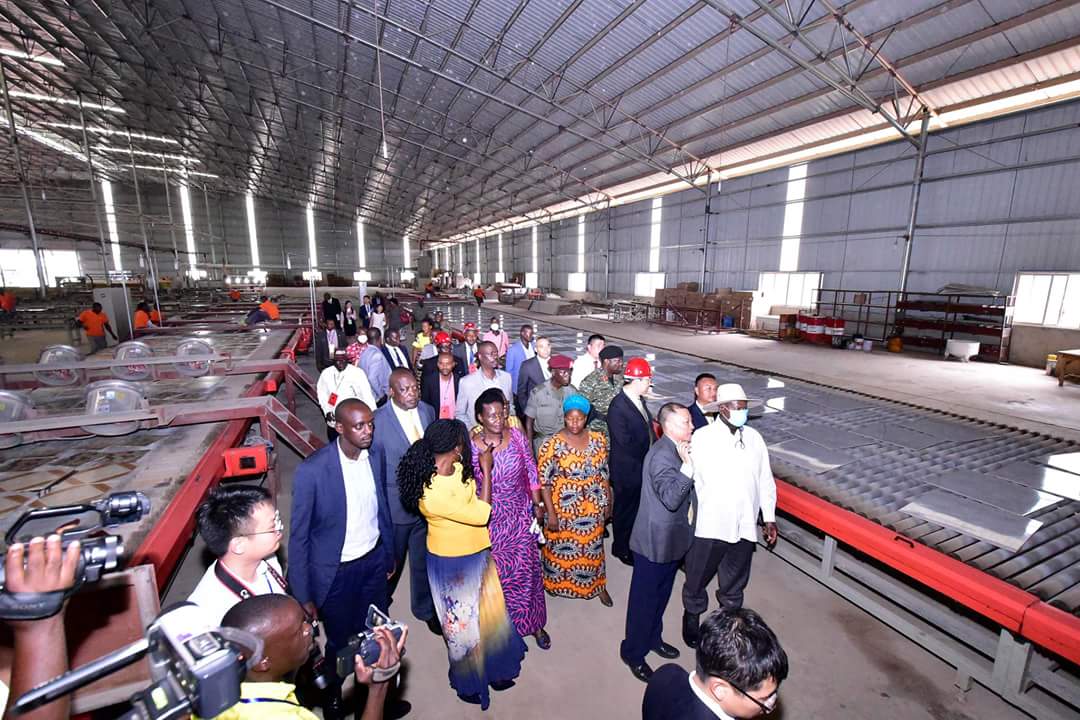 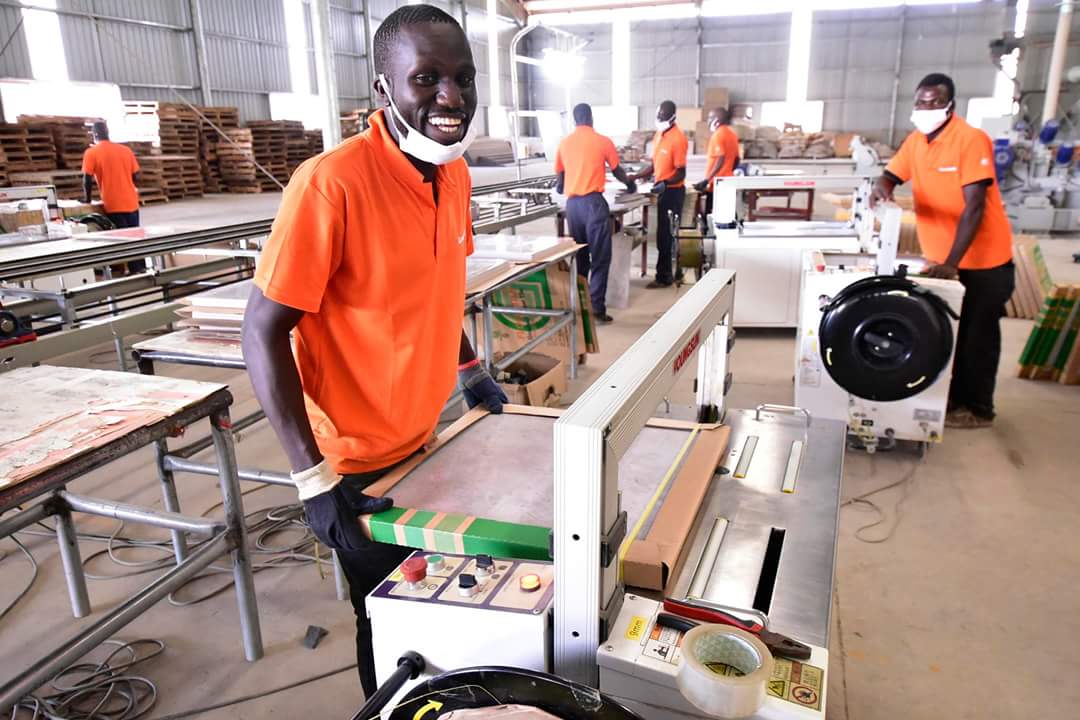 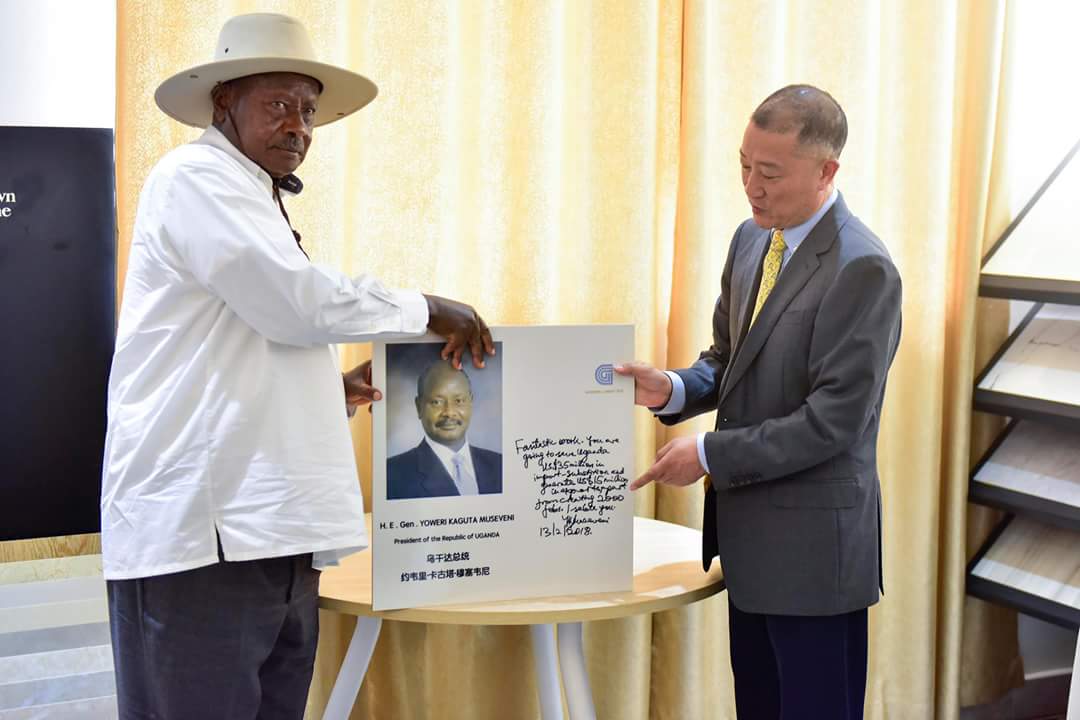 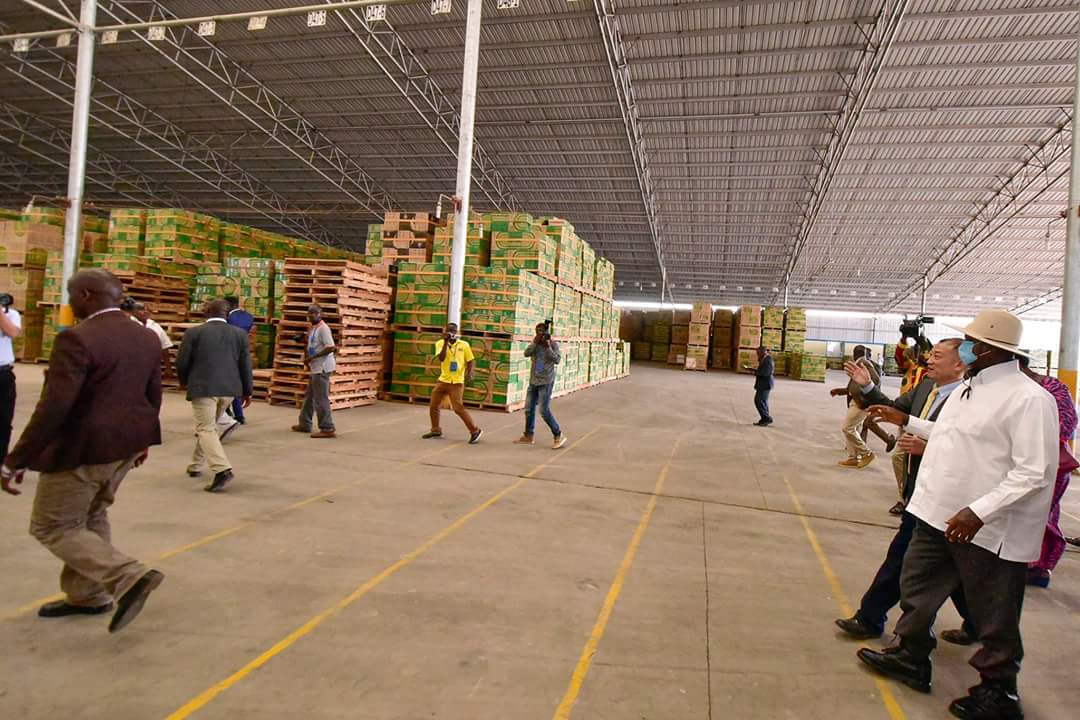 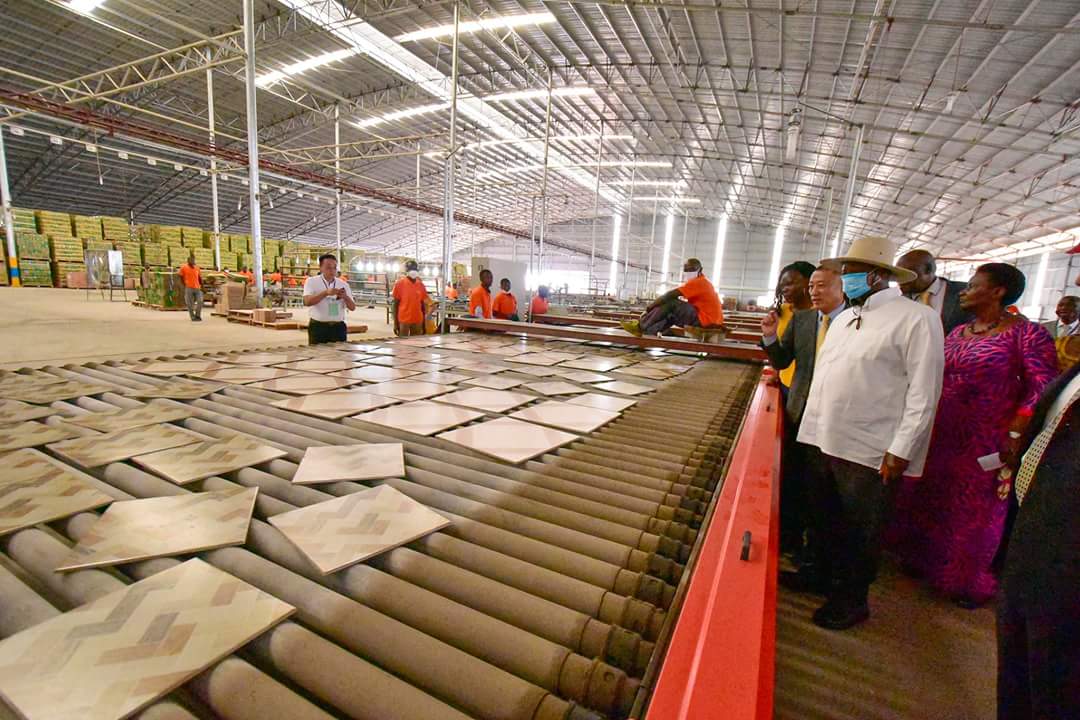