The President and Commander-in-Chief of the Uganda Peoples’ Defence Forces His Excellency Gen Yoweri Kaguta Museveni has applauded the UPDF for having effectively applied the concept of the Combined Arms Doctrine, which he said has been crucial for the success of the ongoing Operation Shujaa.

“That capacity to be able to say how do I package these elements in order to have maximum damage on the enemy and minimum cost to myself? That capacity is very crucial for any high-level Commander at the strategic, operational and even tactical-level,” the Commander-in-Chief added.

The Commander-in-Chief applauded the Air Force’s reconnaissance role which he said enabled them to inflict heavy losses on the ADF rebels on the first day of the operation by using the Air Force and long-range artillery which was later followed by the advancement of the infantry.

President Museveni made the remarks while officiating at the pass out of sixty-two Squadron Officers who were undergoing a six months Squadron Officers’ Course at Uganda Airforce College, Nakasongola where he gave a lecture of opportunity and commissioned the Air Command and Leadership Training Centre.

“I would therefore like to take this opportunity to congratulate you for finishing this course. I would also like to thank the army leadership for finally moving towards internal training,” said President Museveni.

The Minister of Defence and Veteran Affairs, Hon. Vincent Bamulangaki Ssempijja said the Ministry and UPDF remain committed to implementing the President’s strategic directives which power the efforts to enhance the capacity and skills of our gallant forces. 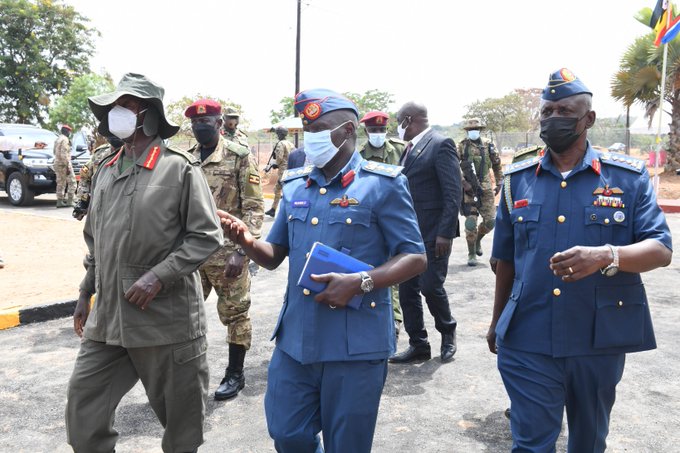 “There is no doubt that this level of training and other earmarked courses of this kind will certainly create the much-needed strategic momentum in our airpower so as to be able to efficiently complement the land power,” said Hon. Ssempijja.

Speaking at the same function, the Deputy Chief of Defence Forces, Hon Lt Gen Peter Elwelu, stressed the importance of leadership, especially in the Armed Forces and added that there is need to focus on leadership development.

“You can have all the best aircraft, best weapons but if you have useless leadership, those weapons will be taken by the enemy. Leadership is one of our very critical elements in enhancing our fighting power as a force,” the Deputy CDF said.

Lt Gen Elwelu revealed that now every service has the capacity to train its junior leaders to middle-level leaders at a strategic level at the National Defence College and Operational level at Senior Command and Staff College Kimaka and soon establishing a School of Combined Arms Training.

In his remarks, the Commander of Air Force, Lt Gen Charles Lutaaya congratulated the graduands and thanked them for their patience, perseverance and hard work towards finishing the program and urged them to be critical thinkers and proponents of airpower so that they are useful commanders and staff in their squadrons and any UPDF joint operations environments they will be deployed in.

“The execution of Air Force mission and vision necessitates a competent and well-trained human resource who are a foundation of a modern Air Force. With the guidance of the Commander in Chief the Air Force has concentrated all training programs at Nakasongola,” Lt Gen Lutaaya said. 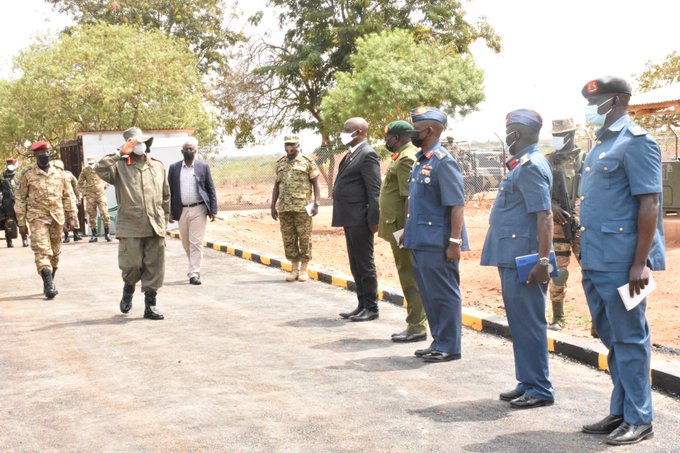 The Commander Air Force noted that the squadron officers’ course will enable officers apply airman’s perspective to the joint warfare environment because air power exploits some of the principles of war better than any surface forces given the thin line between tactical and strategic levels of war.

The Commandant of the Uganda Air Force College Col James Muhwezi implored the graduands to prepare themselves physically with focus and commitment to overcome the ever-challenging rigorous tasks that may build them to become the squadron officers Uganda needs. He added that the course was designed to develop staff in command, Leadership and management skills for Air Force Squadrons and regiments of Ground Base Air Defence System. 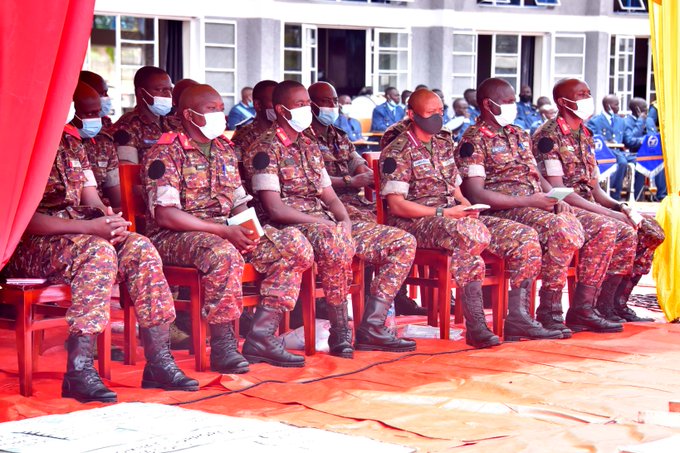 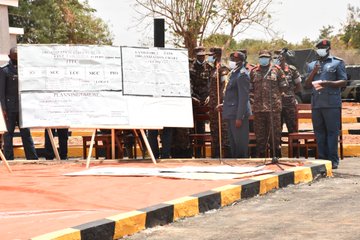