On October 6, the former FDC General Secretary for Mbarara district released a statement through the press indicating 61 names of influential FDC leaders resigning their positions and crossing to Mugisha Muntu’s camp.

“We FDC leaders of Ankole sub-region gathered here, hereby inform members of the press and the general public that with effect from today (26th October), have officially resigned our leadership positions in FDC party and therefore have ceased to be members of the Forum for Democratic change,” the statement read

However, on Tuesday, the FDC Deputy National Treasurer, Francis Mwijukye, said that members who defected from FDC are not known in the party’s leadership system.

The Buhweju Member of Parliament said this while meeting some of the remaining FDC staunch leaders in Ankole region at Grand Holiday hotel in Mbarara town.

Mwijukye added that as party members, they are not shaken by Muntu parading “fake members” from FDC that are not anywhere in the party structures.

MP Mwijukye added that the party leadership organized a meeting with leaders of Ankole sub-region on Monday to audit the list that was published in the media and make the party’s way forward.

“On Monday, we had a meeting with Ankole FDC leadership in Ankole sub-region, among the things we were discussing was the list that was published in most of the media purporting that some senior FDC leaders had crossed from the FDC to the New Formation,” said Mwijukye.

He said that the party leadership found most of the names on the list unknown.

“For example, in Kiruhura, out of 16 people that were published on the list, only 3 are known who crossed to the New Formation. The rest were ghosts. Even in Buhweju, of the 4, only one person is known in Buhweju FDC leadership that also served in Bushenyi, Mitooma, Isingiro, Mbarara, Ntungamo, Rubirizi, Ibanda, Sheema and the rest”.

The legislator insists that Mugisha Muntu’s camp only wanted to make a political statement which unfortunately, according to him, was done using ghosts.

Mwijukye added that in a bid to strengthen party structures and foster harmony, the FDC plans to have a mobilization rally in Ankole region followed by other rallies in various districts to do with party mobilization, recruitment and building of stronger FDC structures.

“As a party and almost all of us agreed that we need to go back to the drawing board with new structures from the grass root up to the district level by the end of this month,” said the MP

One of the defunct party leaders, Robert Arinaitwe FDC chairman Bubaare sub-county in Mbarara district confessed that he was part of the press conference that denounced FDC for the New Formation but pledged total support of the FDC since he was “hoodwinked” and was not aware of what was happening at the time.

“They called me in the press conference and I was there but I can not join the New Formation. I am still in FDC because I started it when it was Reform Agenda”.

“Why would I leave a party that is about to capture power and join pioneers who are not sure of where they are going?” Arinaitwe said.

Betty Nuwamanya, the FDC secretary for Mobilization Kashari constituency on her part said that the New Formation members included her on the list because she had voted for Muntu during FDC Presidential elections but that she had never thought of leaving FDC.

“I have been an FDC delegate for 3 terms but there is no way I can join the New Formation to start a new thing yet we have already established our strong party. I know they indicated my name on their list just because I voted for Muntu in the Presidential election,” Nuwamanya said.

FDC Chairman for Mbarara district, Stanley Katembeya also proprietor of Grand Holiday Hotel in Mbarara, says as a party in the region, they are reorganizing themselves to make it stronger than ever before urging other members to join.

Katembeya referred to those who crossed to new formation as cowards. 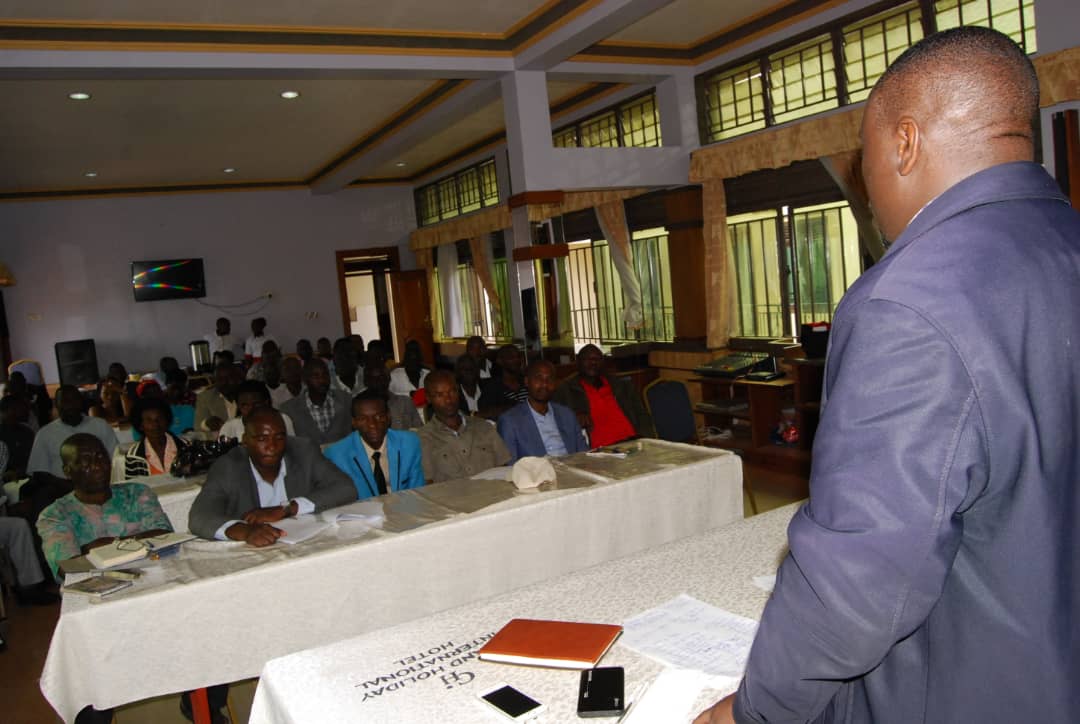