MultiChoice Uganda on Friday, launched its Maisha Magic Movie festival at the Serena Hotel in Kampala.

The movies to be filmed across the 3 East African countries namely Uganda, Tanzania and Kenya showcase East African excellence and the growth of the film industry within the region.

According to MultiChoice Uganda, the festival is set to release one new movie daily from February 14 to March 30, 2022 in a bid to showcase fresh content that is captivating to viewers across East Africa.

Through films such as Dead Respect, My Sisters Keeper and Influensa; Ugandan movie directors such as Hosea Jemba, Nana Kagga and Esteri Tebandeke have been able to create various opportunities for crew and cast members to showcase their talents within the Ugandan film industry.

Local talent such as Prynce Joel Okuyo, Eleanor Nabwiso and Gloria Catherine Namboozo are just but a few of the local talent that are set to grace our screens.

Speaking during the Festival launch in Uganda, MultiChoice Uganda’s Head of Marketing, Colin Asiimwe gave some insight into the Maisha Magic Movies festival.

“Maisha Magic Movies solely showcases, and airs movies produced and directed by East Africans. What better way can we promote local film than provide our film makers a platform to show the world what they are good at,” he said.

Adding, “Today is indeed an amazing day for the Ugandan film industry. Our very own have created captivating films that are set to showcase our local excellence to East Africa and the world at large. This platform has given movie directors, producers and actors a podium to showcase their talents through well told stories. Working with the various teams to craft, create and get to this launch has truly been amazing. I urge more people to support these local productions by tuning into Maisha Magic movies and keeping up with the overall festival that is set to release one new movie daily until the end of March 2022.”

Joan Semanda Kizza, the PR and Communications Manager noted, “We are extremely proud of the variety of movies we have to offer under our belt.”

“It has been a month plus of creative conception, hard work and dedication to finally get us to where we are. All the teams across all 3 countries have been amazing and have produced 15 movies each that showcase excellence through and through. The launch of this festival is in line with our goal to enrich millions of households in sub-Saharan Africa with the best entertainment,” she added.

The 45 movies through their different genres seek to re-introduce a new and fresh wave of storytelling in TV and film production in Eastern Africa. Film industries in Uganda, Tanzania and Kenya will feel the positive economic benefits that come from the overall production of the 45 movies.

MultiChoice noted that they remain committed to cultivate, nurture and showcase talent across Africa though film and the Maisha Magic film festival is here to showcase East African excellence. 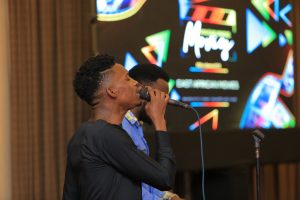