The Leader of Opposition in the 11th Parliament, Mathias Mpuuga has released a 30-member shadow cabinet that he will work with for the next 5 years.

In his appointments, he appointed legislators from the National Unity Platform (NUP), Forum for Democratic Change (FDC), PPP, and independents.

Among those appointed include, Ndorwa East legislator, Hon Niwagaba Wilfred (Independent) as the new Attorney General, Dr. Abed Bwanika NUP, Kimanya County as the minister for Agriculture among others.

“By virtue of the powers conferred upon me under Article 82A(c) of the Constitution and Rule 14 (2) of the Rules of Procedure of Parliament, I have appointed and designated the following Honourable Members of Parliament to the Shadow Cabinet,” Mpuuga said while releasing the cabinet. 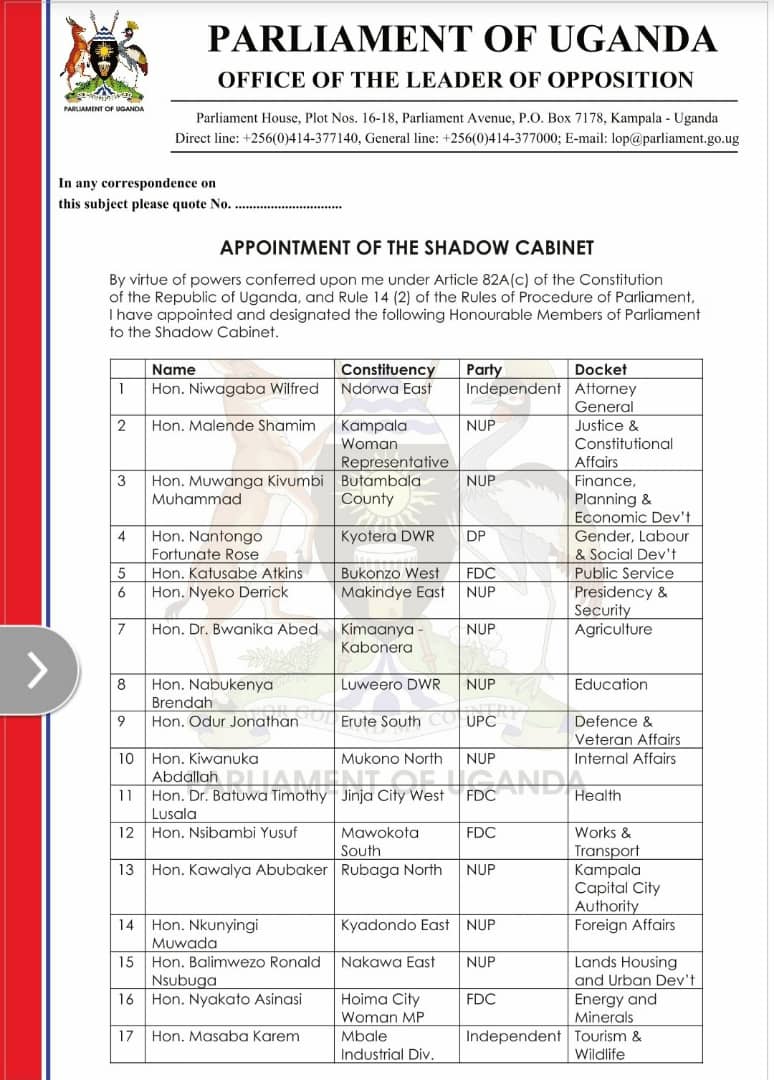 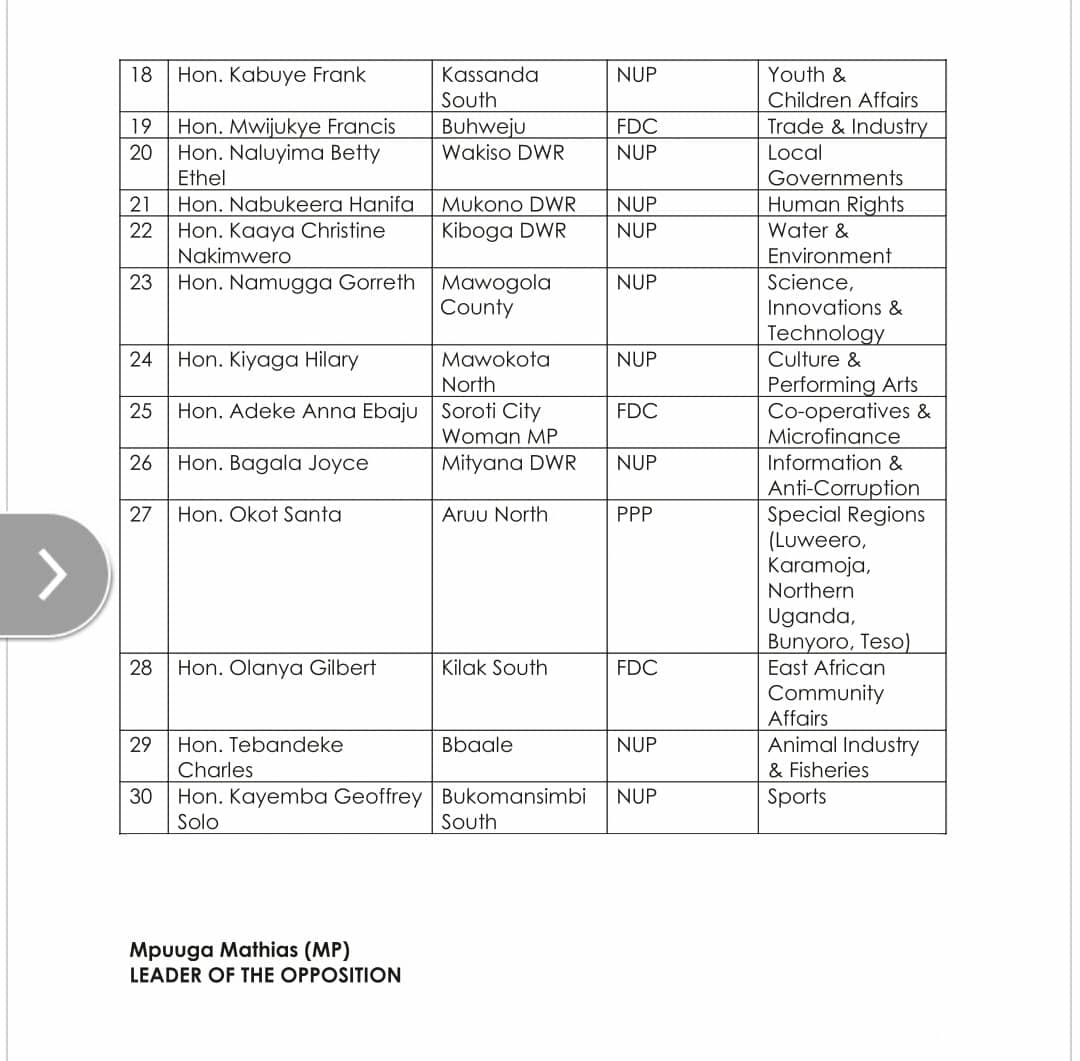