Counsel Barinda says the district council owes him Shs 30m which was his due payment after litigating a case between ‘rebel’ district councilors and the executive committee.

During a council sitting on November 2, one of the ‘rebel’ councilors, Asaph Muhangi raised a motion seeking a council resolution to reimburse lawyer Daudi Barinda his legal fees totaling to Shs 21m.

The case stems from an incident in 2017 when a section of councilors considered to be critical of the ills in the district were left behind during a tour to Kyankwanzi to meet with President Yoweri Museveni.

The councilors who were left behind petitioned the Speaker of Parliament Rebecca Kadaga over misunderstandings that existed between council and members of the executive.

The acouncilors who spearheaded the petition to the included; Patrick Tumuhimbise, Asaph Muhangi, Mark Mugisha, and Julius Byekwaso. These later hired a private lawyer – Daudi Barinda who settled the matter through mediation.

Since then, the district headed by Chairman LC V, JB Bamuturaki trashed the motion to pay Barinda claiming there is no reason as to why the lawyer should be paid.

“After all, he was not employed by Local Government or by district to handle that case. There is no money to waste and I wonder where Shs 21m came from yet I remember in the time engagement meeting, it was just Shs 2m only,” the district Chairperson commented.

It is this lack of will to make the payment that prompted Barinda to sue the district executive committee, 17 councilors, the district Chairperson, JB Bamuturaki, and Chief Administrative Officer (CAO), Cuthbert Esoku demanding pay for his legal services.

According to Barinda, the outstanding payment initally amounted to Shs 2million but has since accumulated to Shs 30m.

However, council headed by Speaker Baramu Ndyaguma which sat on Monday resolved to expedite the process of having Barinda paid the money owed to him.

“We agreed on consensus to pass a supplementary budget to cover those legal processes. Let us not develop feelings. We are policy makers, once a resolution is passed here, whether you want it or not, implementation has to be done,” the Speaker told council.

He briefly adjourned council asking councilor Byekwaso to communicate to counsel Barinda and settle the matter.

“I as a Speaker, I don’t like to preside over meetings where people are making policies out of influence. Someone can represent us and talk to Barinda to find out if he is around in town so he meets with the Chairperson and CAO. Council is adjourned until a solution is reached and a report is given,” said the Speaker.

The Speaker also expressed concern that for the three sittings court has made over the case, the district council has not been represented.

He was seconded by a section of councilors including Patrick Tumuhimbise who alluded to a request in September for a supplementary budget to settle Barinda’s payment.

“As the finance committee, we requested a supplementary budget of Shs 8m to pay lawyer Barinda but Parliament has not yet approved it. We must pay that money to avoid accumulations because the more he demands the more the money increases,” said Tumuhimbise.

The district Vice Chairperson, Godfrey Baryomunsi who attended the council sitting on Monday observed that there is no willingness to pay the huge sum of money.

“I actually don’t see anything going on. The district is not willing to pay that money, it’s up to this honorable House to engage more about this issue otherwise there are some people who believe that the case was not ours,” said Baryomunsi.

Lawyer Barinda later arrived at the district headquarters but Chairman Bamuturaki asked council to convene on Wednesday when the CAO will be available.

“You see, the CAO deceived this man that money is available and that it’s a matter of coming for it, which is not true. So let’s meet him on Wednesday when the CAO is there,” Bamuturaki told councilors. 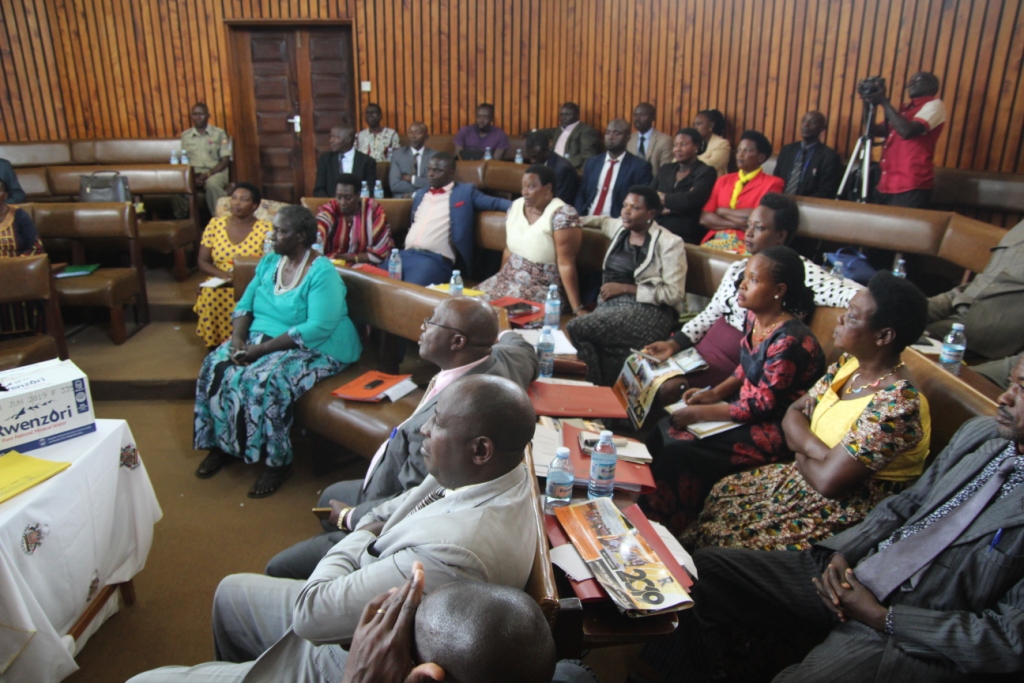 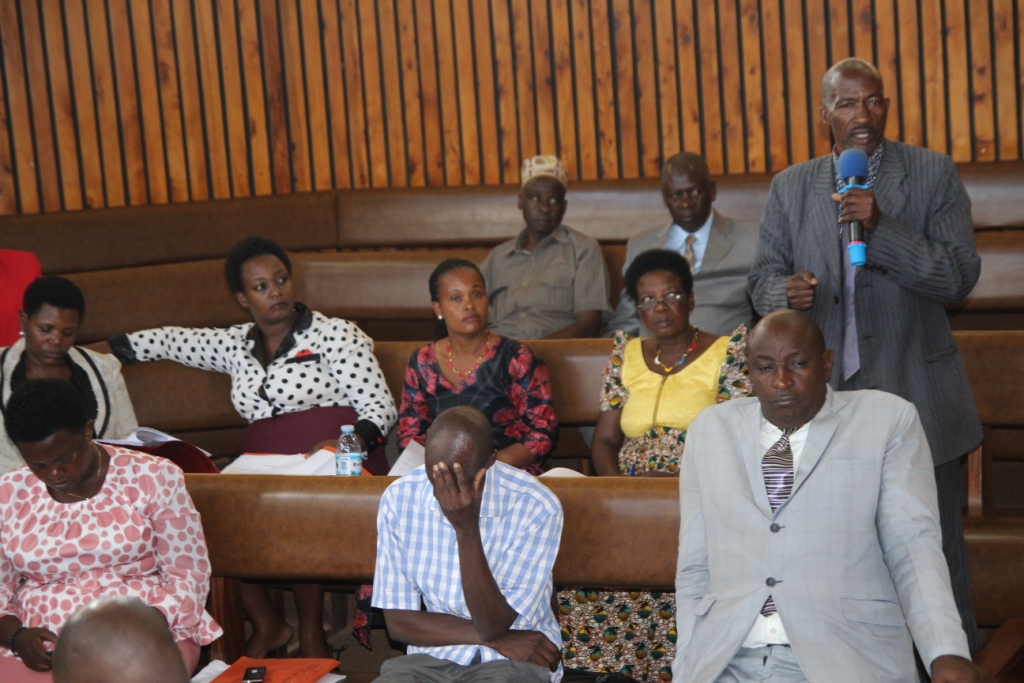 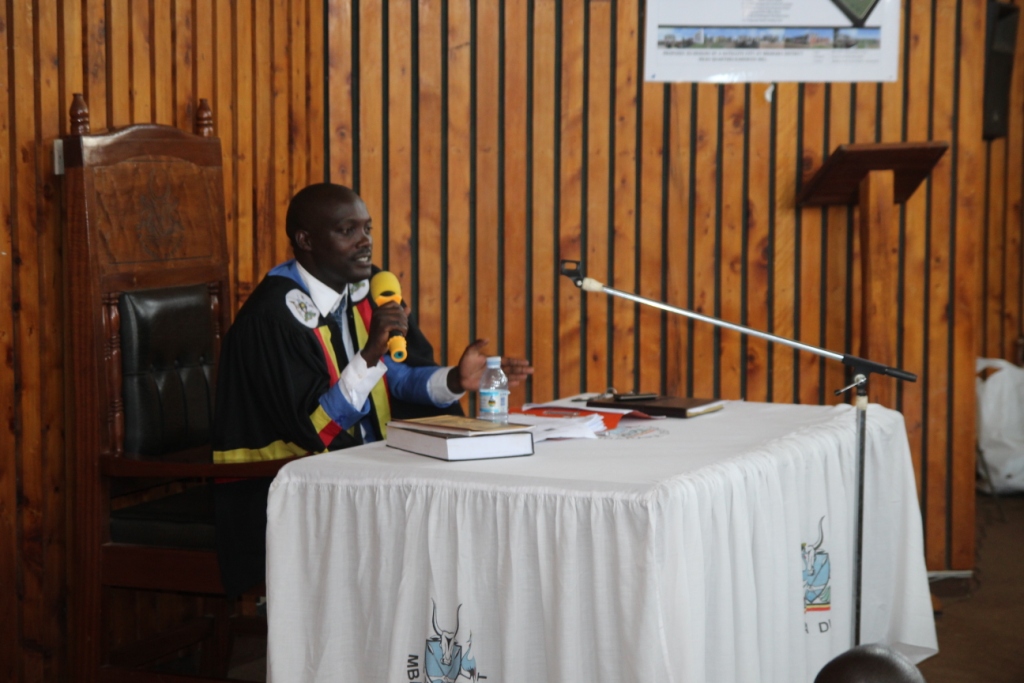