Marriage Can Be a Goldmine or Landmine, says Gen Balya

Marriage Can Be a Goldmine or Landmine, says Gen Balya

Kabarole, July 30, 2022: A blend of culture, a celebration of love and companionship and a rite of passage to marriage and family were on the display, as H.E Gen Ronald Balya, hosted friends and family to the traditional marriage of his daughter, Pamela Asta Balya, to Seth Kabuuchu.

Seth had traveled miles from Kabale, in search of love.

Pamela adorned in traditional suuka and accompanied by her friends walked into the big tent, slowly, elegantly to soft Toro traditional music with the flute playing in the background, and slight drizzles of rain, sprinkling above the entourage from the skies.

Gen Balya, the father of the bride who doubles as Ambassador of Uganda to South Sudan, gave a detailed view of the need to modernise culture.

“Let’s balance tradition and culture with modernity and mutual respect, especially between two families of the bride and groom to practice culture where old, senior citizens are respected,” Balya said, emphasizing that he was not imposing his views, but only sharing ideas.

He counselled the young couple to be deliberate and committed to a fully functional marriage, describing it as a “goldmine or landmine” that is determined by the choices the couple takes.

“Avoid all factors that destroy a marriage, be truthful and honest with each other, and pray together,” the father of the bride counselled.

“I congratulate you and ask you to uphold the institution of marriage which forms the basic unit of society,” said Alupo after the cultural interludes where families engage in ceremonial pleasantries.

While counselling the young couple to honour and respect each other, Alupo said marriage is an institution chosen and blessed by God.

Alupo commended Ambassador Balya for his consistency in handling issues of Government, and for his work ethic, humility and honesty.

“I knew Gen Balya before he became Ambassador and before I became Vice President. I, therefore, thank him for the invite to attend this ceremony.”

She expressed gratitude to President Yoweri Museveni for creating and ably sustaining peace in the country.

“I thank the President and all revolutionaries for their efforts in liberating our country. It is this peace and security with which we can move freely throughout the country and carry out different activities to transform our societies”, she said.

“Let’s use this peace meaningfully to support grassroots people who are not in the money economy to join,” she noted. The Vice President used the opportunity to congratulate Uganda and Rwanda for the symbiotic relationship which enhances the spirit of the East African Community. 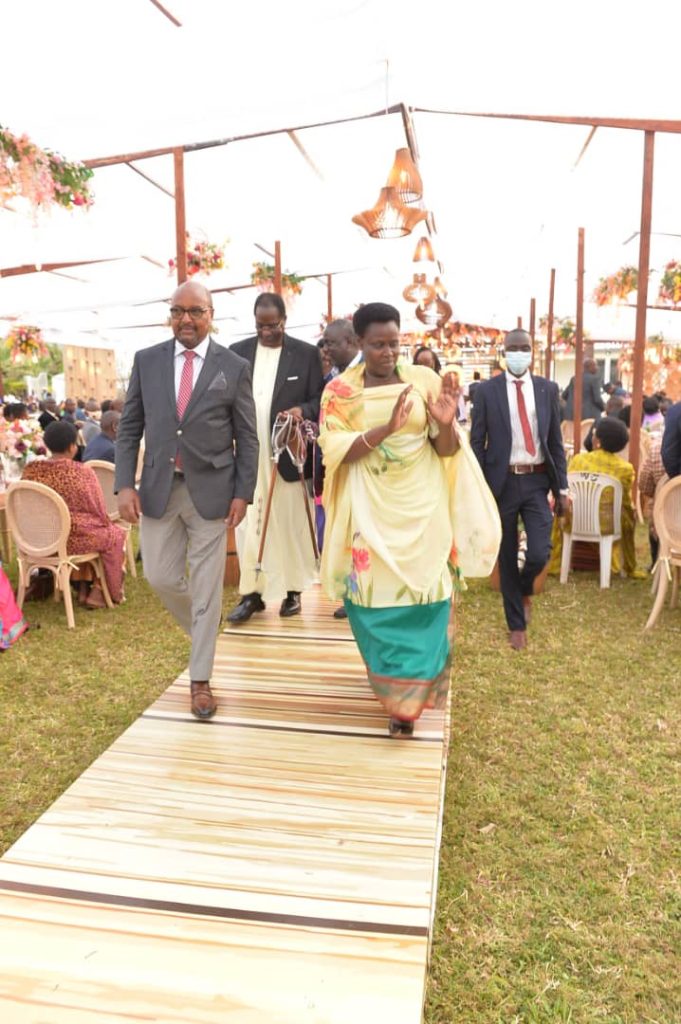 The Vice President donated two cows, a gift she said, borrows from their culture.

“We in Teso, like you in Toro are cattle keepers,” she remarked as she handed over the gift, this time, the sun shining bright.