The newly appointed Minister of Justice and Constitutional Affairs, Hon. Norbert Mao, and the Soroti City East Member of Parliament, Hon. Herbert Ariko, have taken oath as Members of Parliament.

Mao was recently appointed by President Yoweri Museveni to Cabinet following a signing of a cooperation agreement between the Democratic Party which he heads and the National Resistance Movement.

On the other hand, Ariko was elected as Member of Parliament following a by-election in Soroti East.

The two took oath on Tuesday, August , 2, 2022 at a sitting of the House presided over by Speaker Anita Among.

Mao and Ariko took the oath of allegiance and swore to, ‘preserve and protect the Constitution of Uganda’.

Speaker Anita Among welcomed the new Justice Minister saying that his appointment comes at a time when the House is calling for the establishment of the Constitutional Review Commission. 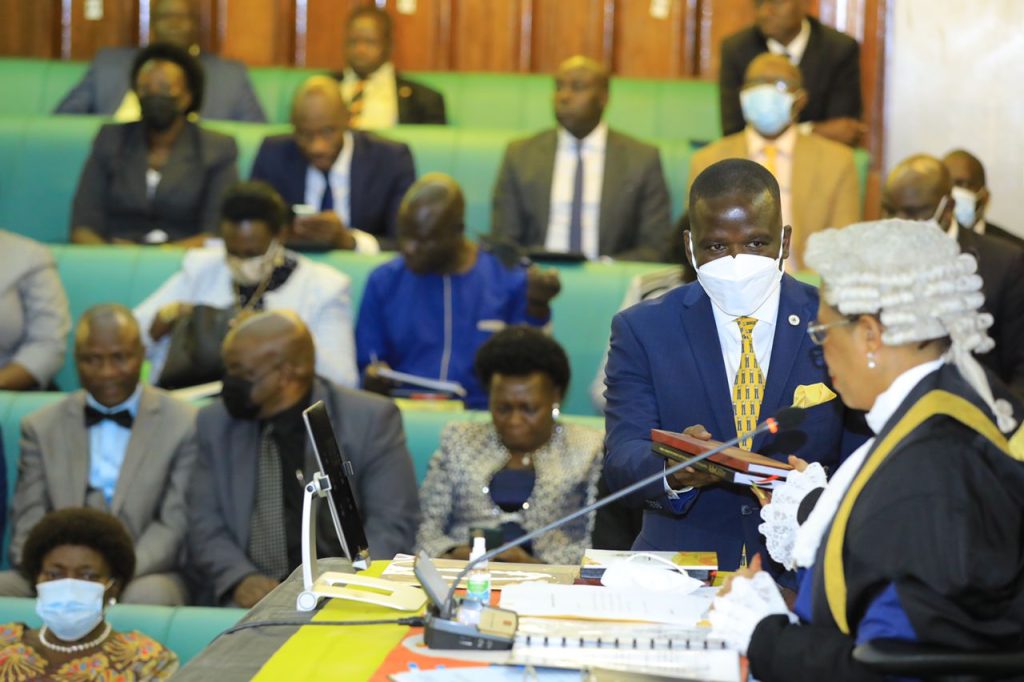 “Hon. Mao your appointment is more historic that we have an Opposition member as the Minister for Justice. We have issues of human rights, political prisoners and we hope to get the best from you,” Among said.

She also welcomed Ariko back to the House.
“Be an effective representative of the people and remain a servant leader,” she added.