The Leader of the Opposition, Hon Mathias Mpuuga, Thursday hosted a delegation from the US State Department at his office at Parliament.

The delegation was led by Lisa Peterson, the Assistant Secretary for Democracy, Human Rights and Labor.

She was accompanied by the US Ambassador to Uganda, Natalie Brown. 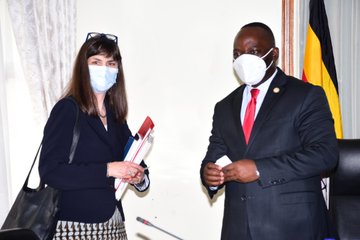 He later addressed the media with the Leader of the Opposition on what was discussed.

Lisa, according to Mpuuga, is here to follow-up on reports of human rights violations. “This comes at a time when we are on a campaign to end all forms state-sponsored violence and rights violations,” Mpuuga said.

Mpuuga shared some publications with Lisa after their meeting. 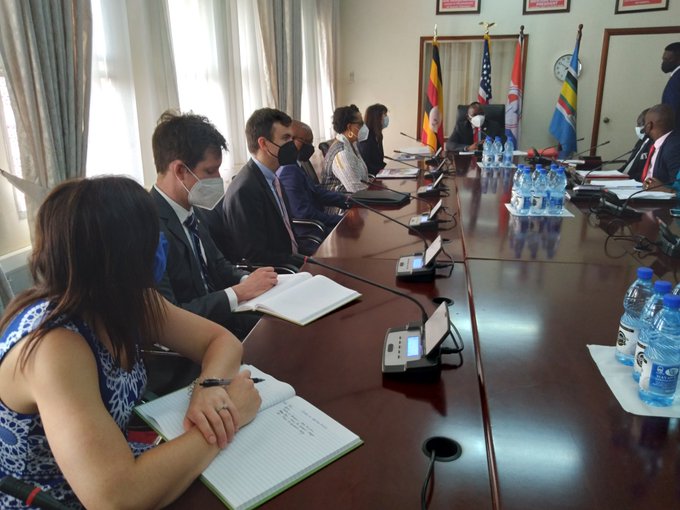