In a show of solidarity with their Ugandan counterparts, Kenyans joined in the ‘#FreeBobiWine’ social media campaign to release detained Kyadondo East Member of Parliament, Robert Kyagulanyi Ssentamu, since his arrest on Tuesday August 14.

Latest information indicate that a group of Kenyan citizens including artists, have organised a free entry concert tomorrow Tuesday August 22 in the evening, after which they will have a demonstration before marching to the Ugandan Embassy in Nairobi on Thursday, to demand his immediate release.

According to Boniface Mwangi, an activist in Kenya, the peaceful demonstration is intended to show solidarity to singer Bobi Wine and the rest of the 29 Ugandans arrested and allegedly tortured in the Arua municipality by-elections.

“On Wednesday 22nd August, 5pm, #FreedomConcert @Pawa254. On Thursday 23rd August, a peaceful protest by active citizens in Kenya to #FreeBobiWine and #Arua33. Meet up: Freedom Corner, Uhuru Park, 9am. See you there,” Mwangi said in a tweet.

In another tweet, Mr Mwangi said: “The people of Western l love you! Thank you for leading on this. Nairobi we are on for #FreeBobiWine on Wednesday, 22nd August. We are marching to the Ugandan Embassy on Riverside drive. The organising team@TeamCourageKE@alaminkimathi@lawsocietykenyawill share more details.Real Wesonga.@Rea.”

Mwangi is not the only prominent figure outside Uganda to condemn Bobi Wine’s continued detention, Kenya Human Rights Commission and Sauti Sol, a popular Kenyan band have already registered their solidarity.

Controversial Kenyan lawyer Dr Miguna Miguna too has for the last week been agitating for the release of Bobi Wine and the other suspects.
“Abductions, incommunicado detentions, torture, sedation & forceful exile are some of the worst human rights violations. Only murder is worse. Therefore, honest people must condemn these violations equally, whether the victim is @HEBobiwine or @MigunaMiguna. STOP the hypocrisy,” Dr Miguna Miguna tweeted days ago.

In Uganda, a spate of protests in several parts of the country in Kampala, Mityana and Kamwokya have been witnessed leading to the arrest of more than 100 protestors demanding his release.

Mr Kyagulanyi was last week charged with illegal possession of firearms and ammunition in Arua by the Court Martial in Gulu, following allegations that supporters of newly elected MP Kassiano Wadri, pelted stones onto President Yoweri Museveni’s convoy in Arua. The hind glass of one of the vehicles was damaged.

He is currently detained at Makindye Military Barracks, and is expected in the military court again on Thursday August 23. 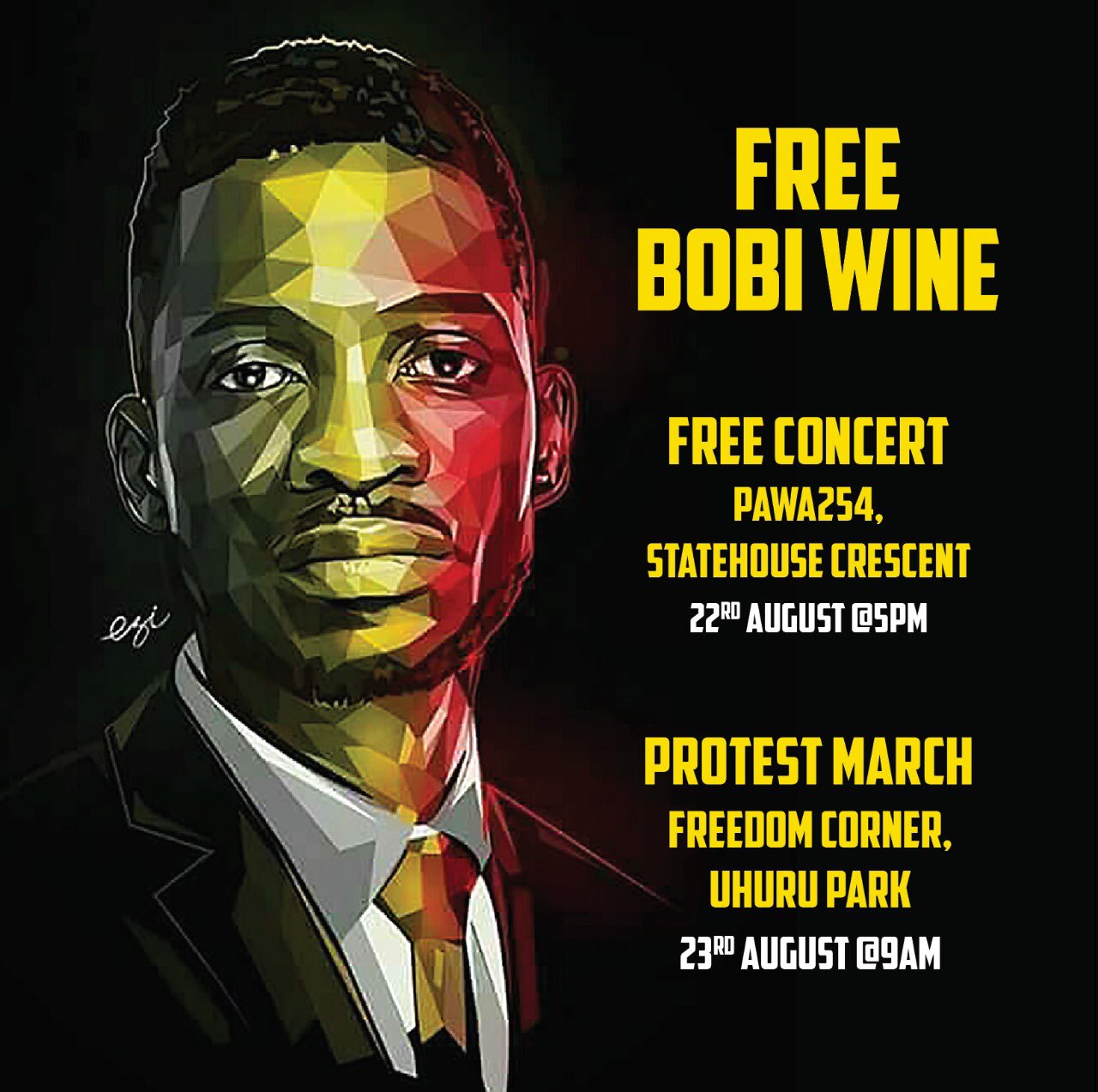