Hundreds of people surround the football pitch in Rwenyangi during the final match of the 2018 Kataryeba Memorial Cup.

Every festive season, the community in Rwenyangi, Buyanja sub-county in Rukungiri district, has more to look forward to beyond the Christmas and New Year’s celebrations.

The run up to the end of the year is also characterized by what has come to be an annual recreational activity – a sports tournament dubbed ‘Kataryeba Memorial Cup’.

For over a decade, every year, teams organized in the various parishes that make up the area have competed in football and netball to win the annual trophy. But the benefits of this initiative go beyond lifting the trophy and a photo opportunity.

The tournament is also an avenue to bring the community together to socialize, get entertained, enrich their spiritual being while at the same time keeping the youths distracted from bad choices they otherwise would have taken.

This year’s Kataryeba Memorial Cup tournament was climaxed on December 27 at the Rwenyangi playground, after almost two months of face-offs.

Hundreds of people – old, youths, teens, male and female – had gathered at the playground after a church service. Vendors of food stuffs and other merchandise lined the sides of the football pitch, symbolic of the economic impact that the tournament bears on the community.

Tussling for the trophy on the final game was Rubanga parish and Rwenyangi parish, the defending champions. The game would later end in a 2-0 score in favour of Rubanga.

Two men took turns giving the commentary through a public address system as the supporters around the pitch cheered their teams.

Attending the final match was the Bishop of North Kigezi diocese in Rukungiri district, Rt Rev Benon Magezi as chief guest, the family of the late Andrew Kataryeba, local leaders and other guests.

In his remarks, Ben Michael Kizza who delivered a sermon shortly after the match ended spoke of the life of the late Kataryeba whom he said was an enthusiast of preaching the word of God.

“We are here to remember the life of Andrew Kataryeba who died 11 years ago. Andrew passed on shortly after he had married. He loved God to the extent that everybody felt so envious for him. He was intelligent and that’s how he had managed to study Electrical Engineering at Makerere University,” Michael told the crowd.

On March 8, 2008, Andrew succumbed to cancer at a very youthful age. But family and friends have ensured his name does not fade, especially that he did not survive by any kids, and that his legacy continues to live on.

This year, Andrew’s family and well wishers began works to elect a community clinic in Rwenyangi in memory of Andrew. The structure is now at wall plate level.

“God is good. He wipes our tears when we see this. We are preaching the word of God because we know that is what Andrew would have loved,” Been Michael added in his message.

He said that unlike some whose names vanish upon death despite their wealth, Andrew is still remembered because of his passionate service to God.

This is the unique aspect that the tournament has over the several other ‘Christmas football tournaments’ that have over the years become a tradition in villages across Uganda. The Kataryeba Memorial Cup is so many things to the community.

As the match was being played, the community had the opportunity to get medical check-ups and screening at no cost. Medics offered HIV counselling, high blood pressure tests as well as family planning counselling among other services which are not easily accessed by locals.

“I support Rwenyangi but I would still not be bothered if the other team won the game. I just love football. This tournament has taken much of my time. I feel so happy seeing how the game is progressing,” Alex Akampurira a resident of Rwenyangi parish told SoftPower News in an interview in the course of the match.

“This tournament has been running for about 10years but it has impacted this area. There are times when you meet a friend you had not met in a long time,” he added.

He further said that traders make sales during the matches and that the players too get rewarded.

The mood around the pitch affirms Akampurira’s sentiments. The tournament has indeed become a major highlight on the village calendar.

Bishop Magezi in his speech lauded the players for exhibiting a high sense of discipline adding that teamwork is reflective of the ways of God.

He encouraged the young people to stay healthy, safeguard their lives from the obsessions with alcohol, sexual promiscuity which wastes young people’s lives.

“We don’t have recreational centres around here. For the whole year, people don’t have where to assemble themselves and feel happy.

He also said that the tournament serves as a social gathering for entertainment which keeps the youths away from engaging in evil acts.

“Those who would be in drinking, adultery, fonication, now they have where to spend their time and they will go tired and rest when they have even heard the Gospel. It’s just encouraging,” Bishop Magezi said.

At the end of the event, the winning teams (in football and netball) received trophies and medals while outstanding players were handed gifts among them mattresses, balls, blankets and cash.

Amos Buhe, one of the organizer of the tournament prides in the fact that the initiative has been a unifying factor for youths from different religious denominations. It brings together Protestant and Catholic parishes together which helps to bridge the religious divide. This year’s winners, Rubanga, are a Catholic parish.

He also says the two-month long tournament keeps the youths as well as the community engaged.

He says 7 teams and 6 teams took part in football and netball respectively during this year’s tournament. The tournament also has a team from boda boda cyclists.

“I think the biggest achievement has been the construction of the Kataryeba health centre which is under the church. We expect to have it roofed by mid this year,” Buhe told SoftPower News in an interview.

“The community is very excited about it [health centre] since the nearest health facility is 12kms away. Once the health centre is complete, it will help the community,” he added.

Buhe says that the teams have participated in the Rukungiri 5th Division football tournament and that they are working to participate in other big leagues. 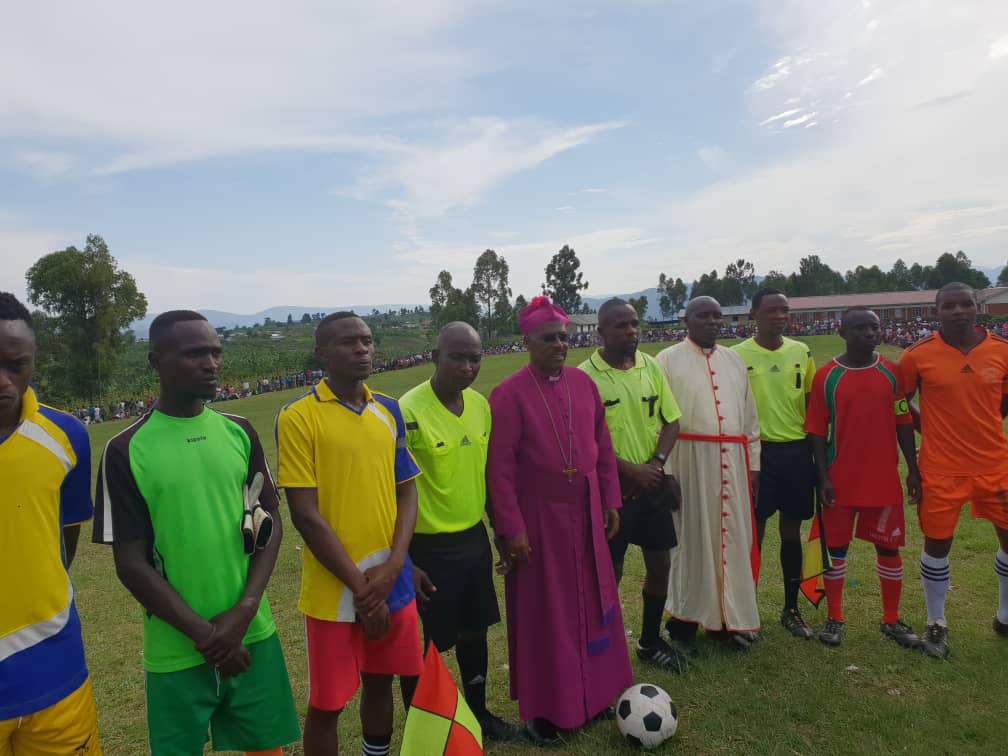 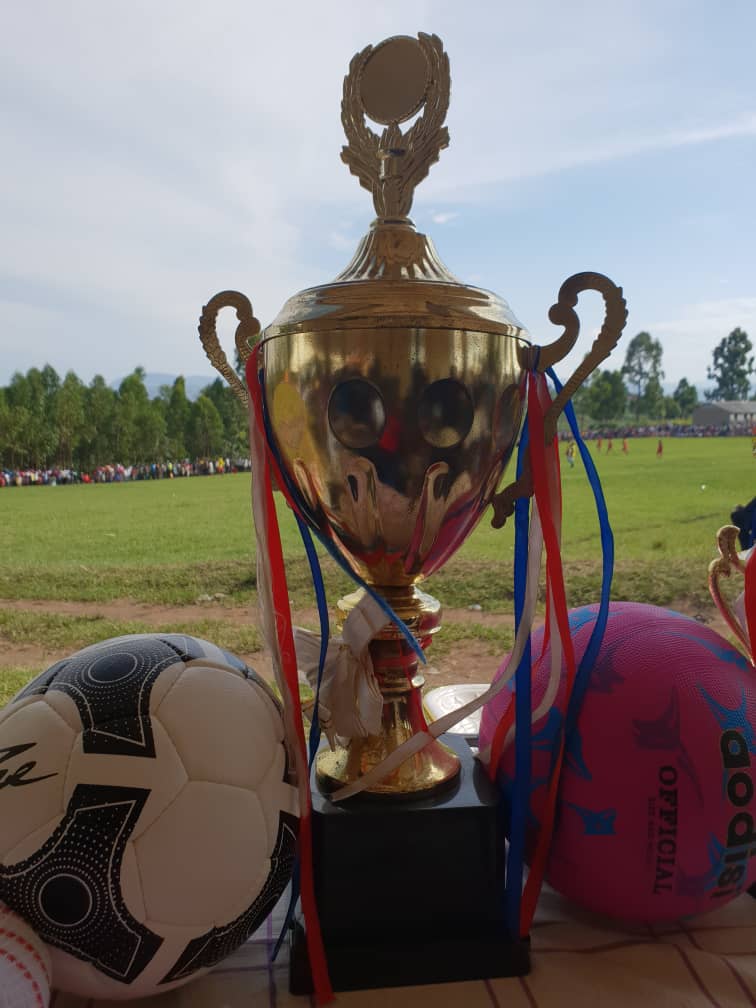 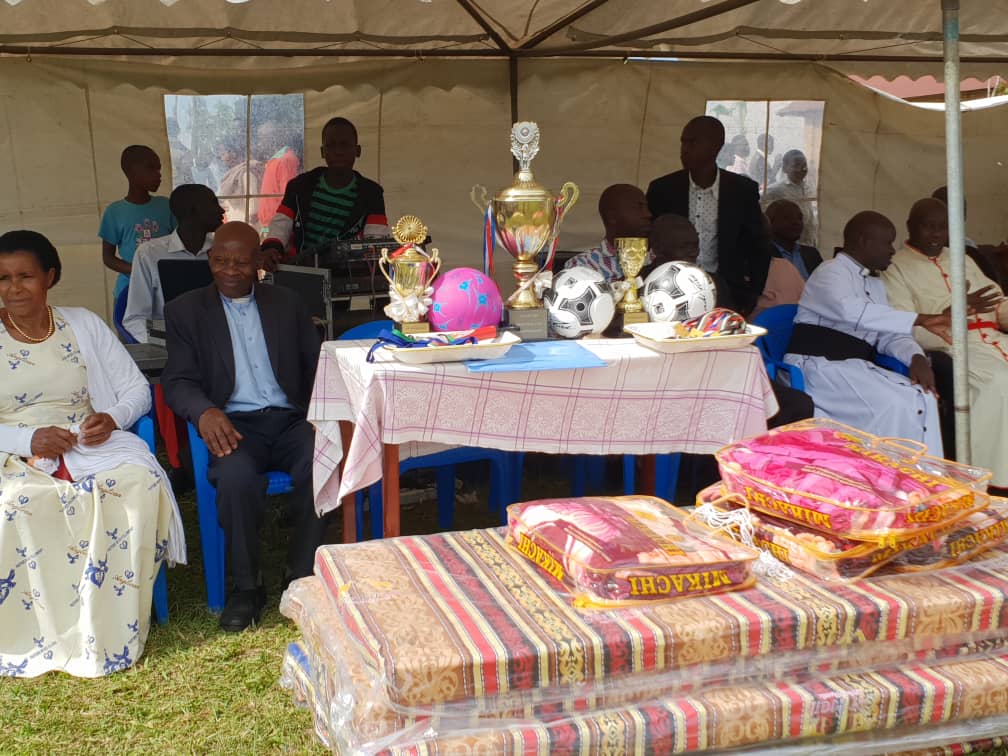 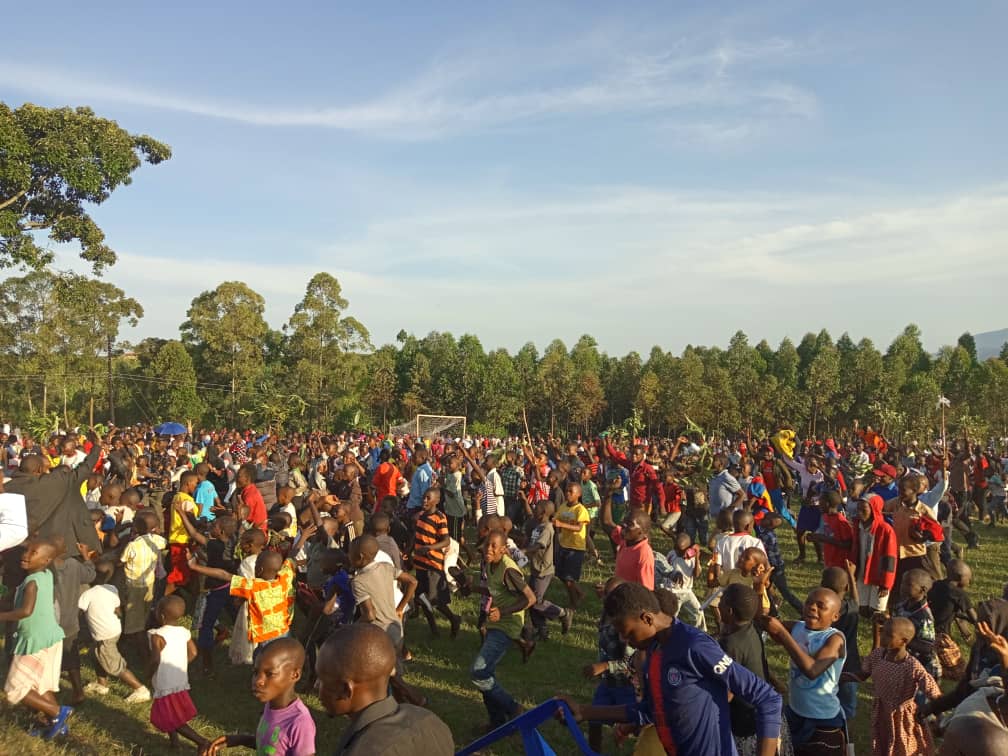 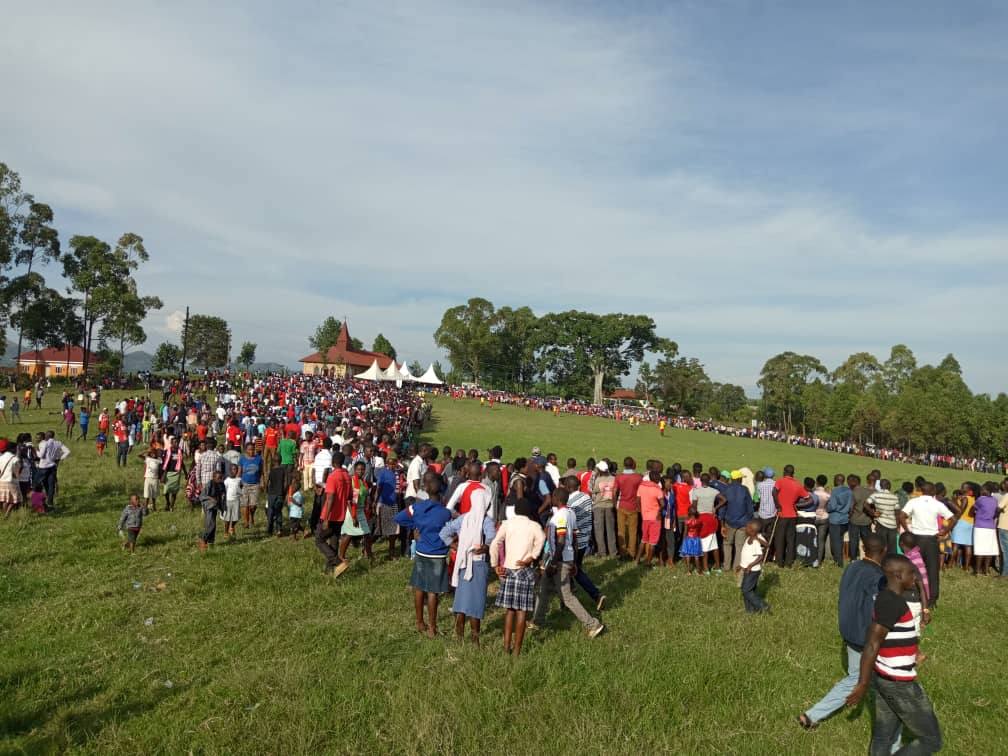 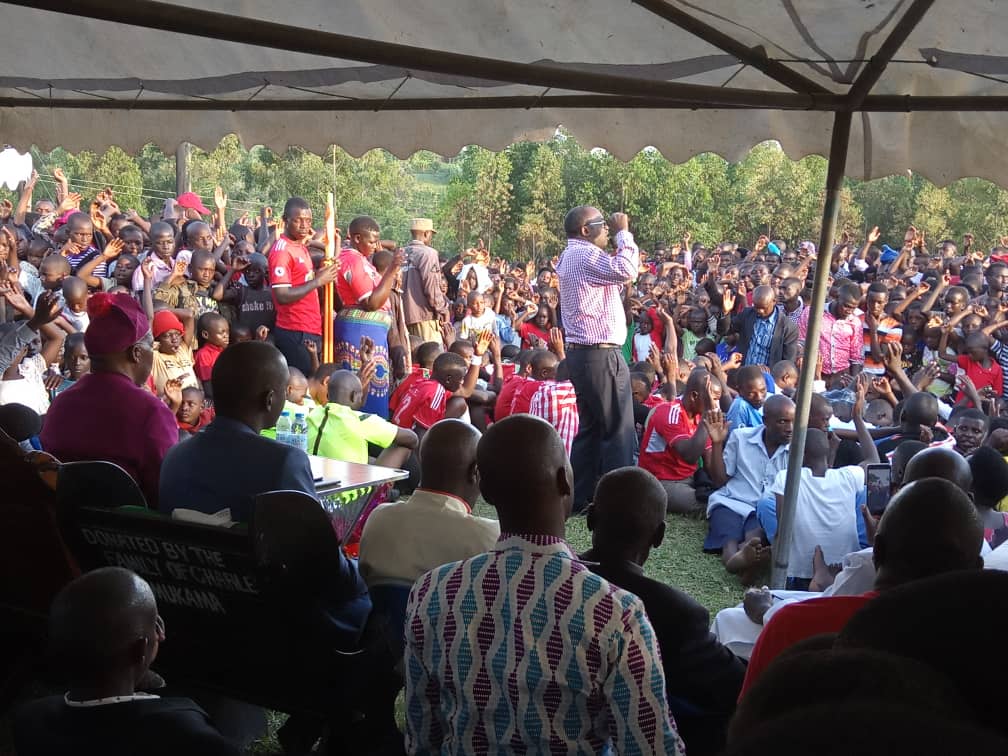 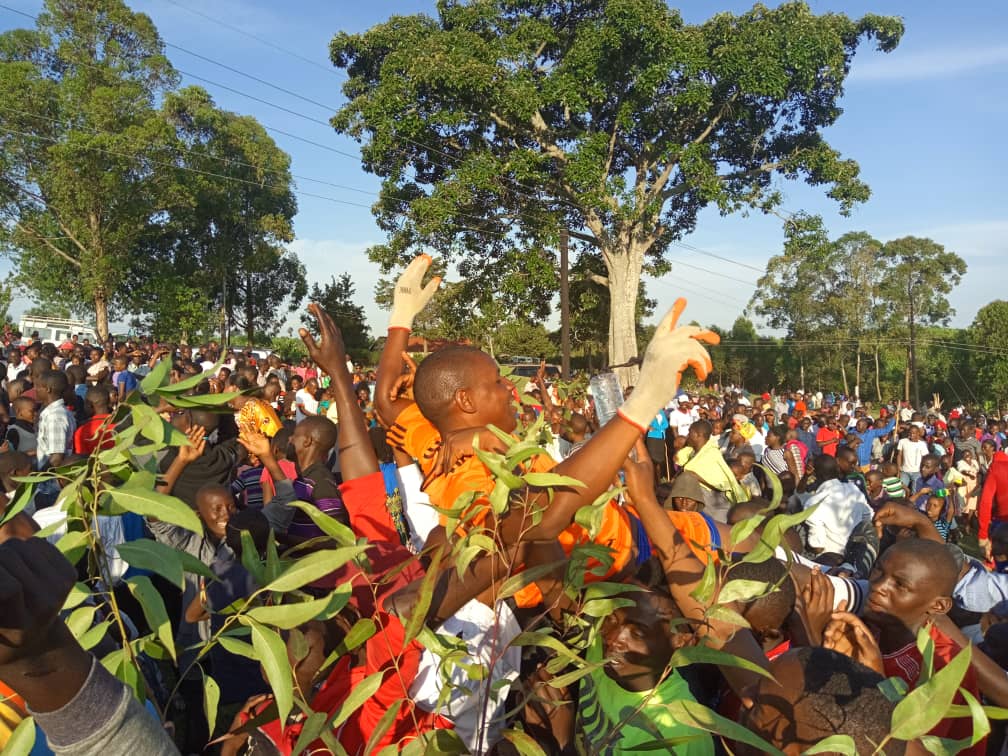 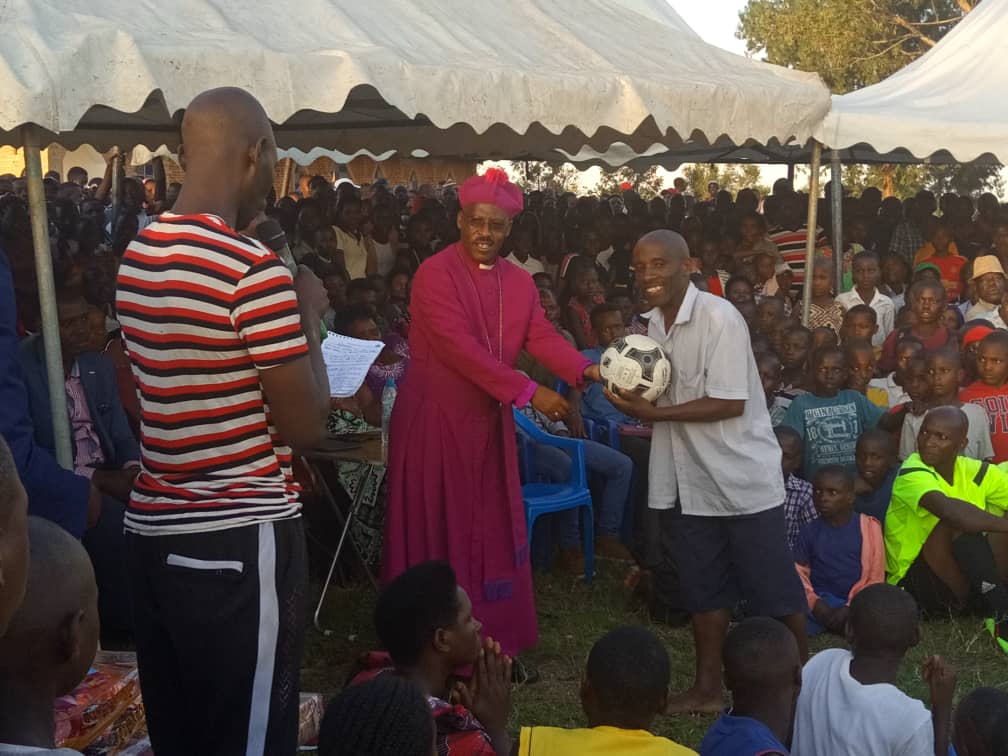 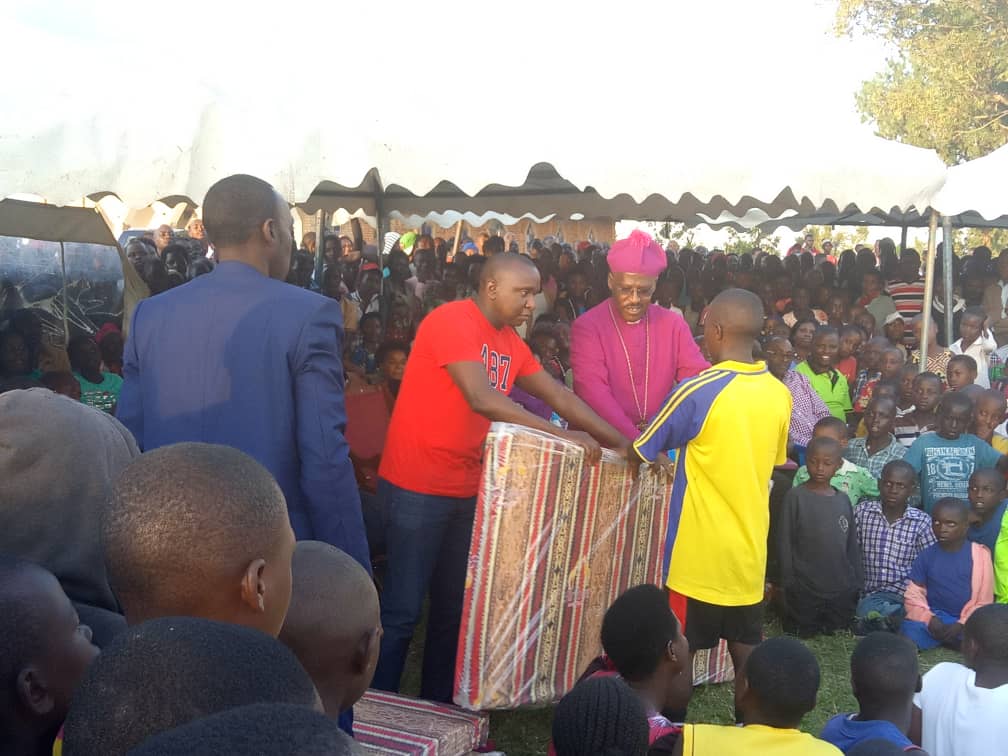 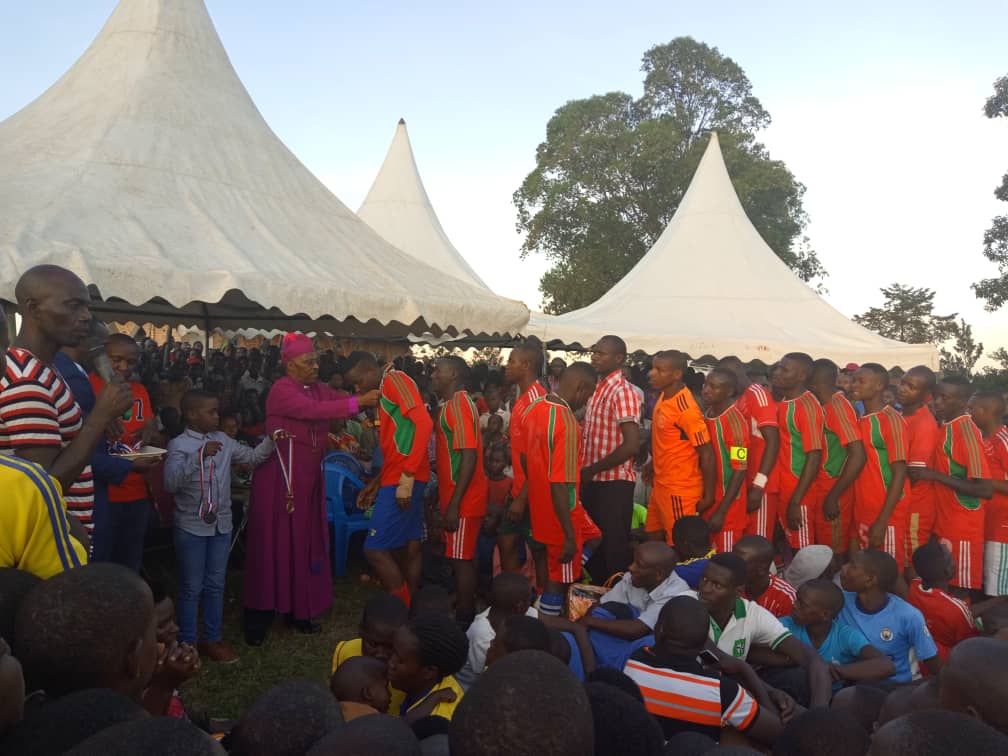 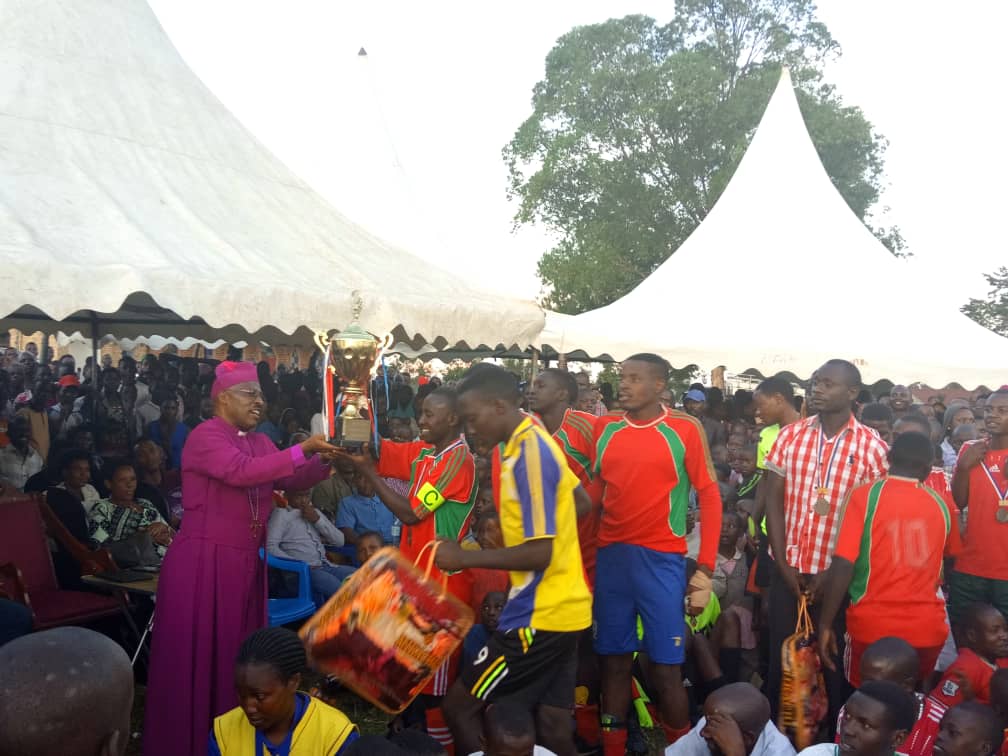 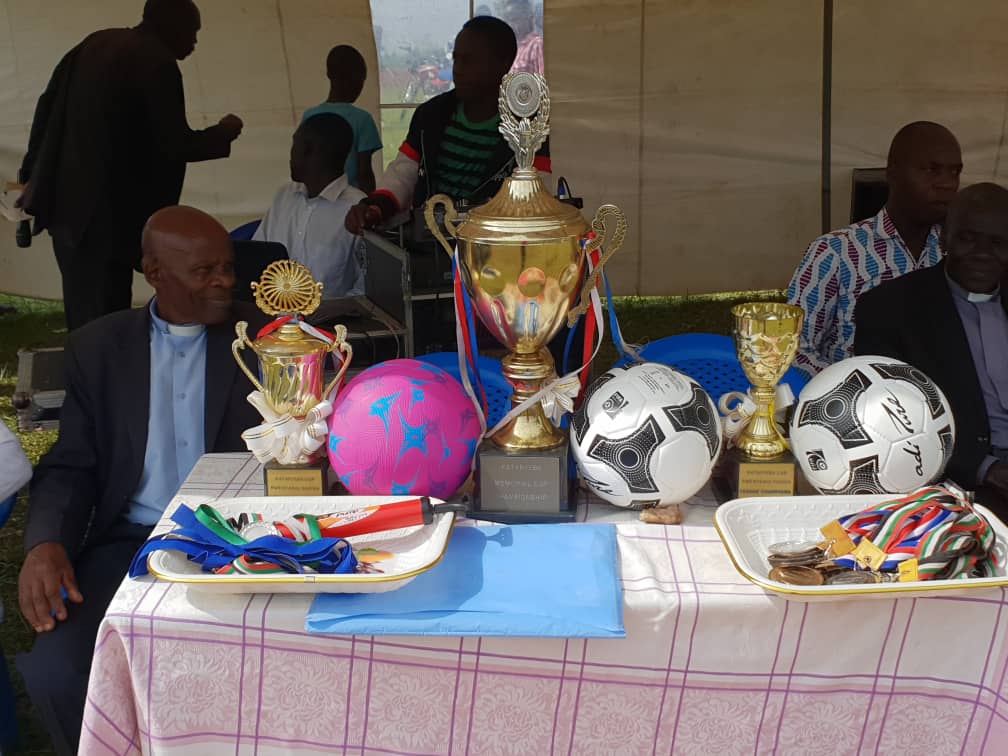 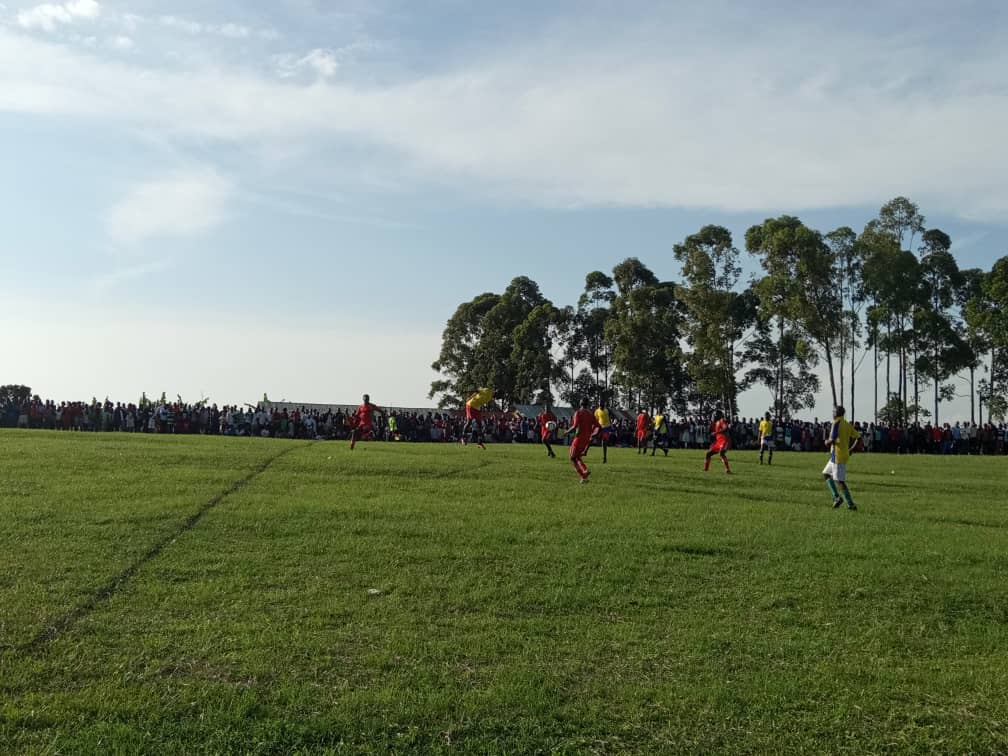 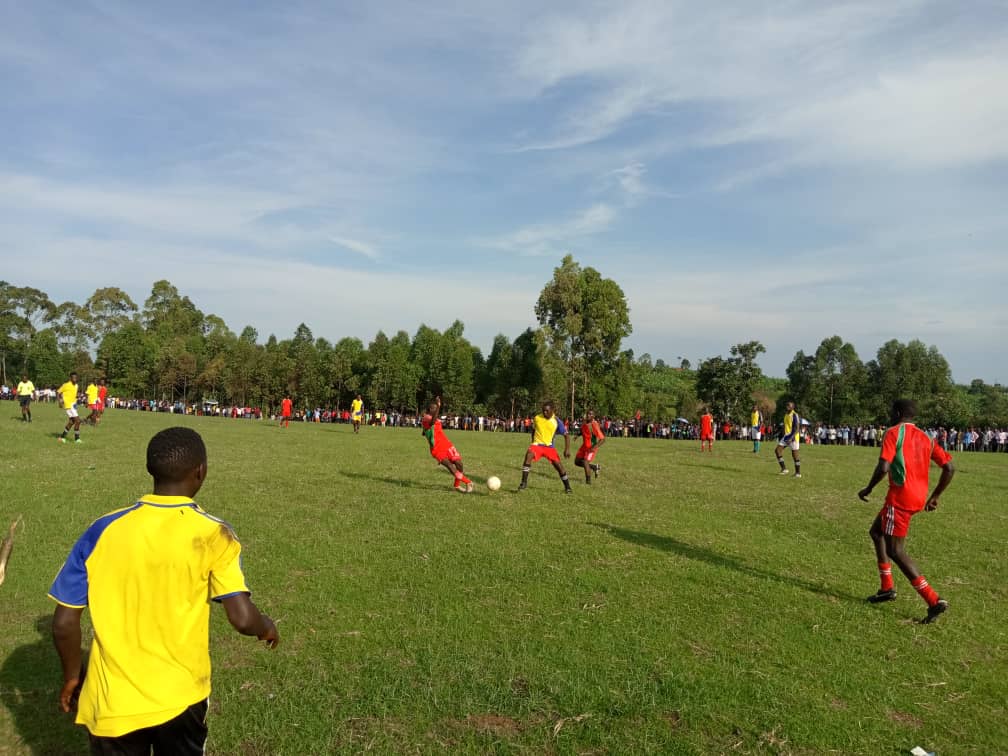 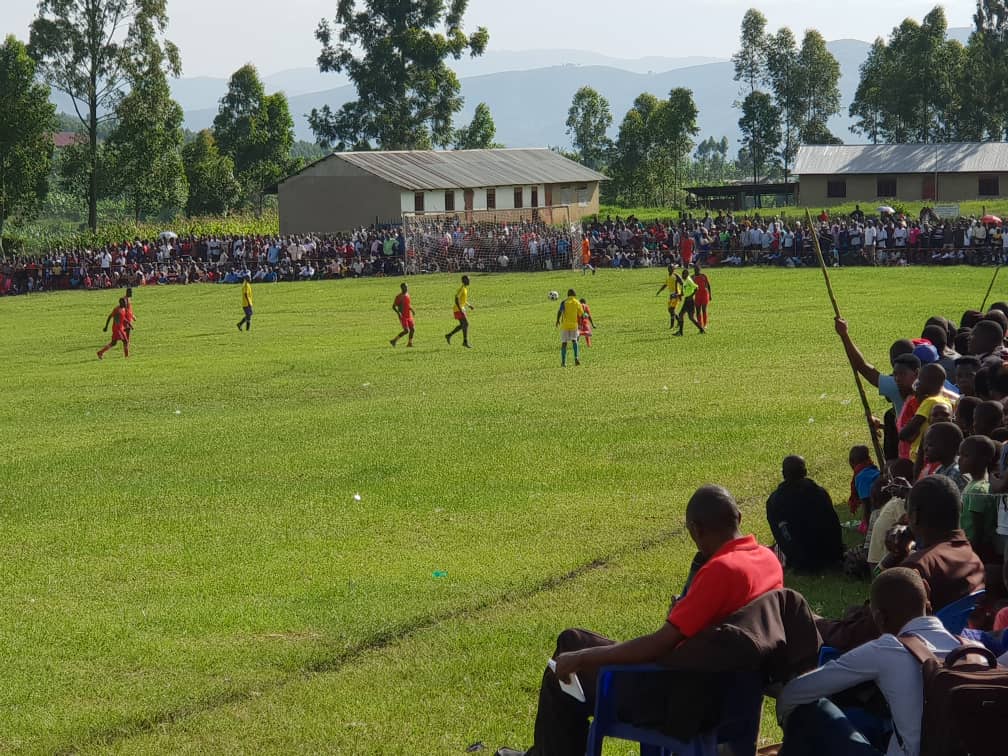 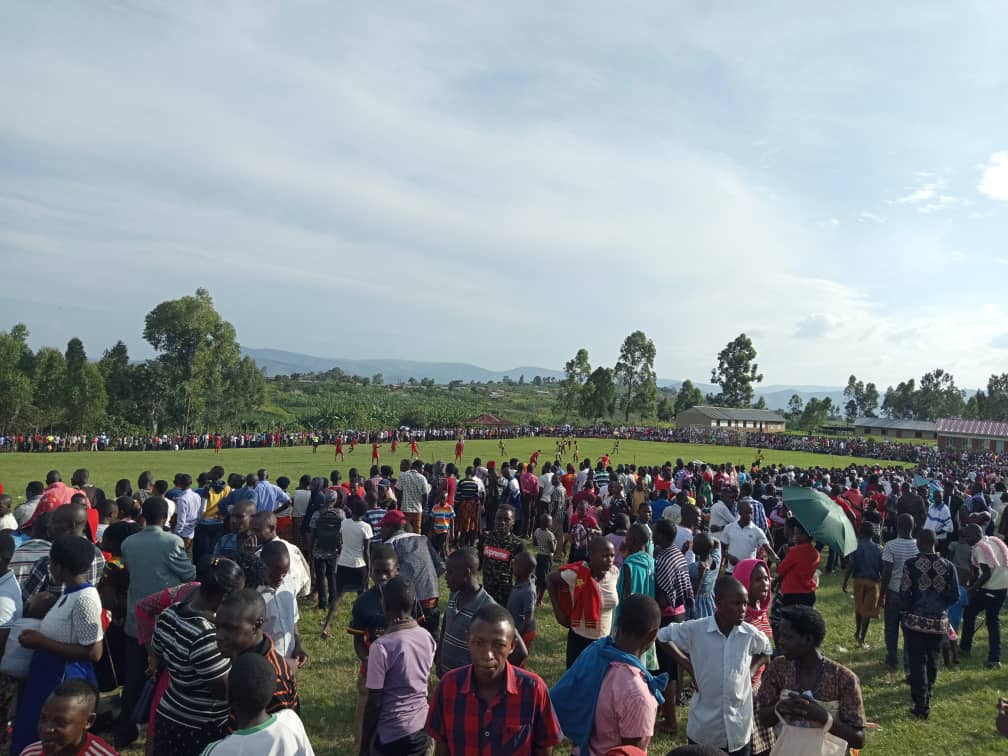 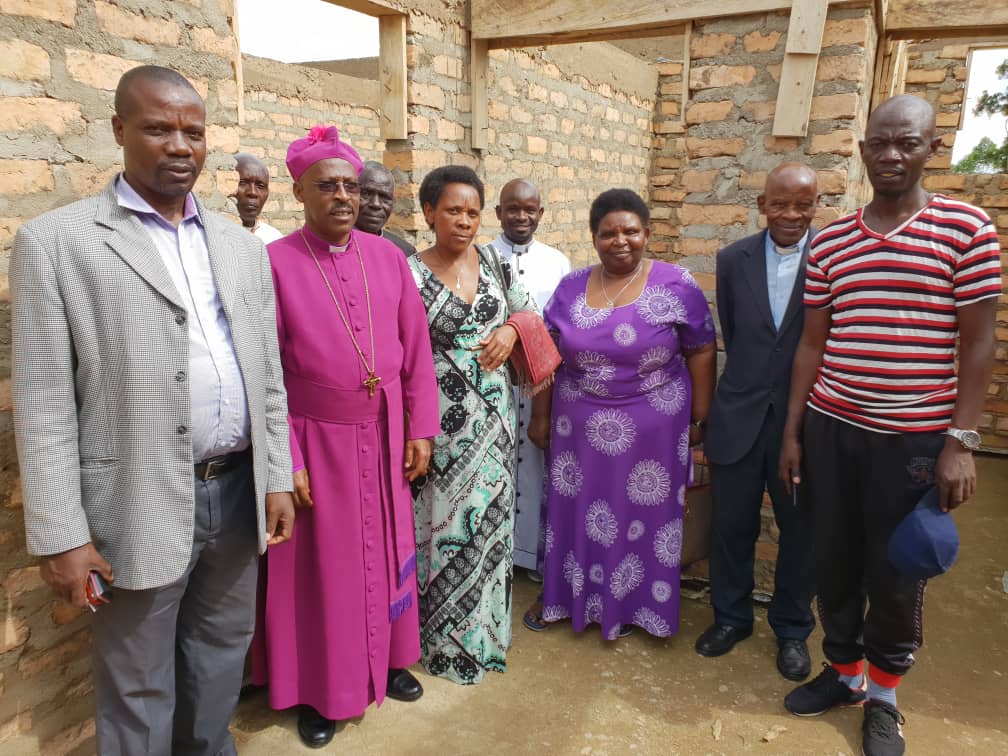 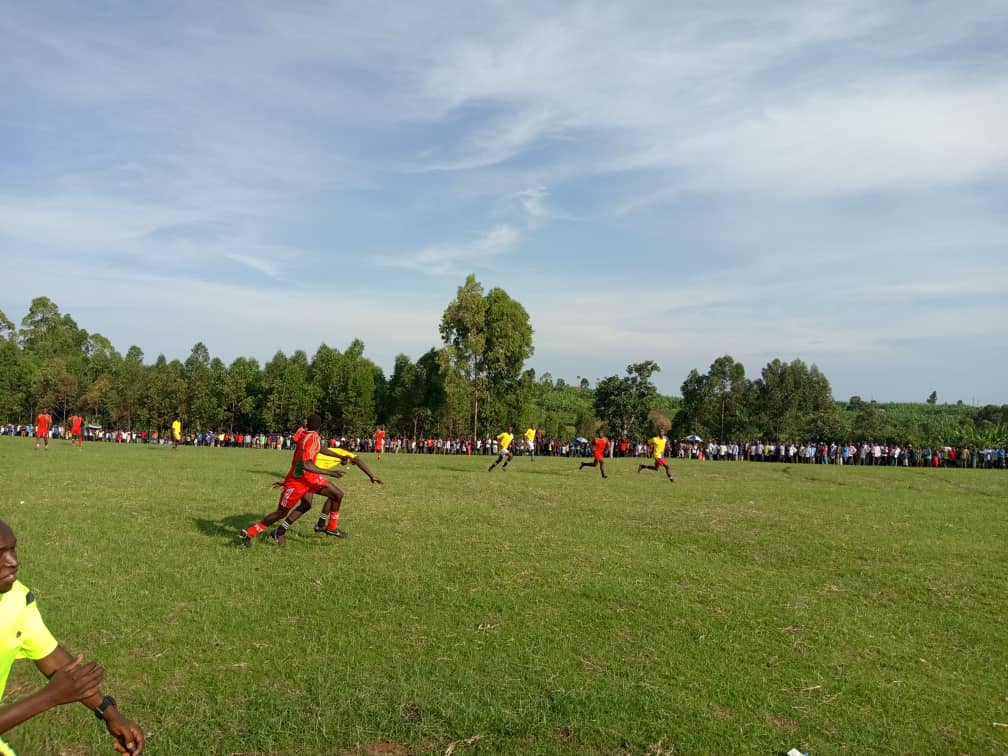 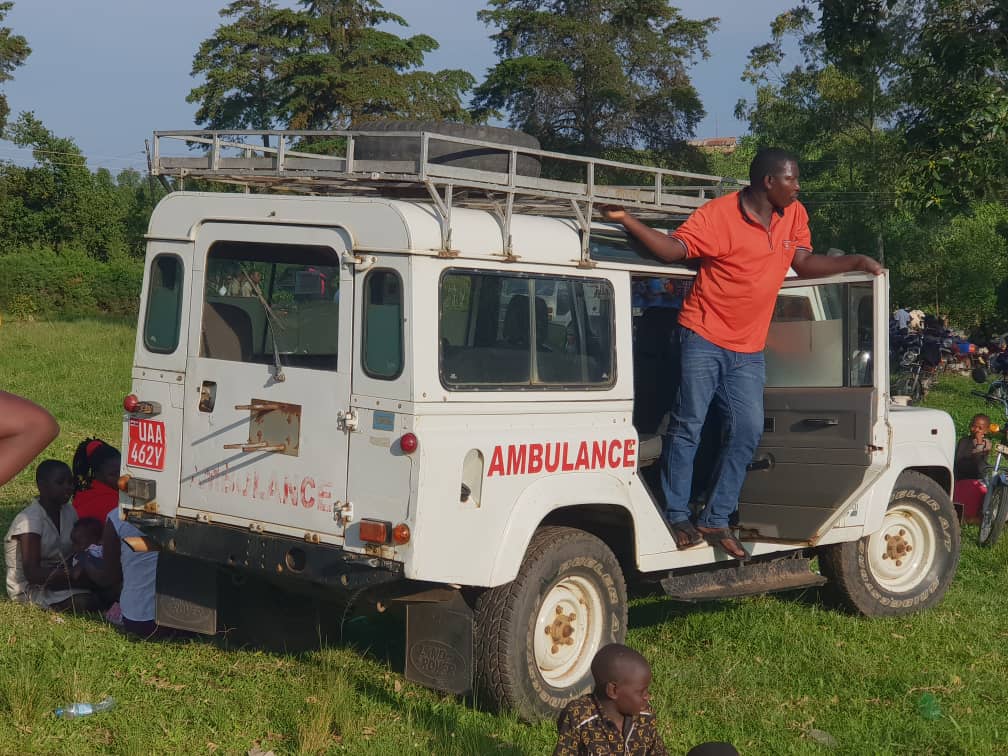 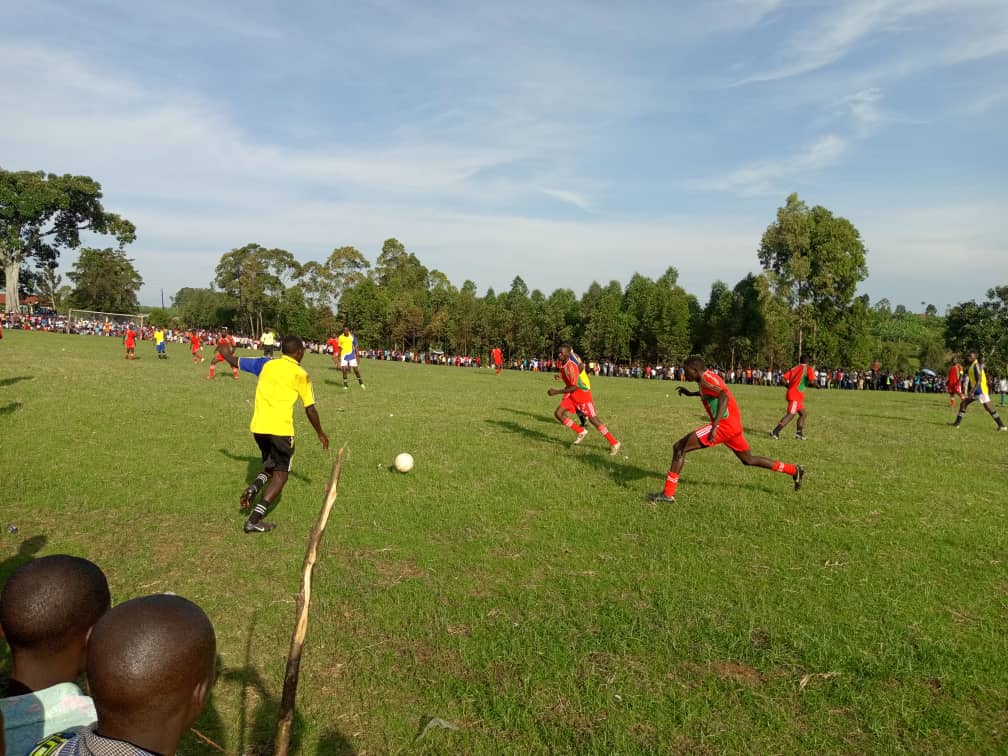 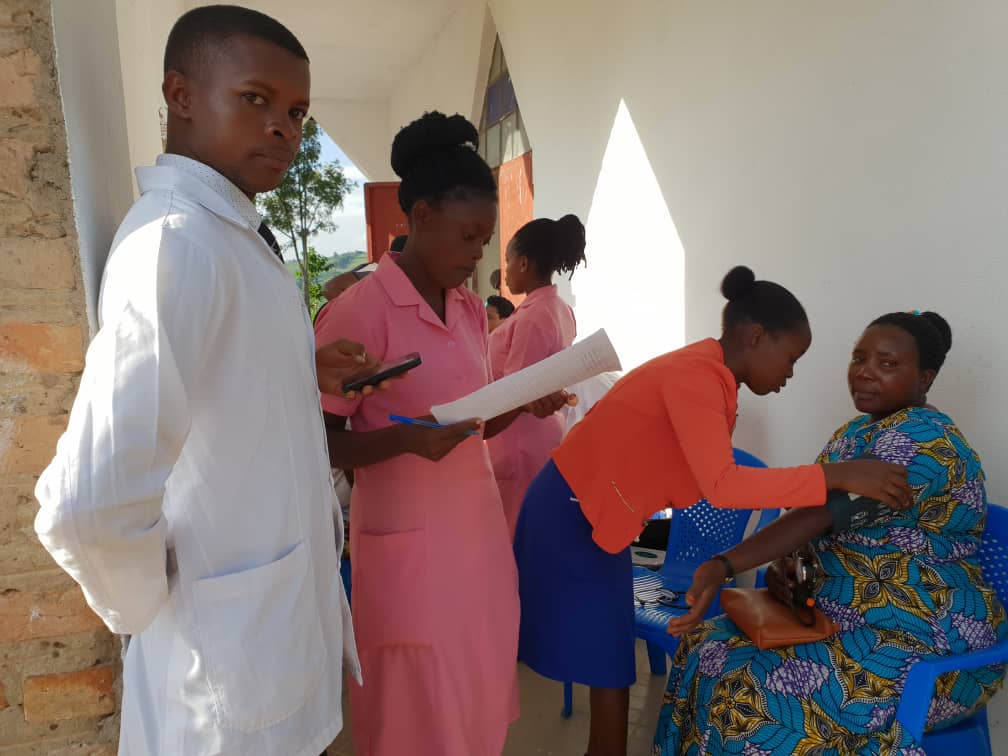