The President welcomed the celebrity couple to Uganda and assured them that the country is indeed the Pearl of Africa.

The couple was flown from Chobe Safari Lodge in Murchison falls national park where they are residing, on Monday to Entebbe 32 kms outside Uganda’s capital, Kampala.

Their luxurious residence is 280 kms north of Kampala.

Kanye and Kim’s meeting with President Museveni comes on the fourth day of their stay in Uganda during which Kanye also known as ‘Ye’ will record songs and shoot music videos for his ‘Yandhi’ album set to be released in November.

President Museveni said he held “fruitful discussions” with Kanye and Kim on “how to promote Uganda’s tourism and the arts”.

The singer gifted the President, who himself has a rap song (titled ‘Another Rap’) under his name, with a pair of white Yeezy sneakers.

“I thank Kanye for the gift of white sneakers. Enjoy your time in Uganda. It is the true Pearl of Africa,” Museveni wrote on Twitter.

The couple who are in company of their little daughter North West seem to be having the time of their life in the midst of the bountiful wildlife and nature. On Saturday, they had a game drive in Murchison falls national park. 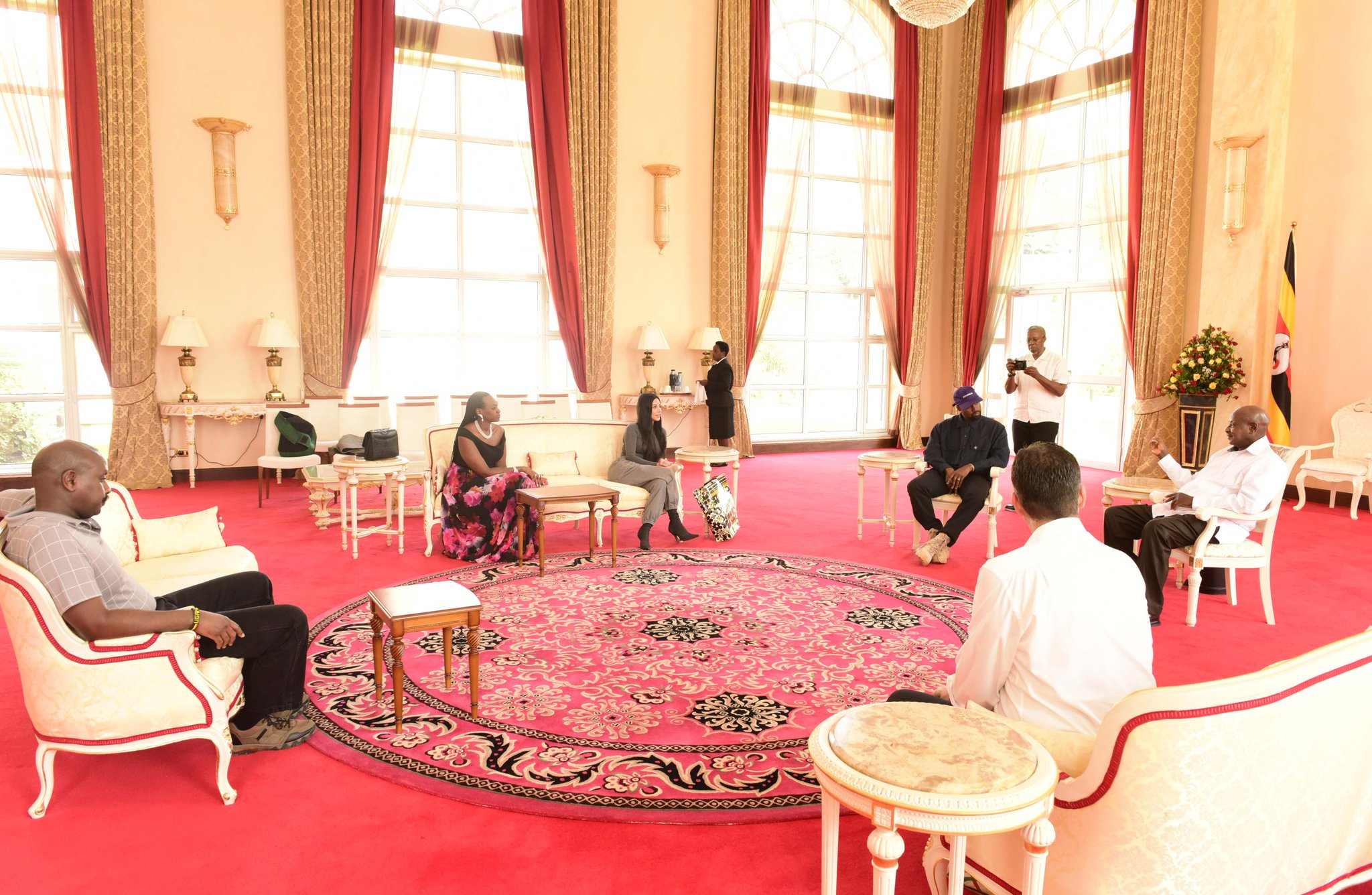 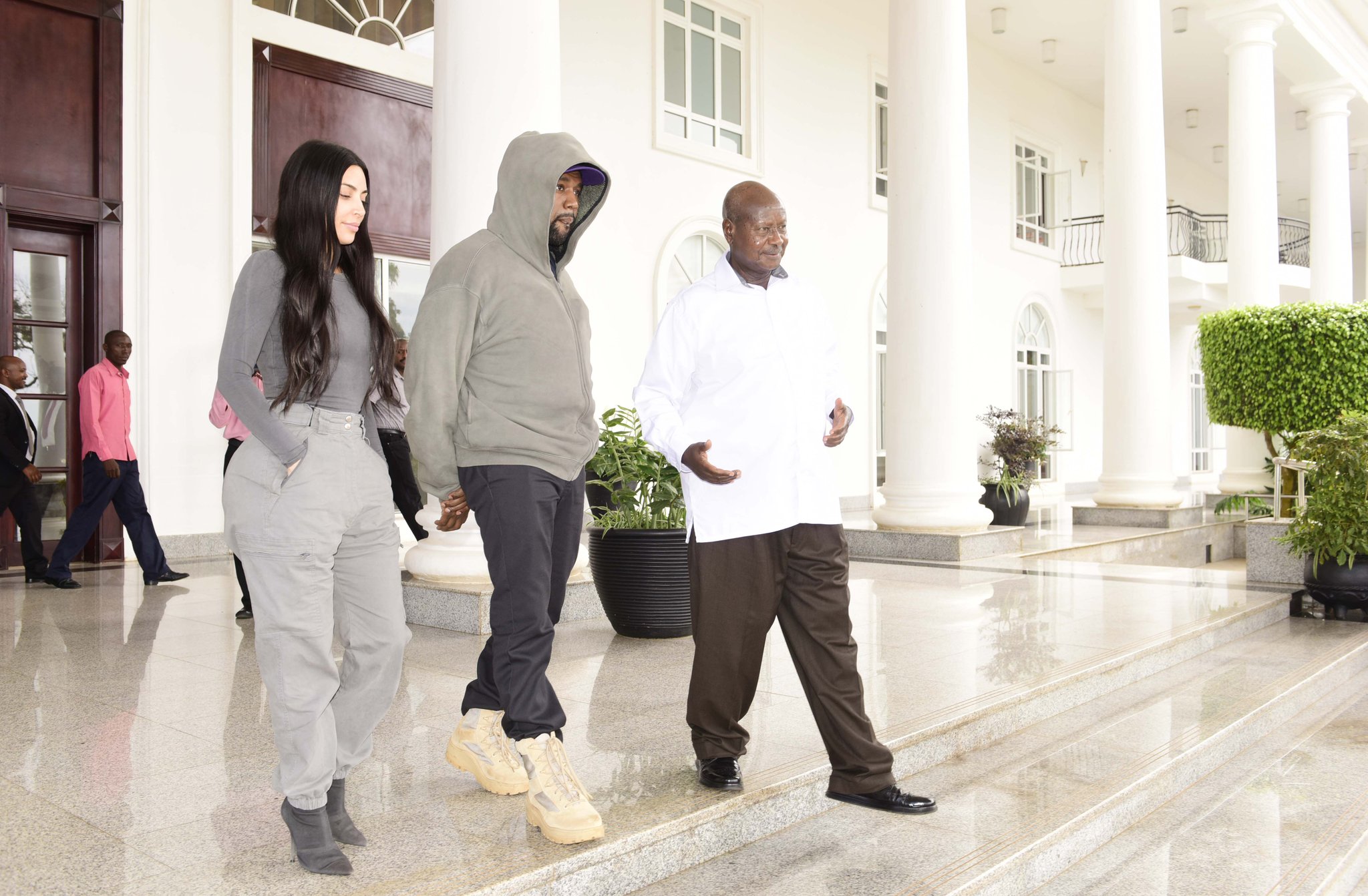 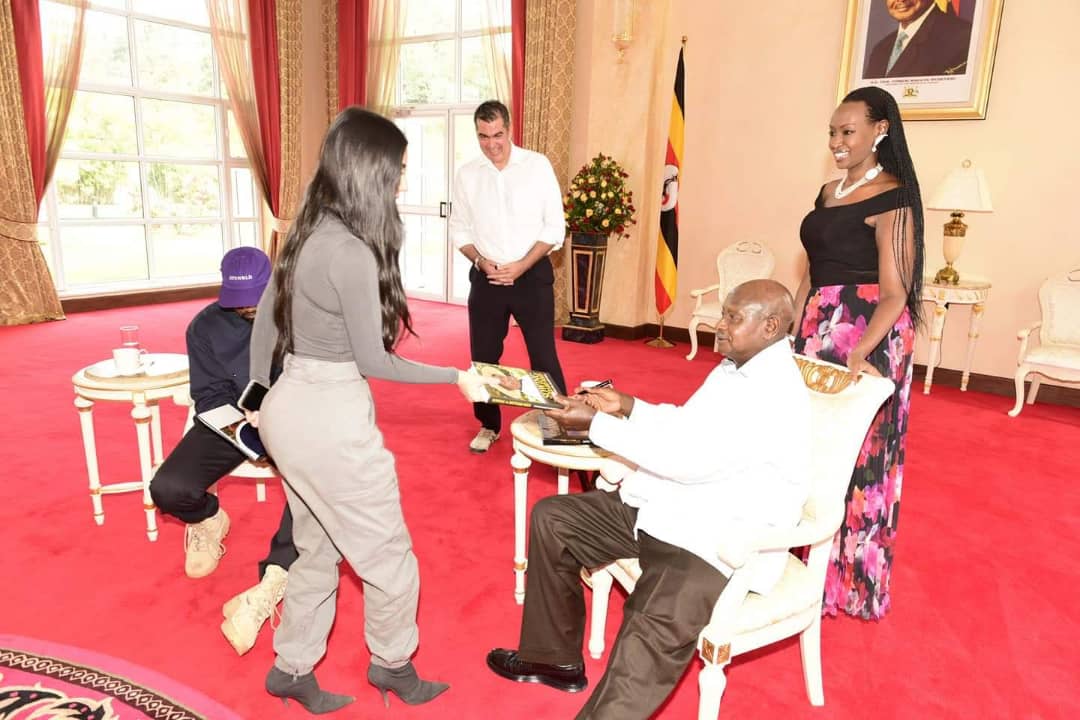