The duo was on Monday leading other activists under the People’s Front for Transition (PFT) pressure group to demonstrate against their leader’s detention as well as high commodity prices.

“…as they made an on-spot assessment of how women in Wandegeya are affected by high commodity prices,” Red Card Front said in a tweet.

“They were also demanding the release of Dr Kizza Besigye.”

They are detained at Wandegeya Police Station. 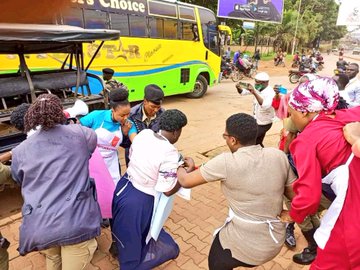 Besigye who was arrested for protesting against high commodity prices, last week rejected Shs30m bail and was sent to Luzira Prison on remand.

His supporters have since been demanding his immediate release while his lawyers led by Kampala Lord Mayor Erias Lukwago appeal the bail ruling.