The Archbishop of Kampala Diocese, Cyprian Kizito Lwanga, 68 is dead.

The sad news was announced by the Catholic Church in Uganda on Saturday.

“The archbishop was found dead in his room this morning,” a statement issued by the Archdiocese of Kampala revealed.

He attended Kyabakadde Primary School before joining Nyenga Seminary in 1964. Between 1972 and 1974, he studied at Katigondo National Major Seminary, in Kalungu district. He then studied Theology at Ggaba National Seminary, in Kampala. In 1979, he joined the University of Clermont-Ferrand. 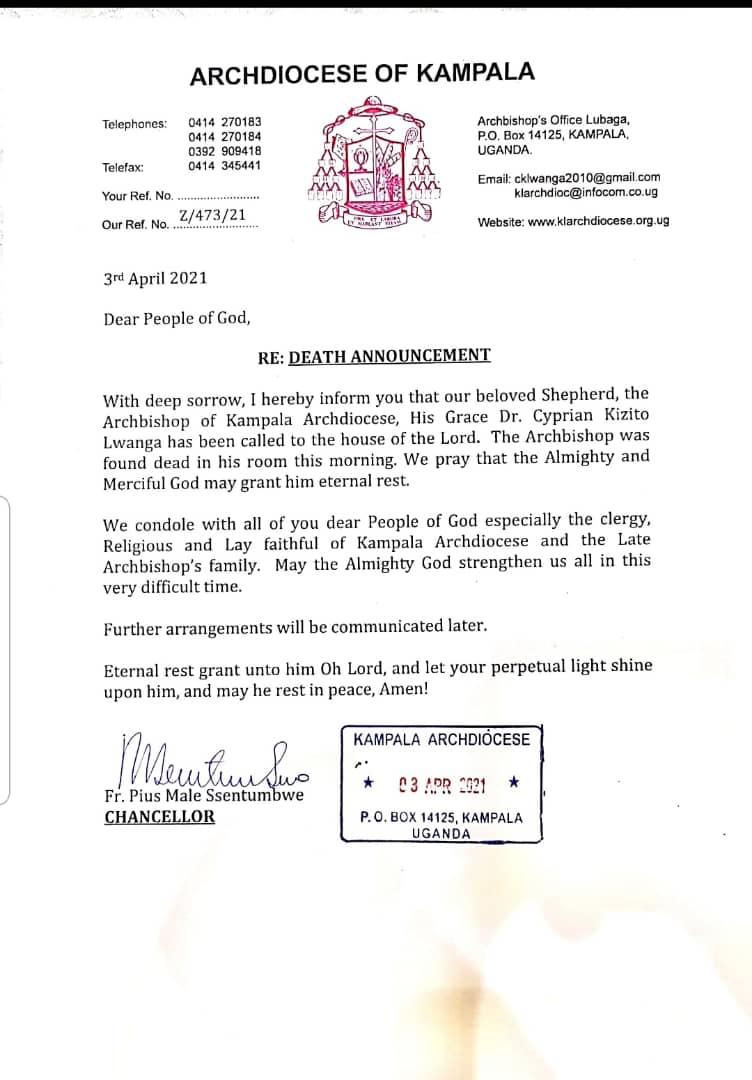