The event happened at the Peace Support Operations Training Centre (PSO-TC) in Singo after the group successfully completed a training course on ideology.

He said AMISOM is a framework to stop extreme Islamists from taking over the affairs of the Somali government, noting that if they did, then Somalia would become a safe haven for the terrorists.

“This army is built on a bedrock of ideological orientation to produce cadres who will remain cautious while doing their work,” noted Gen Mbadi.

He added that the mission calls for professionalism and discipline at all levels while diligently executing your duties.

Gen Mbadi observed that leadership is envisioned by practicing patriotism and Pan-Africanism as opposed to personal aggrandizement, values that must be upheld for one to become an efficient soldier. 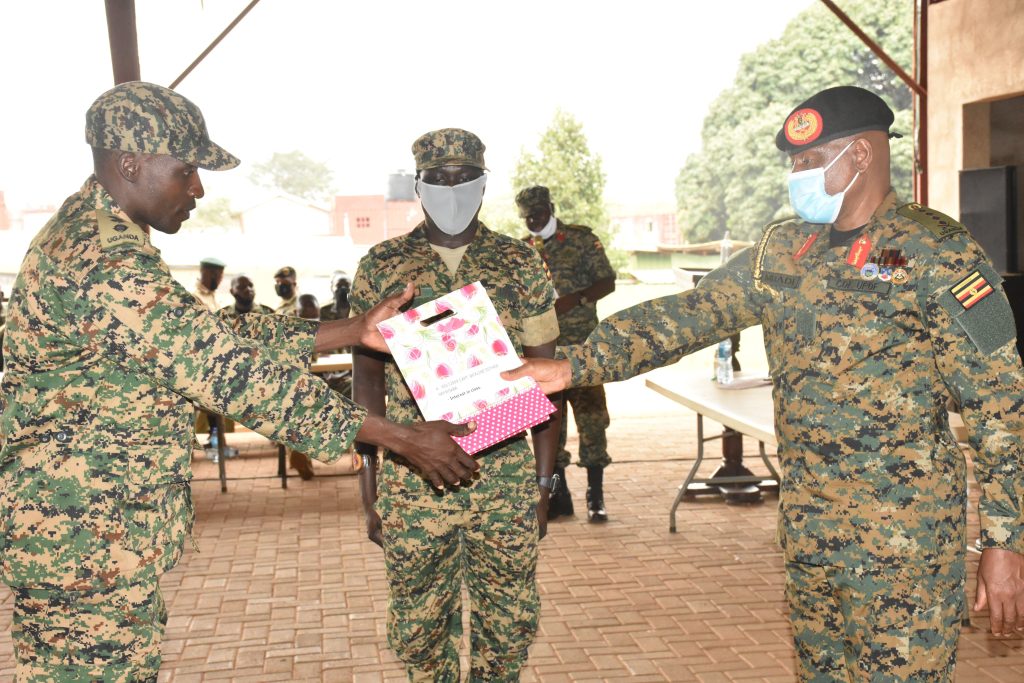 He encouraged BG XXXV to practice what they have learnt and urged them to become good will ambassadors of Uganda while in Somalia and further respect the culture of the Somali communities.

The CDF cautioned soldiers against reckless behavior that would expose them to diseases like COVID-19 and HIV/AIDS which still existed in communities.

BG XXXV was also implored to invest their hard-earned money from the mission area into income generating activities (like poultry and fish farming) that will improve their quality of life. 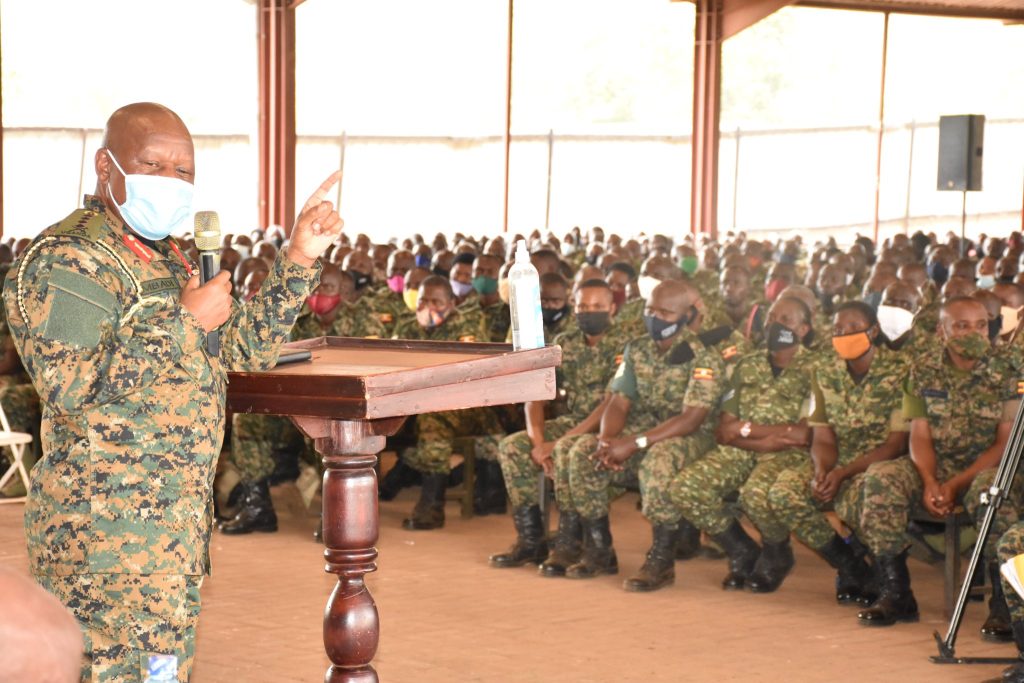 “Ujinga ya Askari, or careless soldiers who spend extravagantly should be advised by their commanders to save and invest in income generating activities,” he said.

Gen Mbadi also informed BGXXV that new modern houses will be constructed for soldiers starting in the next financial year 2022/23.

The Commandant of the PSO-TC in Singo Brig Gen Max Gumisiriza called for discipline and hard work while in the mission area. 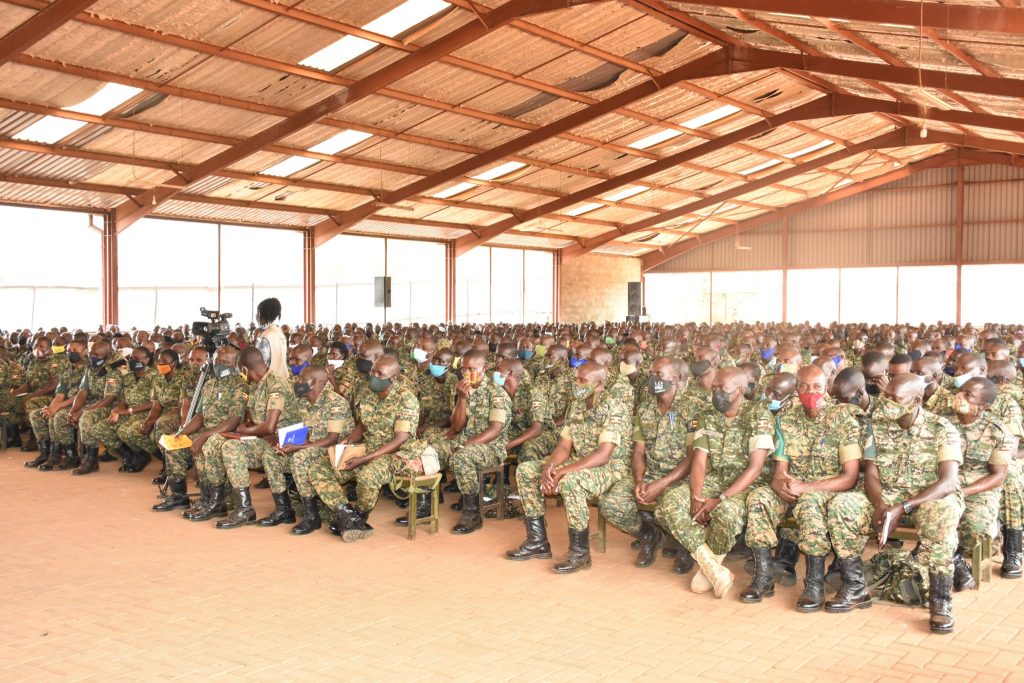 Best performing students at the ideological orientation course were awarded gifts in recognition of their outstanding performance.

The flag off ceremony was attended by other senior and junior UPDF officers and men, among others.