Ethiopian Airlines Boeing 737-800 after it was towed off the runway at Entebbe Airport.

Government has said that preliminary findings regarding Thursday’s incident at Entebbe International Airport where an Ethiopian Airlines Boeing 737-800 overshot the runway, indicate that it was due to an airpocket.

The Ethiopian Airlines Flight No. ET 338, a Boeing 737-800 overshot the runway at Entebbe airport on landing at 12.41am causing delays in inbound aircrafts.

However, aircrafts of other air operators, which were on the ground before the incident were able to depart.

The Minister for Works and Transport, Monica Azuba Ntege while addressing the press at the airport on Thursday afternoon said that preliminary findings point to an air pocket as the cause of the overshooting.

“I want to emphasize here, I have seen reports in the media that the plane crash landed. What happened was overshooting,” the Minister said.

“Initial reports say that according to the pilot, as they were landing, they met what to me I would refer to as an air pocket. They missed the touchline and landed a little bit off,” she told journalists.

She said that the pilot of the aircraft was in touch with the airport staff.

In aviation, the colloquial term ‘air pocket’ refers to a jolt of turbulence. It also refers to strong updraft, downdraft, or sudden fall in headwind or tailwind encountered by an aircraft in flight.

The Minister revealed that she was set to institute a team, as required by international aviation standards, to carry out a comprehensive investigation into the cause of Thursday’s incident.

In line with international practice, Civil Aviation Authority (CAA) issued a Notice to Airmen (NOTAM) temporarily stopping incoming flights from outside the country until after the aircraft had been safely removed from the runway end.

The Minister said the NOTAM was issued at 6:40am after the personnel involved in efforts to tow the aircraft realized they could no longer clear the runway in the anticipated time.

“When it came to 6:40am, they realized they have to inform all the other aircrafts to let them know that the runway safety was compromised. That is really the reason for the NOTAM,” she said.

She launded the stakeholders and staffers for a job well done to ensure the operations resume in the shortest time possible.

The Minister said that in accordance to the aviation regulations, she will set up a time to investigate the cause of Thursday’s incident.

The Ethiopian Airlines plane was removed from the runway end at about 10:15 am on Thursday and flight operations resumed.

This is not the first time an aircraft is overshooting the runway. In October last year, an Air Nugini plane overshot the runway at Chuuk International Airport and sunk in the lagoon just past the airport, but all passengers and crew were rescued, with no fatalities.

In August of the same year, a Xiamen Air aircraft with 165 people on board veered off an airport runway in the Philippines capital of Manila shortly before midnight, but there were no casualties.

An Air India Express flight also overshot the runway while landing at Mumbai airport in July 2018. 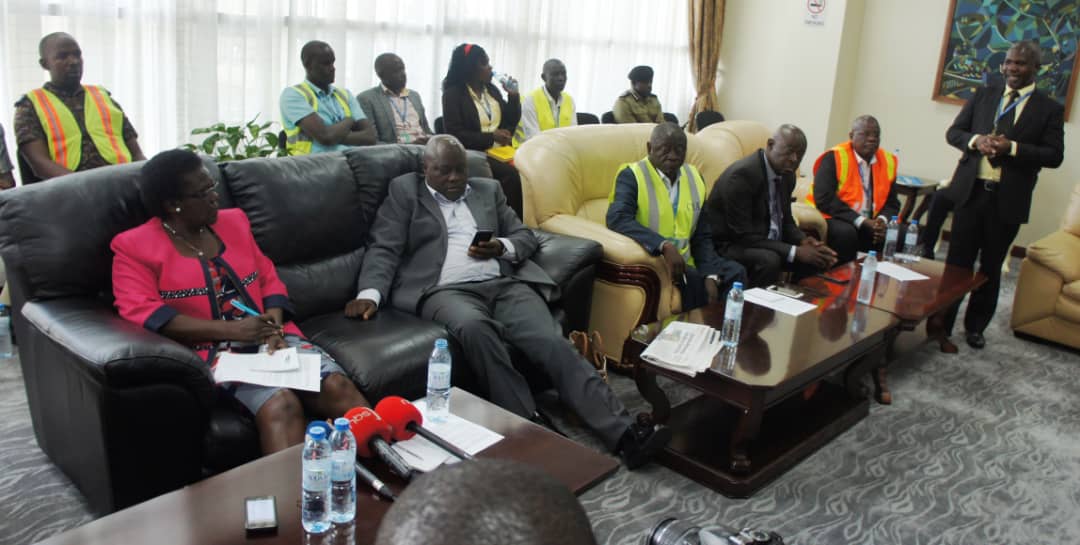