In Kamwenge, a Bee Keeping Project is Curbing Human-Wildlife Conflict and Improving Livelihoods

In Kamwenge, a Bee Keeping Project is Curbing Human-Wildlife Conflict and Improving Livelihoods

Wooden beehives which line the edges of the national park are suspended on a wire. (Courtesy photos)

As people neighboring wildlife habitats across Uganda continue to grapple with the dangers that these animals pose to their lives and livelihoods, a community in Busiriba sub-county near the Kibale national park in Kamwenge district have discovered an innovative solution in a bee keeping project.

The tourism sector in Uganda, which largely thrives on wild animals, is the country’s biggest source of foreign revenue. It generates an average of USD 1bn annually.

However, while government and conservationists push for the protection of wildlife, farmers living in communities neighboring national parks have continued to pay a hefty price – their livelihood – whenever animals like elephants, baboons, monkeys and others wade off from the gazetted areas to feed on crops.

Households in Busiriba, many of whom are subsistence farmers that depend on their small gardens for income, have not been an exception. Their biggest threat are the elephants. In order to address the problem, household members take turns to watch the gardens, women and children supervising during the day while the men stay up during the night.

But an innovative intervention led by George Owoyesigyire, the Deputy Director for Community Conservation at Uganda Wildlife Authority (UWA) is giving hope to the community by keeping the gigantic mammals away.

“I saw the community suffer, in the stretch almost around the park, but we did some monitoring for some years and identified some crop raiding hotspots mainly by elephants. And I decided to start up a bee keeping project which I coordinate,” Owoyesigyire told journalists in Bigodi, Kamwenge district on Saturday.

The group of journalists were visiting the area for a media conservation camp organized by Chimpanzee Trust and Ngamba Island Chimpanzee Sanctuary.

Owoyesigyire says he took the initiative to write some grant proposals in his personal capacity and has since given out 500 improved bee hives to individuals within the community at no cost.

The wooden bee hives which line the edges of the national park are suspended on a wire that runs horizontally at about 4ft height. The wire is supported by vertically erected forest logs. When the unsuspecting elephant crashes into the wire and shakes it, this swings the hives forcing the bees out. As a defense mechanism, the swarm of bees will sting the elephant forcing it to retreat to the park. 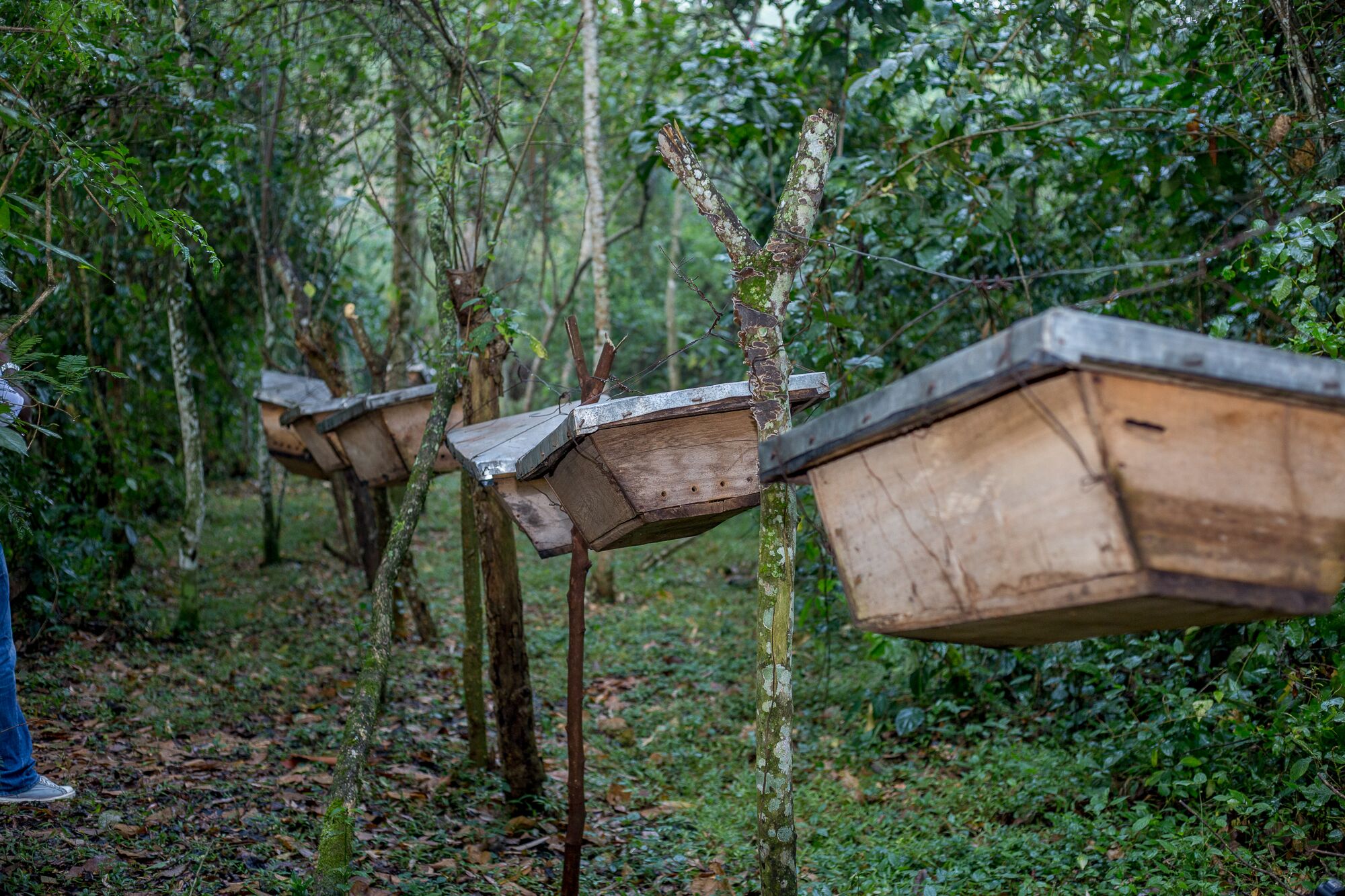 “The bees do the guarding for us. They buzz and sting the elephants. It is one of the most environment friendly interventions that we are now discovering,” he said.

He however says that on top of deterring elephants from destroying crops within the communities, the bees have become an attraction to tourists as well as a source of income for the community.

“It generates benefits for the community. Last night, we harvested over 20 kilograms of honey in about 5 beehives. And it is tropical forest organic honey, it is not contaminated”.

Last year alone, the community harvested 780 kilograms of honey and the bee farmers were paid in total Shs 3.5m from the sales. At ‘The Bee Hive’, a local restaurant located in the community, visiting tourists get to taste the organic and unique tasting honey or even make purchases.

He later told SoftPower News in an interview that the project was piloted in 2013 beginning with 200 bee hives which in 2016 increased to 500 in number. This, he says, has significantly reduced incidents of crop raiding by elephants.

“Most recently, we have got an offer from an American lady who has identified market for the organic honey in the U.S. Starting this year, she is going to be buying our honey, process it and export it. And she promises that the farmers will be earning an extra 2,000 to Shs 3,000 compared to the local market price, for each kilogram,” Owoyesigyire said. 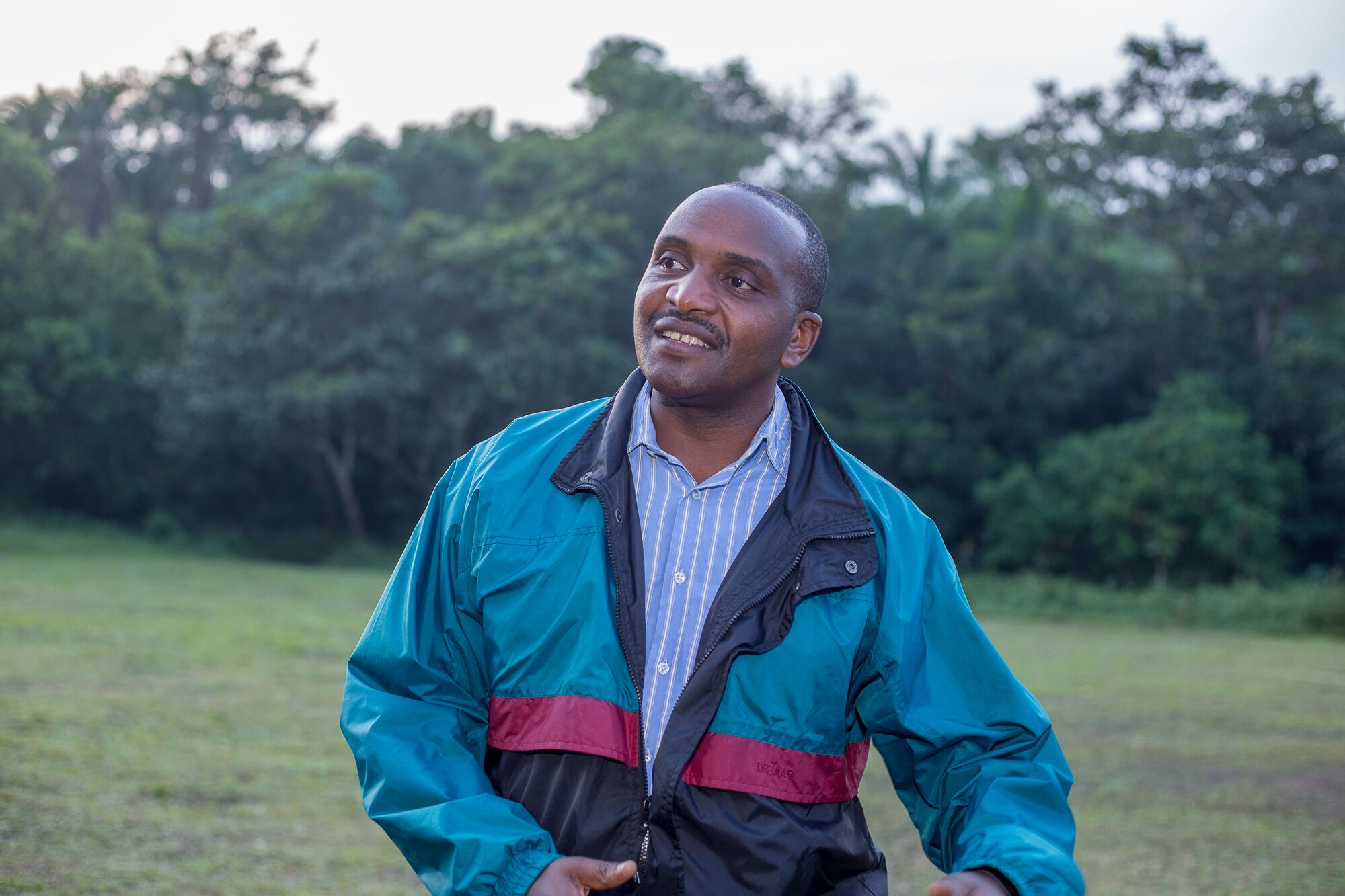 The other negative impact of crop raiding by wildlife is the productive time that it deprives household members including children who skip school to guard the gardens. But with the bee intervention, the UWA Director says the crop harvest has since increased and that children are now going to school.

UWA maps out particular areas for which the different communities of farmers are responsible. As part of the conditions to own the hives, farmers enter an agreement with UWA stating that should poachers cross their area of responsibility and get into the national park, their grant will be terminated. The Uganda Wildlife Act, Section 29 (1) gives UWA the authority to enter into agreements of such nature with communities to grant them wildlife use rights (to make some extractions) in exchange for monitoring against illegal activity such as poaching.

“We sign an agreement with the people we allow to put the beehives along the park boundary. That ‘We are giving you this area, nobody should cross and go to poach’. We have had calls at night notifying us about illegal entries. We then call the park headquarters, they move in and capture the poachers,” he told this news website.

“We have had a decline in poaching”.

The same bees help keep away livestock like cattle belonging to community members, from trespassing into the park to feed on what should have been pasture for wildlife. 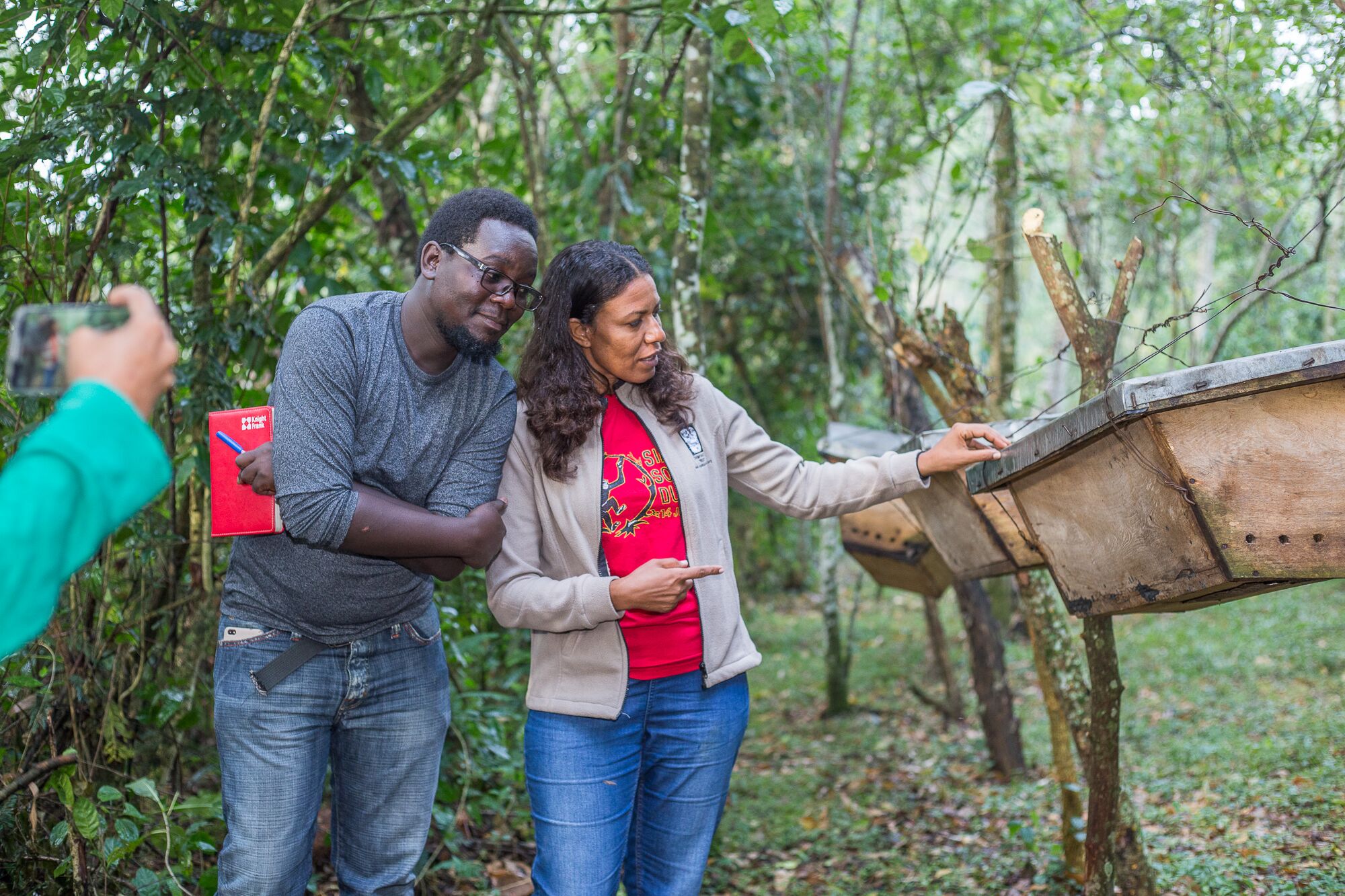 The communities already benefitting from the project include those in areas of Kyabakwerere (with about 80 beehives), Kihoima (90), Busabura (150), Kabwegemire all in Busiriba sub-county in Kamwenge district.

As a result of the project, the farmers have formed an Association. The farmers save about 10 percent of the income generated from the honey sales and the balance is divided amongst themselves. Owoyesigyire said neither the district nor the central government uses these funds.

The model has also been replicated in Mwenge in Kyenjojo district where there are about 200 beehives. Other areas where the intervention has been introduced are Bunyaruguru in Queen Elizabeth and Murchison falls and Kidepo valley national parks.
On top of mitigating cases of poaching and crop raiding, this project as well helps conserve the African honey bee which has become endangered in the face of degradation of its habitat (trees).

John Mugenyi, a member of the Kyabakwerere Community Bee Keepers explained that the community benefits by harvesting honey, some of which is consumed, the other sold along with its byproducts such as candle wax.

“We can harvest, sell and get money and at the same time eat it [honey] like food. And it is very sweet. One kilogram of honey costs Shs 9,000 depending on the quality. One hive can generate 10 to 15 kilograms,” Mugenyi said.

“When we get this money as a community, we share it. We buy books for our children, buy uniform, school fees,” he said. According to Owoyesigyire, with Associations like Kyabakwerere Community Bee Keepers, these community members are better positioned to tap into other income generating projects by government, such as Operation Wealth Creation (OWC). He says that the district has already pledged to provide them with equipment and protective gear required in the harvest of bees.

As well, he adds, these farmers are poised to benefit from projects by the Entomology Department under the Ministry of Agriculture which supports bee keeping enterprises. 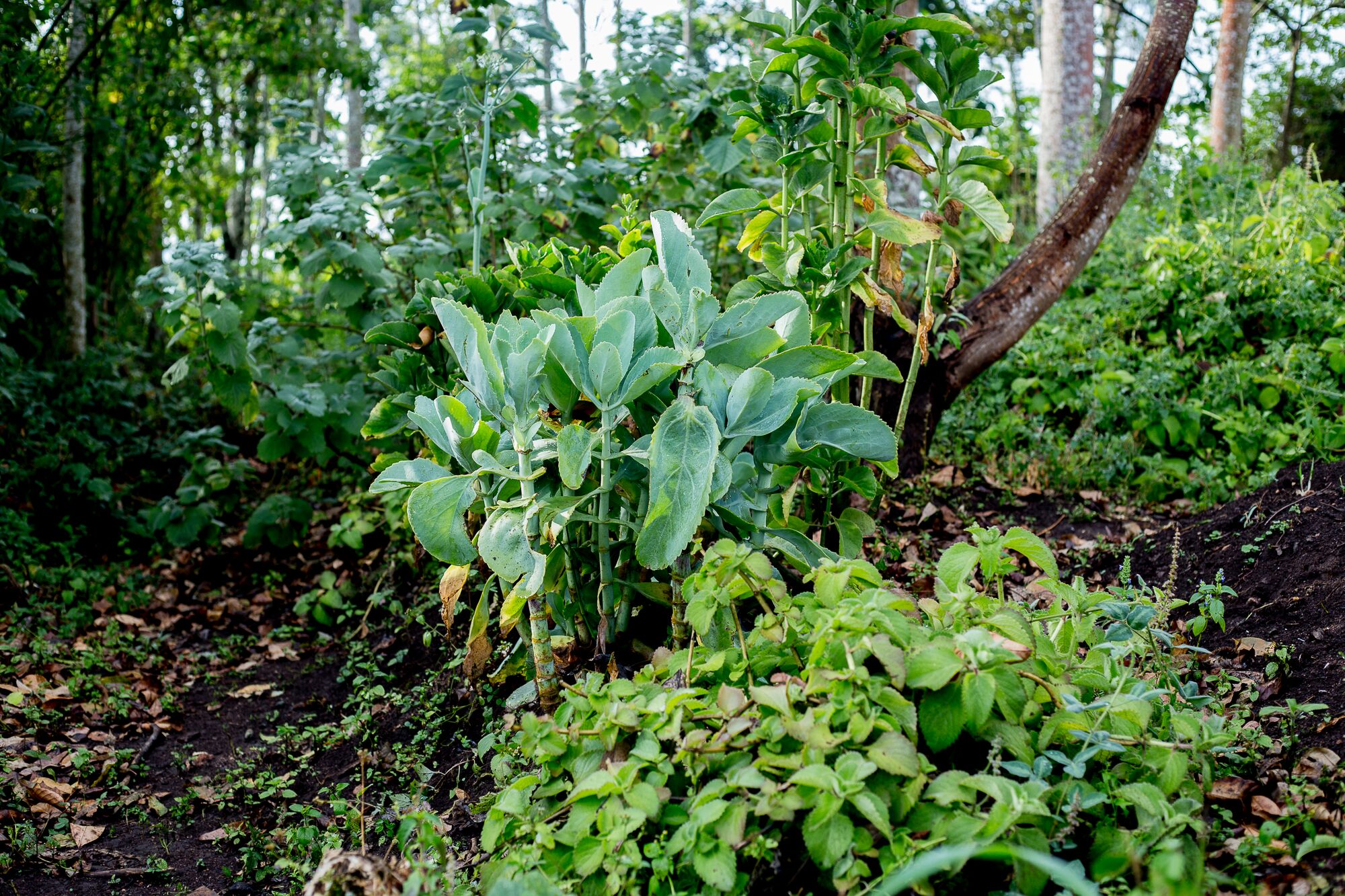 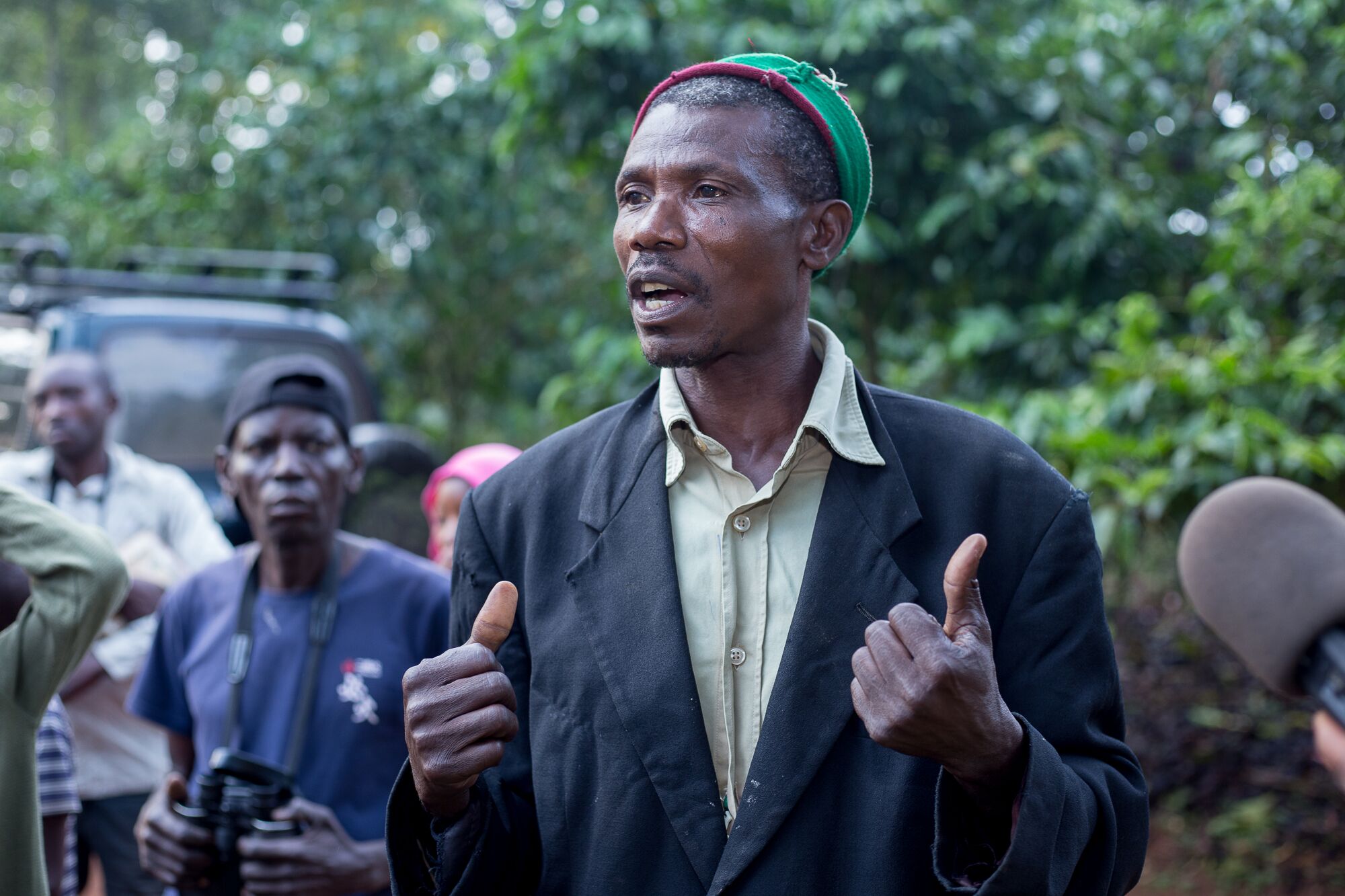 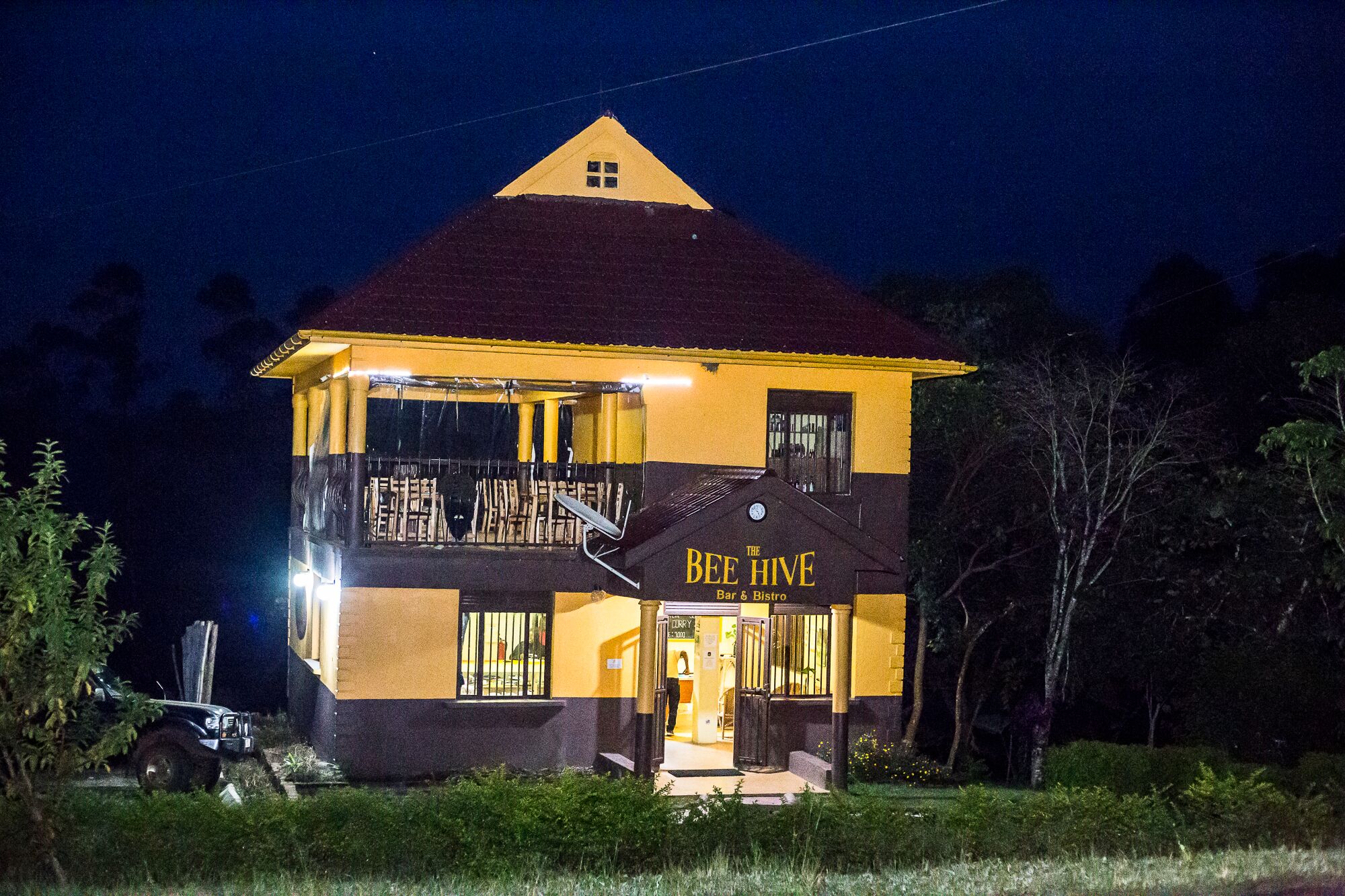