AIGP Golooba decorates one of the promoted officers

The Inspector-General of Police J.M Okoth-Ochola has promoted 198 police officers that completed a six-month officers’ basic course at Police Training School, Kabalye in Masindi to the rank of Assistant Inspector of Police (AIP).

The officers are professionals from the Directorate of ICT, forensics, FFU, medical and instructors. 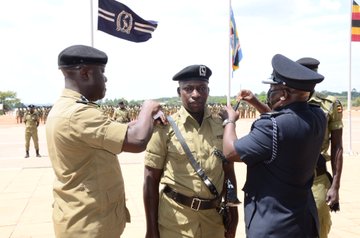 Presiding over the pass-out ceremony, the Director Human Resource Development, AIGP Godfrey Golooba, urged the officers to remain healthy and focused, avoid drug misuse, especially alcohol so as to advance their career. 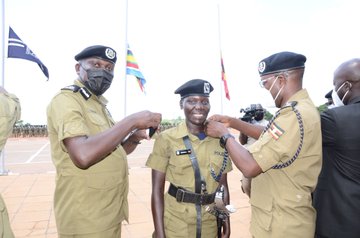 He told them HIVAIDS is real and kills. 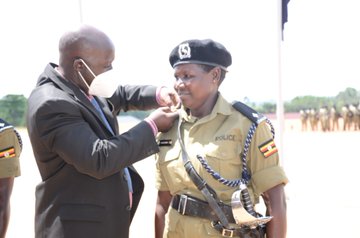 “Avoid corrupt tendencies while performing your police duties, have a positive attitude towards work, loyalty, discipline and commitment are a pathway to reach goals and dreams,” AIGP Golooba said.