Kamateka's property after being thrown out of her house.

IBANDA – Police in Ibanda district saved a woman accused of using witchcraft to inflict illnesses and deaths on others from being lynched by an angry mob.

Locals in Kabura cell, Ibanda municipality in Ibanda district had banished the woman on allegations of practicing witchcraft that resulted in the death to some of the children in the area.

The 30-year-old woman identified as Jane Kamateka was a resident of Kabura cell, Kanyansheko ward, and Kagongo division in Ibanda Municipality.

Police had to swing in and use teargas as well as live bullets to disperse angry residents who wanted to lunch Kamateka to death.

She was rescued from the mob and rushed to Ibanda Police post.

Savion Tinkamanyire, the area Chairperson told SoftPower News that Kamateka was indeed a witch and that she was distasted by many in the village.

He further warned other residents who are in the practice of witchcraft that they will be banished.

“Kamateka was a witchdoctor. I myself plus my wife were also bewitched by her. She had threatened to bewitch me, the LC Secretary and the Women’s leader. Kamateka had a group but we shall banish all of them from our cell because they have inflicted pain on us,” said Tinkamanyire.

Sedreda Kyogabirwe who has been a neighbor to Kamateka said she (Kamateka) was using local herbs to destabilize their families and cause health challenges to their children in the village.

“As locals of this cell, we have thanked God to see that this woman has left this area. We are tired of her,” said Kyogabirwe.

As residents threw her up property from Kamateka’s residence, they came across a number of herbs and skins.

“Let’s be responsible citizens. Whenever you have an issue, come to police or report to your respective leaders to solve the matter. We don’t want you to destroy any property here” he advised. 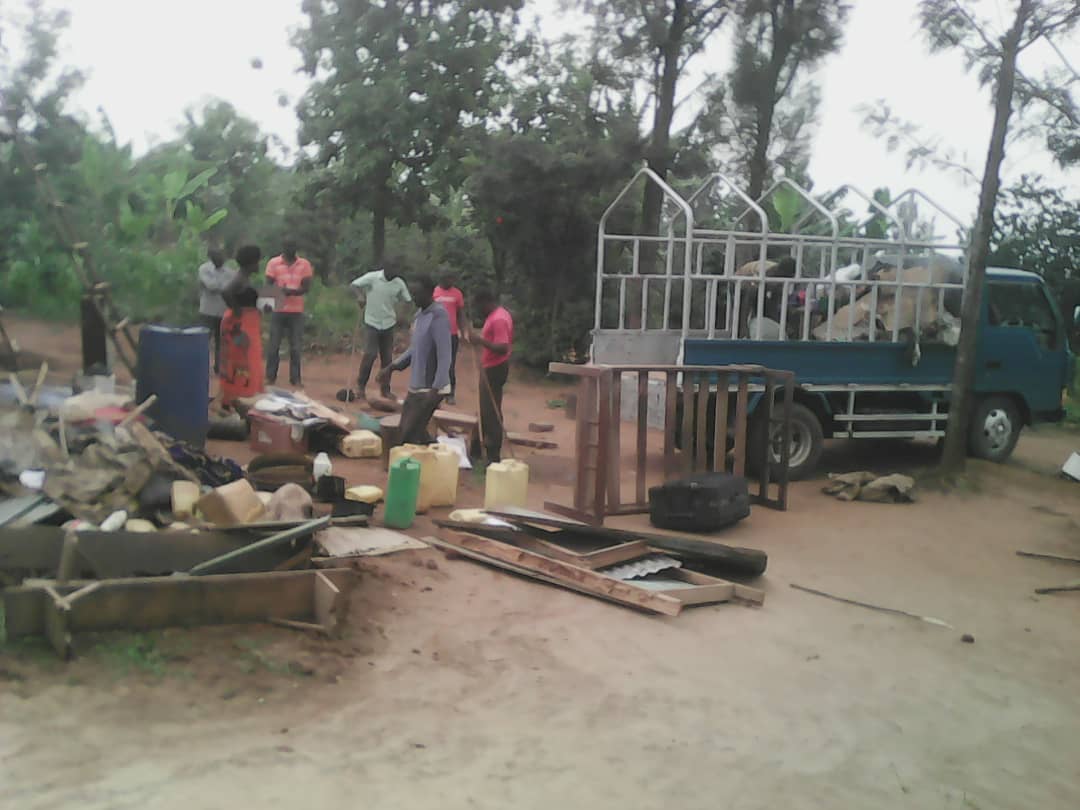