The monetary donation was made on his behalf by the UPDF Chief of Civil-Military Cooperation (C/CIMIC), Brig Gen Emmanuel Rwashande, during the last day of the 4th EAC armed Forces field activities.

“On behalf of the CDF, I donate 2 Million Tanzania Shillings to support the welfare of orphans in this center,” said Brig Gen Rwashande

He added: “In the brotherly and Pan-African spirit, I appreciate the role played by the people of Tanzania to liberate Uganda. Some of the liberators came from Zanzibar.” 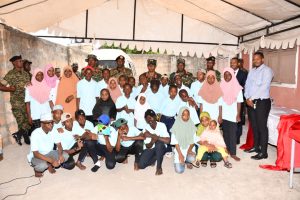 Brig Rwashande also thanked the leaders who are looking after the children saying that what they do enhances human security.”

He said that UPDF was allotted Zanzibar as an area of responsibility for the EAC CIMIC activities and that the donation is a good gesture and recognition of the importance of human security.

During the outreach to the orphanage and centres for the elderly in Zanzibar, Brig Gen Rwashande was accompanied by the C/CIMIC of Tanzania Peoples’ Defence Forces (TPDF) and Defence Liaison Officers at the East African Community (EAC) Secretariat.

Col Rusodoka William, the Chair Defence Liaison Office and Representative of the EAC Secretary General, explained that CIMIC activities are conducted in line with the Protocol on Cooperation in Defence Affairs.

“We are in Zanzibar to confirm to and conduct CIMIC activities as planned by the EAC strategic leadership,” said Col Rusodoka.

He noted that such regional mechanisms and armed forces’ joint exercises, foster unity, development and strategic security among others. 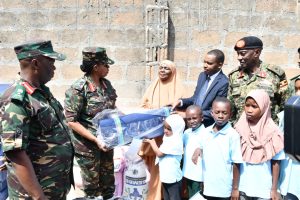 Col Rusodoka was pleased with the progress of the activities since no bad incident had been recorded or reported in sectors where the EAC armed forces are participating in the exercise.

The Chief of CIMIC of TPDF, Brig Gen Agatha Mary Katua observed that all activities in the six sectors are people – centered.

“Ongoing activities are pro-people to augment the efforts of local governments through provision of medical services and donations to vulnerable groups,” she said.

She noted that such activities enhance the cooperation between the armed forces and the people.

“We are glad that now days, people are closer to their defence forces unlike before.”

The delegation donated dozens of mattresses, food stuffs and assorted items to both Assalam Orphanange and Walezo centers.

On their part, the head of the centres for the vulnerable, Assalam and Walezo, Hadija Hamis and Hamis Ali Hajji, thanked the Chiefs of Defence Forces of UPDF and TPDF for extending hearty offers to improve the plight of children and elders in communities.

The delegation was received by the 101 Brigade commander of Zanzibar, Brig Gen Saidi Hassan Saidi.

The 4th EAC Armed Forces CIMIC activity commenced on 26th Aug 2022, and will culminate in the main celebration of TPDF day on 1 Sept 2022, in Dar – es- Salaam. 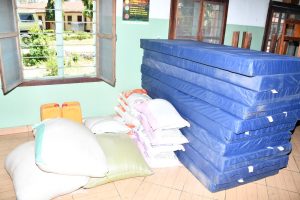 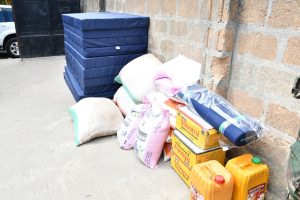 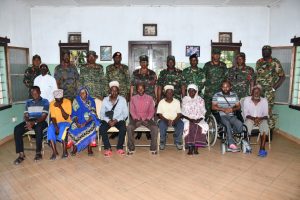