UWA team after capturing the crocodile.

Uganda Wildlife Authority (UWA) has captured a crocodile that had strayed off into the community in Hoima district, near Lake Albert.

The Nile Crocodile was found in Tonya A village, Buseruka sub-county in Hoima on Thursday, according to the UWA spokesperson, Bahir Hangi. It was captured by the UWA Problem Animal team.

The huge reptile measured 5.8 metres in length and weighed 850 kilograms. It had eaten 12 cattle in a space of just two months since December last year.

“Our team used bait of a goat to capture it. The crocodile has been released I River Nile in Murchison falls national park,” UWA said in a statement.

The issue of stray animals is common and problematic to communities living near gazetted national parks and fmgame reserves. These animals pose a serious threat to the humans as well as the livestock.

Much of this straying is attributed to changes in land use and the increasing search for farmland which lead to a decrease in the wildlife range.

UWA has a team of skilled staff to respond to reports about crop raiding and threats to livestock and to communities.

These are dealt with using methods such as scare shooting to chase the problem animals back into the protected area; capturing and translocation; and sensitizing the communities.

As a last resort, individual animals that fail to return to the protected area may be sport hunted or killed in order to reduce the threat.

Those killed under sport hunting generate revenue for the communities through the hunting fees, which in turn discourages poaching and contributes to conservation. In some scenarios however, the community members out of frustration have hunted and killed these animals known to have caused them losses. 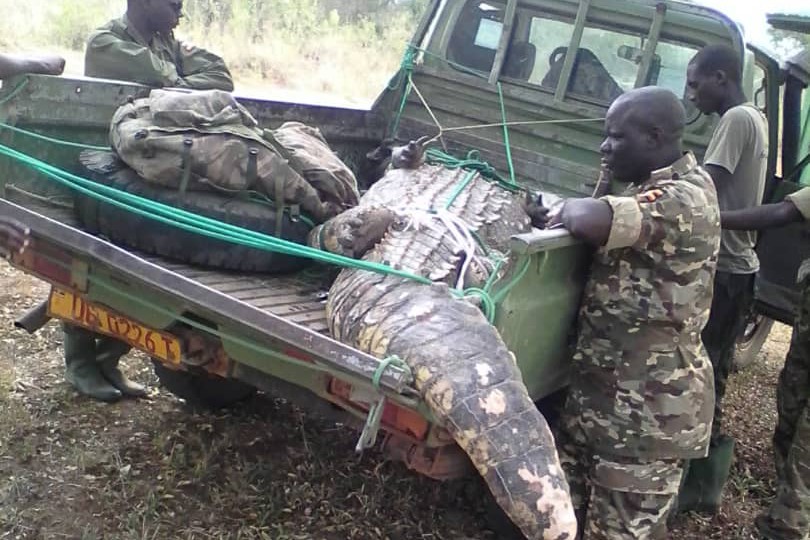