Health Minister Jane Ruth Aceng has withdrawn her interest in the speakership race shortly after being nominated.

“I’ve taken a decision to withdraw my intention to stand for the position of speaker of parliament. I feel its only proper that I step down,” she noted.

“I have not had enough time to consult my party leadership, colleagues and family,” Aceng wrote, adding that she would “continue serving diligently in her current capacity as health minister”. 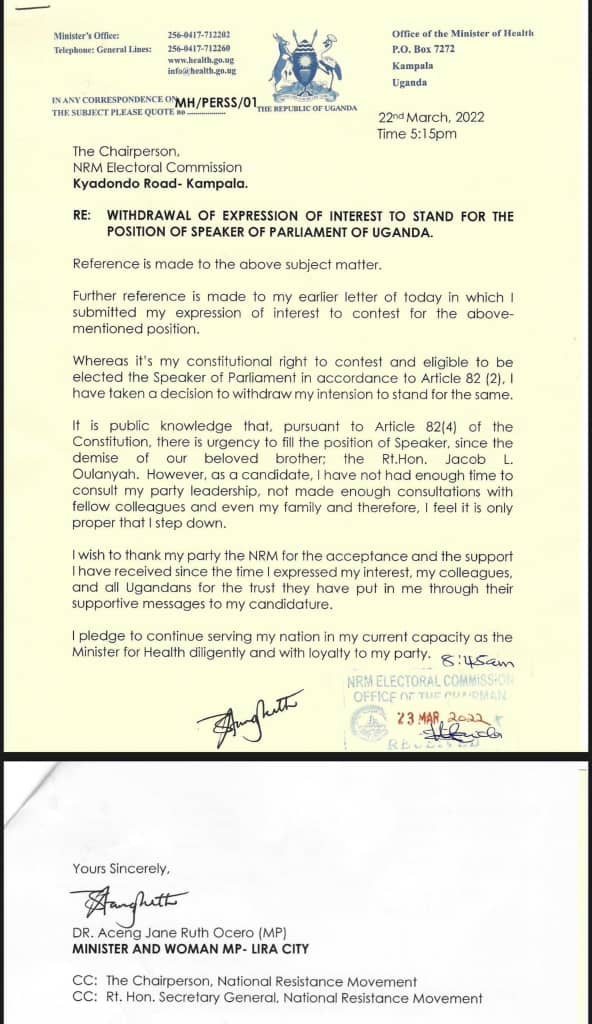 Only two opposition MPs Asuman Basalirwa and Ssemujju Nganda have openly expressed interest for speakership while Charles Ttebandeke has his eyes set on the deputy speakership position.