Government through the Ministry of Foreign Affairs has refuted claims that the Danish embassy is denying Visas to the holders of the new East African Community (EAC) electronic passports.

The Ministry issued a statement on Friday clarifying on the social media reports. The reports that have been circulating on social media hold that the Danish embassy has rejected to issue Visas to holders of the new Ugandan East African Community passports.

In its explanation, the Ministry says the embassy of Denmark, like all other diplomatic and consular missions and international organizations accredited to Uganda were informed and issued samples of the new passports in December last year.

“According to the Danish embassy in Kampala, the samples were forwarded to the Danish Ministry of Foreign Affairs in January 2019,” the statement adds.

“The process of entering the new Ugandan East African Community passports into their system is ongoing and shall be concluded soon”.

Government says that so far, there have been two Ugandan visa applicants with the new passports who intend to travel to Copenhagen in April 2019. The applicants have been assured that their applications will be processed as soon as the registration is completed, the Ministry said.

The public has been urged to be patient as the immigration authorities of the foreign governments update their systems. 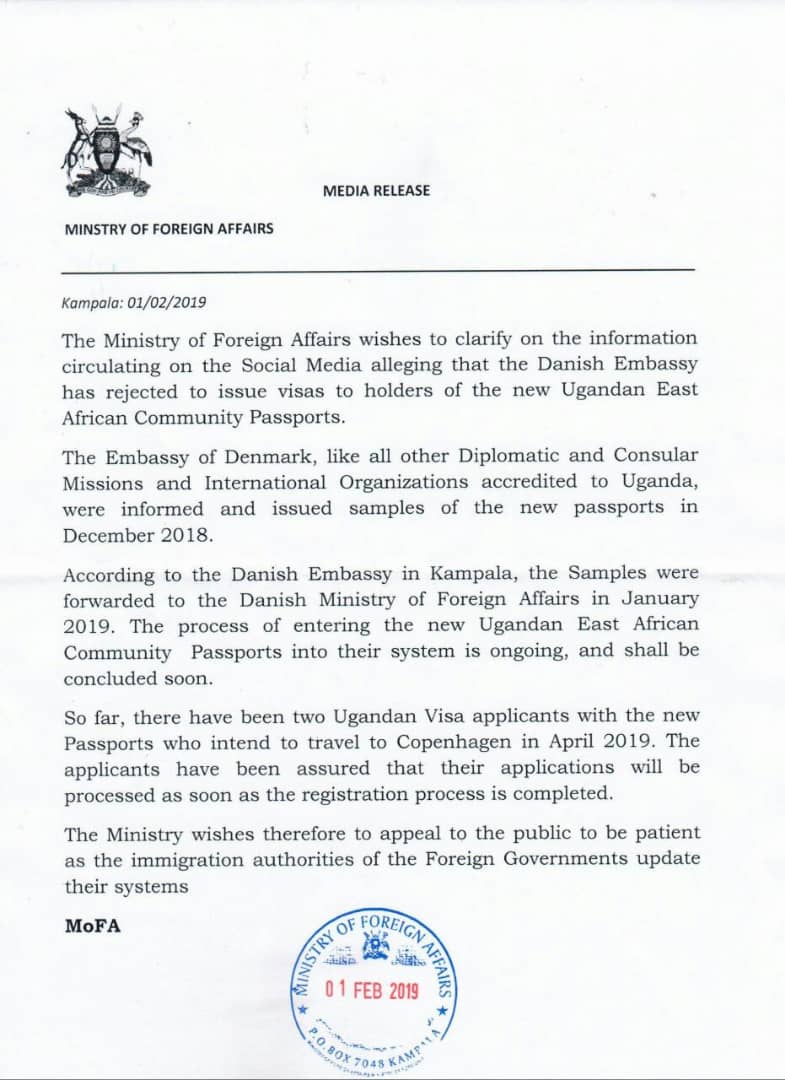 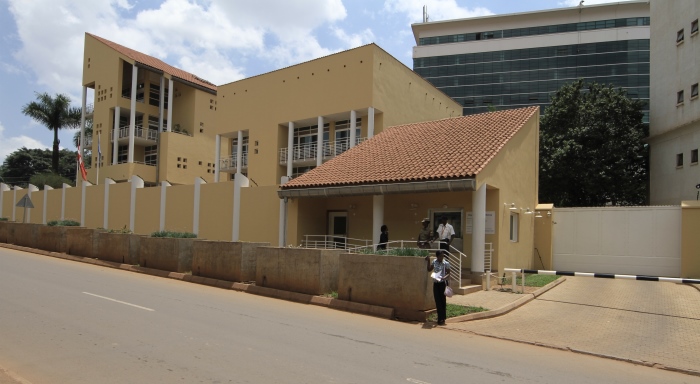