Minister Kibanzanga and other officials inspecting some of the digital solutions on exhibition.

Government has lauded the government of Netherlands for its intervention towards modernizing agriculture through provision of digital solutions that include insurance, weather alerts and agronomic information.

Netherlands has been implementing the Market-led User-owned ICT4-enabled Information Services (MUIIS), a project that offers a bundle of highly targeted digital services including index-bases insurance and loans.

Since September 2015 when the first phase of the project was launched, at least 250,000 farmers in different parts of Uganda have been digitally profiled. In addition, 3,200 small holder farmers have subscribed to the MUIIS service bundle. Of these, 628 farmer subscribers have recently benefited to the scheme’s largest insurance payout.

A sum of Shs 27m is being paid out in compensation for drought destroyed crops.

On Wednesday, during a forum to assess the impact of the project, officials from MUIIS reported that farmers who subscribed to the bundle have realized a sizable increase in maize productivity up to 67%. This increment is informed by a Rapid Crop Yield Assessment carried out by the Alliance for a Green Revolution in Africa (AGRA) in collaboration with Uganda’s National Agricultural Research Organization (NARO).

State Minister for Agriculture, Christopher Kibanzanga who officiated at the forum said that the MUIIS project needs to be saluted for mordenizing the agriculture sector.

“Modernization can only be complete if we take advantage the existing science and technology,” he said.

“In Uganda, agriculture is private sector led. At the same time, we are dealing with small holder farmers. In order to do a smart job, they need to have information 24/7 and this is what MUIIS is trying to do”.

Kibanzanga said that out of the 5,000 agriculture extension workers needed, government has only recruited 3,000 thus far, but that this comes at a cost. With digital interventions like agronomic tips, government will cut down on this cost, he said.

He as well underscored the importance of registering farmers and categorizing them basing on the size of their farms, their location and the crop type they are growing.

“We don’t know how many [farmers] and where they are. Unless we have this information, we are far from modernizing agriculture. We are excited about this project. MUIIS are our strategic partners due to their work of empowering farmers. We appreciate the Dutch, but we need to expand the reach,” he added.

On the part of government, investment is being made in critical components of agriculture such as irrigation systems as well as greenhouse farming, the Minister said.

Phase Two of the project which was launched on Thursday will focus on building on the successes of the first phase, to make the project operate on a business model.

Anno Galema, the Head of Food Security and Private Sector Development at the Embassy of Netherlands, said that the government of Netherlands is looking to make agriculture a business sector and to make farmers entrepreneurs, not mere subsistence farmers.

“I.T makes the information stream more easier and accessible to the farmers. The impact is good but numbers (for the project) are not impressive yet, there is potential to scale up,”Galema said.

He said that food and nutritional security are key for the achievement of Sustainable Development Goals (SDGs). 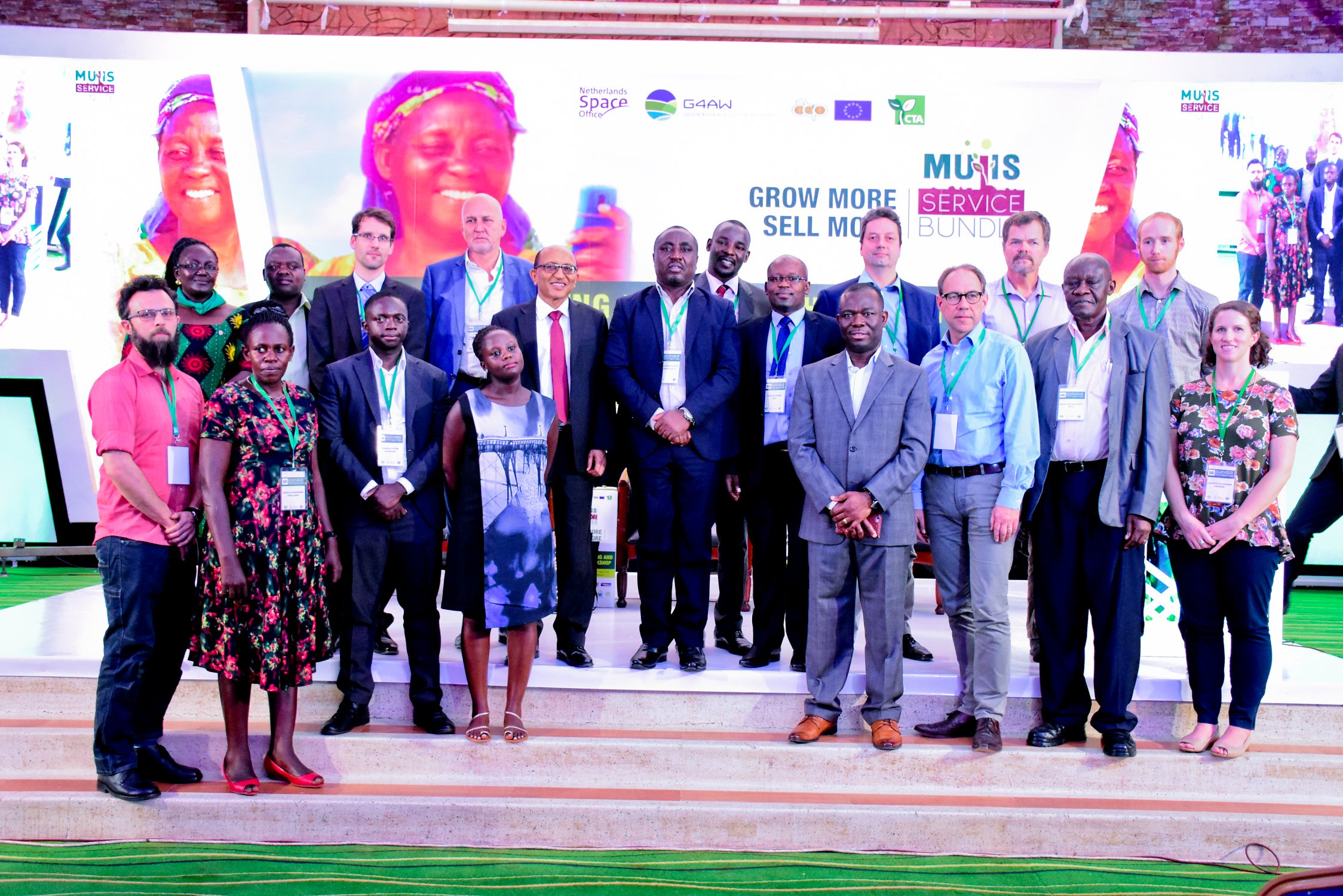