Government and the European Union (EU) has launched yet another program as part of the continuous efforts to support socioeconomic recovery of Northern Uganda. The Development Initiative for Northern Uganda (DINU) will focus on areas of food security, transport infrastructure and good governance.

Over the years, government, development partners and the civil society have undertaken numerous initiatives to eliminate post-conflict problems such as poverty that have impeded development in Northern Uganda.

Notable among these programs was the Northern Uganda Social Action Fund (NUSAF) which was implemented in three phases.

However, despite this undertaking along with other parallel projects that have been implemented by NGOs, there is still a gap in service delivery and high poverty levels.

The latest Uganda’s Household survey data of 2016/17 shows that 32.5% of the people in Northern Uganda are living below the poverty line compared to the 21.4% national average.

The situation in the region has been further worsened by the influx of refugees fleeing conflict in South Sudan, with Northern Uganda accounting for close to 68% of the over 1.4 million total refugee population in Uganda.

In his remarks, Prime Minister Rugunda said that “these indicators call for concerted efforts to improve the situation and that is where DINU comes in timely”.

He said that issues of food security, infrastructure and good governance are critical to the development of aspiration of this country.

“In our strategy to achieve middle income status, issues of food security are pertinent. A country should be in position to feed itself,” the Prime Minister noted. 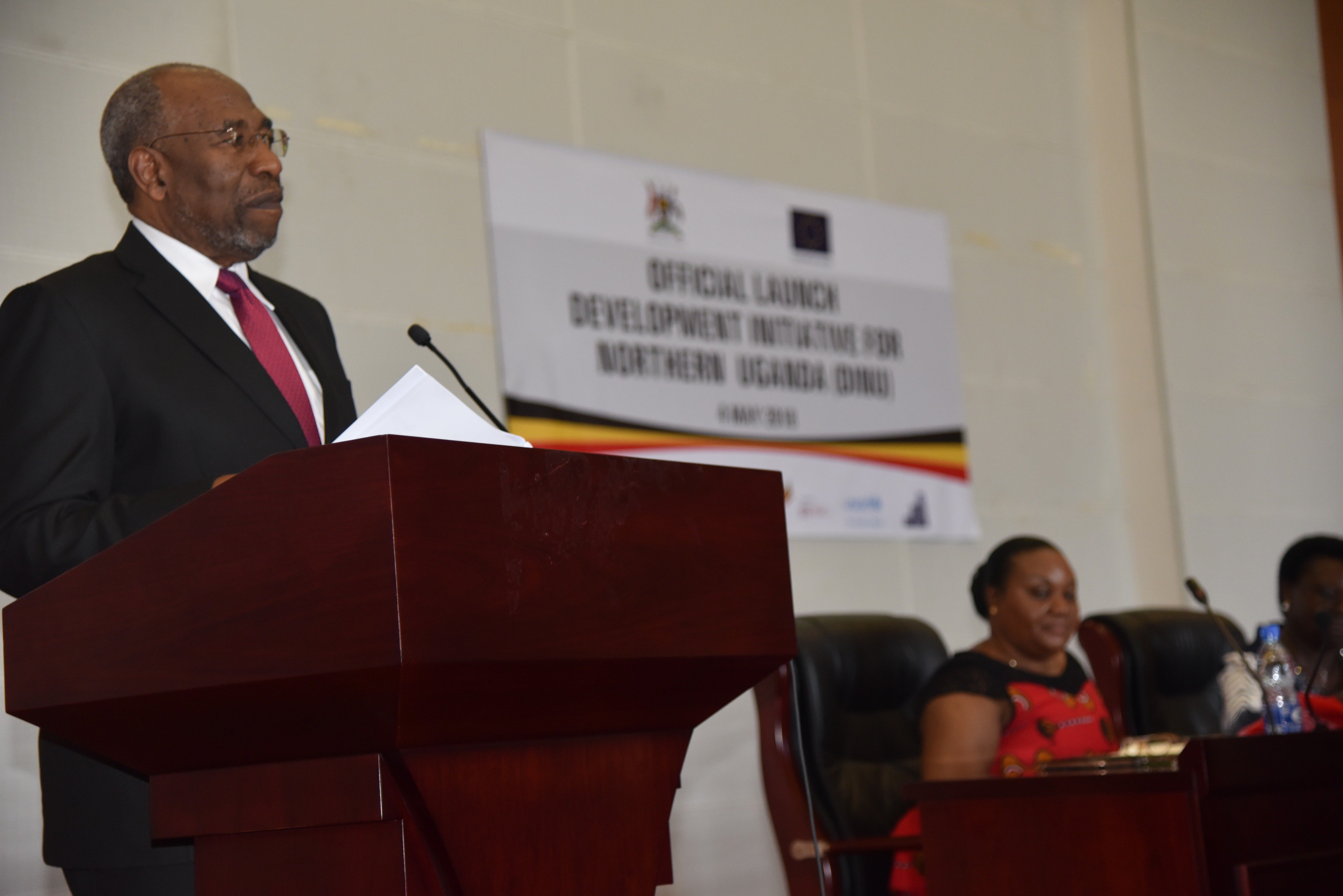 “As we implement DINU, we need to be cognizant of the potential conflict issues that may arise during the process, such as land rights, youth unemployment and access to water which are still threatening the consolidation of the post-conflict recovery,” Rugunda said.

The European Union Ambassador to Uganda, H.E Atilio Pacifici described the program as a mark of of a long standing partnership and a commitment of the European Union to continue working closely with Uganda.

“It is through these initiatives, designed, conceived, planned and implemented together thwg we deepen and strengthen our partnership even more,” the E.U Ambassador said.

The European Union is investing 138 million Euros in grants to support the program in 33 districts.

Prime Minister Rugunda lauded the European Union for support DINU as well as other support to the different sectors of the economy.

The launch was attended by several Ambassadors from the EU countries, the First and Second Deputy Prime Ministers; Gen Moses Ali and Kirunda Kivejinja as well as State Minister for Northern Uganda, Grace Kwiyucwiny among others. 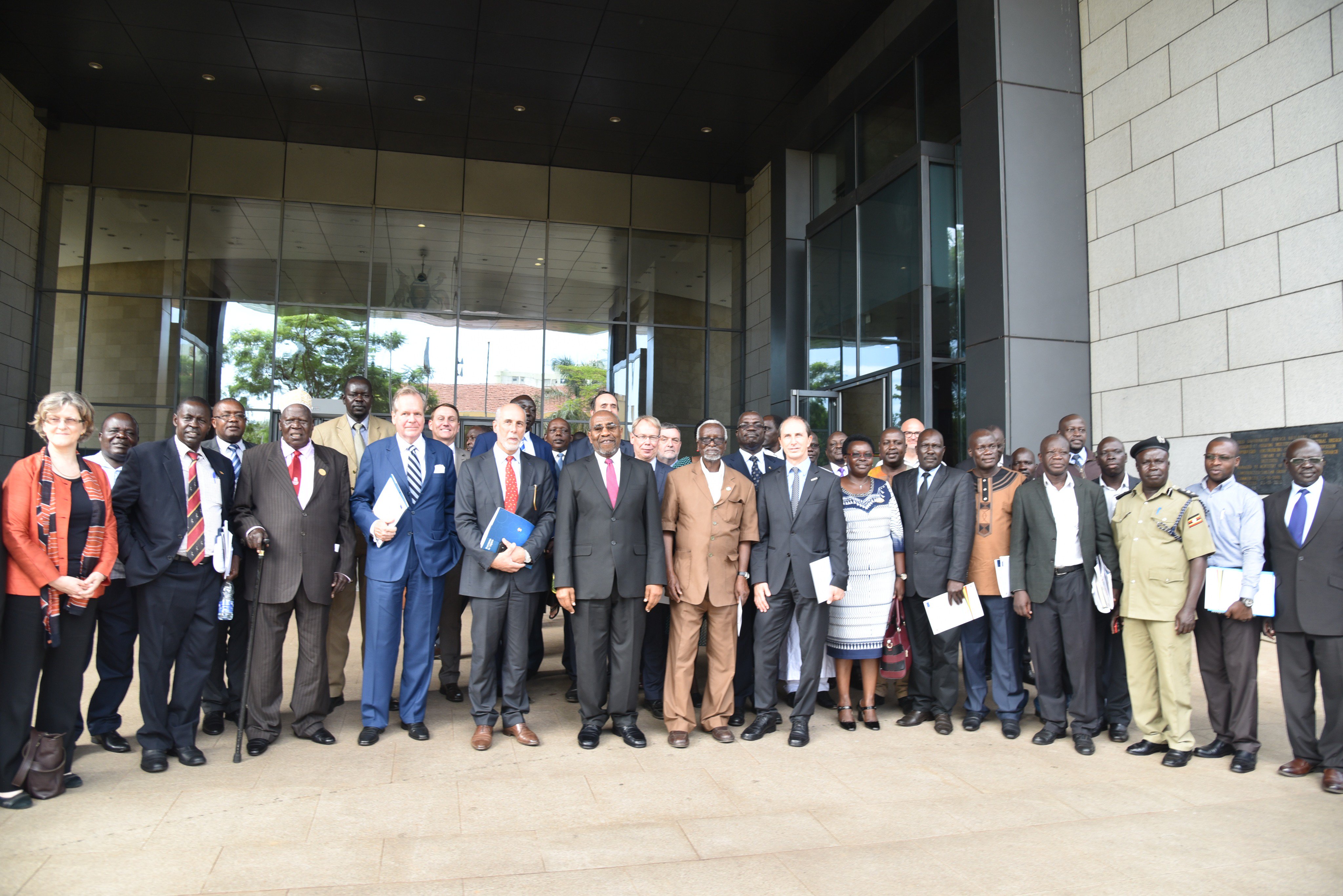