The Chief of the Uganda People’s Defence Forces (CDF), General David Muhoozi, has saluted the elite Special Forces’ Command (SFC) soldiers for adding value to the national force, the UPDF, and for its diverse specialty in conventional skills.

“SFC is a value addition to the UPDF. To this effect, I want to thank the Commander-in-Chief of the Armed Forces, Gen. Yoweri Museveni, for bringing up the idea of creating this Force. By using SFC, we can destroy the enemy because it is a Force with diverse conventional skills,” Gen Muhoozi said.

He added that such skills enable the Force to confront security challenges like terrorism, hostage situations as well as pacing with modern technological experiences and innovations.

The graduands comprised 124 trainees and successfully completed a one-year Special Forces’ Qualification Course (SFQC). They pursued a series of training modules that included survival field craft skills, techniques of evasion, resistance to exploitation and resolution skills in all types of environments and a foundational understanding of the battle space.

Gen Muhoozi noted that the course, though basic, required trainees to have courage, endurance both physical and mental ability, teamwork and practice, which, he said, were the most important elements in such training.

He thanked the trainers for selecting Butiaba an area that offered assimilated high training grounds, water bodies, thickets and jungle forests that went a long way in enriching the skills of students.

The CDF pledged full support of the Ministry of Defence saying they are happy with the skills exhibited and were satisfied. He asked the leadership of SFC to always take the lead through training programmes, mentorship, observing discipline and ideological orientation.

The Commander of the Special Forces Command (SFC), Brig. Gen. Don Nabaasa, commended the Commander-in-Chief of the Armed Forces, Yoweri Museveni, for his efforts and initiatives in supporting all military training programmes.

He asked the UPDF leadership to promote locally trained instructors emerging from training and experiences gained from other countries’ exposure like the United States of America, Egypt to cut the cost of training.

The Commandant of Fort Samora Machel Special Forces’ Training School (FSMST), Major Richard Sejembe, said the course was so demanding but achievable. He added that 124 trainees out of 196 successfully completed the one-year course that commenced in October 2017.

He urged the trainees to live a healthy life and protect themselves from self-exposed ailments such as the HIV/AIDS scourge.

Buliisa county area MP, Hon. Birabwa Mukitale, together with Buliisa District Woman MP, Hon. Norah Bigirwa, raised pertinent community’s concerns among them legalized fishing practices on Lake Albert to eliminate unauthorized fishing methods that has depleted the lake of mature fish, revamping the water transport system on the lake with the neighbouring districts, construction of feeder roads connecting Buliisa to Ntoroko and to Bundibugyo districts in the Rwenzori Sub-Region.

The legislators further said that this would expose travellers to tourism sites hence increased revenue collection for national development.

The local leaders also thanked the trainees for their zeal to pursue such a rigorous military training course with determination to provide for the defense of their country.

The qualification course is a major prerequisite for entry into the UPDF Special Forces’ Command, entrenched in its assessment and selection criteria.

The training SFQC is meant to prepare potential Special Forces’ soldiers for what is expected of them and the standards that they must acquire as members of the UPDF Special Forces. 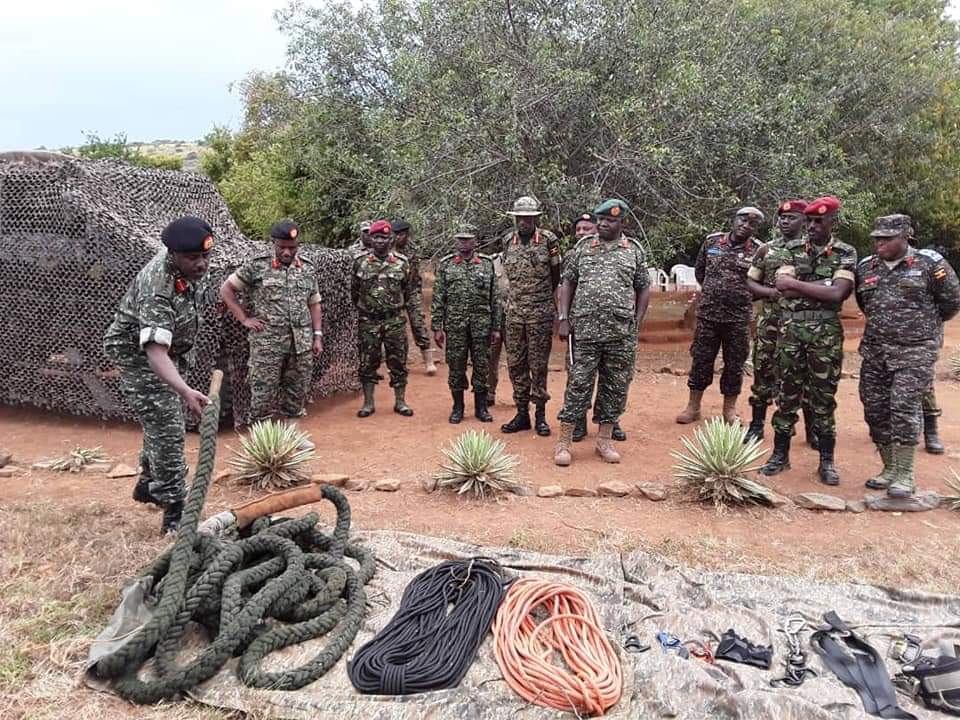