The Commander of UPDF Land Forces, Lt General Muhoozi Kainerugaba, has been awarded for his ‘revolutionary leadership’ and role in creating peace.

The award was presented by Paul Taremwa, the President of the Patriots Club Uganda, and Patriots Club Patron, Andrew Mwenda on Saturday, April 23, 2022.

This was during the flag-off ceremony of Muhoozi’s 48th birthday marathon at Kololo Independence Grounds.

Taremwa said the award is aimed at recognising Muhoozi for the services he has rendered to Uganda and Africa at large.

“It’s just the beginning. The General deserved the peace award for his tremendous contribution to promoting peace and unity and for reuniting us with our brethren in Rwanda. We are one after all,” one of the organizers told SoftPower News.

The run will climax with a concert at Lugogo Cricket Oval in Kampala this evening. 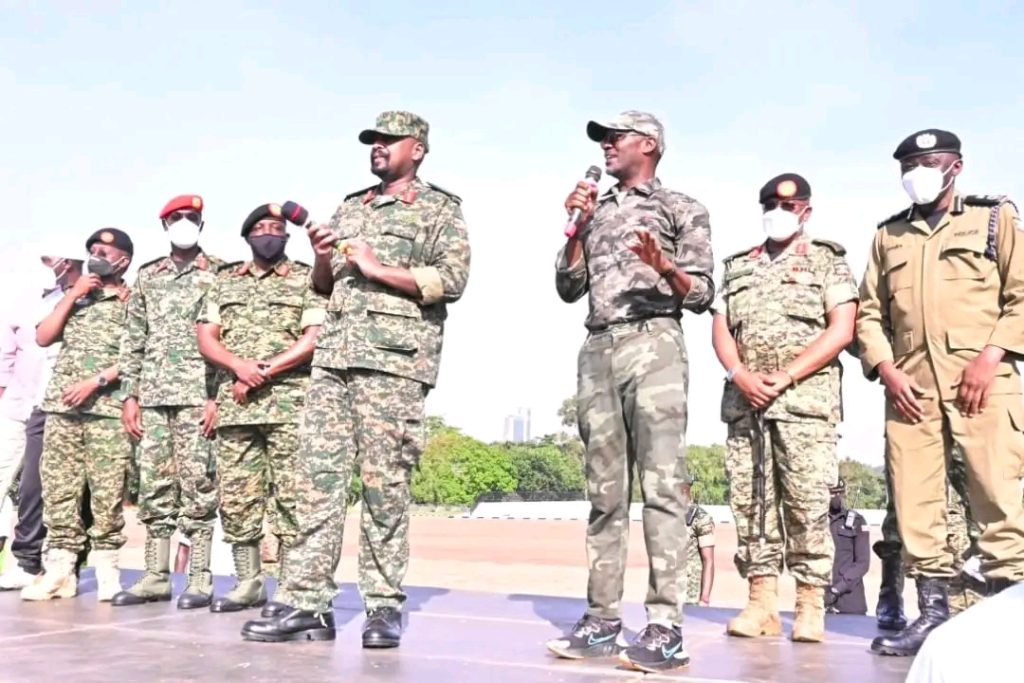