Military deployed outside the army court where Gen Kale Kayihura is appearing today.

Kayihura was arrested in June this year and has not appeared before court since then.

Military deployment was visible outside Makindye military court hours before the hearing begins. The family and relatives are also present, some of them discontented about the detention of the Gen without formal charges.

Earlier this year, senior police officers close to Gen Kayihura were detained and later produced before the Military Court Martial for crimes ranging from kidnap, illegal repatriation of refugees, murder and espionage.

A reliable military source told this site that the arrested officers implicated Gen Kayihura in murder and treason offences.

This website reported earlier this year that Gen Kayihura was likely to face prosecution by the Army Court following his alleged involvement in several undercover illegal operations.

It is alleged that Gen Kale ordered the transfer of 4000 weapons from the Police Armoury to Masindi without a record at the Police headquarters.

Sources say the duo’s offences are related to treasonous acts committed during Kayihura’s tenure. Muhangi, a senior and loyal Police Officer to Kayihura and other officers were involved in several illegal undertakings allegedly on their boss’ orders. Reliable military sources say some of the officers detained last year testified to that effect.

Kayihura was also questioned over the murder of former Police spokesperson, AIGP Andrew Felix Kaweesi who was assassinated in March last year. 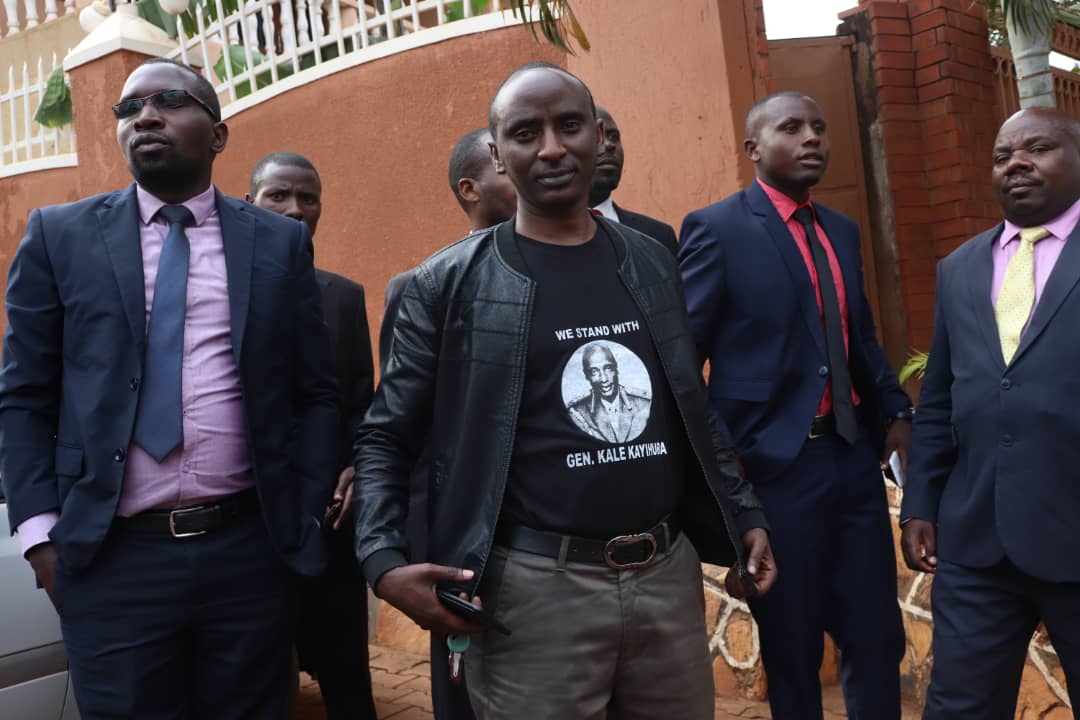