Residents in Karamoja sub-region have been urged to voluntarily surrender all illegally possessed weapons and utilize the ongoing government programs against poverty for the transformation of the sub-region.

This appeal was made by the Deputy Inspector General of Police (D/IGP) Maj Gen Geoffrey Katsigazi on behalf of the Minister of Internal Affairs Hon (Rtd) Maj Gen Kahinda Otafire during the destruction ceremony of the recovered illicit firearms on April 30, 2022, in Kotido district.

“Ask for hoes, cows, seedlings, and tractors, from government and focus on legal trade; other than guns,” noted Maj Gen Katsigazi. Maj Gen Katsigazi observed that eradication of the flow of Light Arms and Small Weapons (SALW) in Karamoja sub-region will provide a window of opportunities towards the realization of a peaceful, secure and prosperous continent.

“What you have done will be remembered in the history of Uganda. People in Karamoja have suffered because of the presence of illegal weapons. Guns not only affect neighbors but also increase the crime rate in urban areas,” remarked Maj Gen Katsigazi.

The Deputy IGP called upon residents to support government in identifying criminals with guns, adding that government is committed to protecting citizens from guns coming from outside. 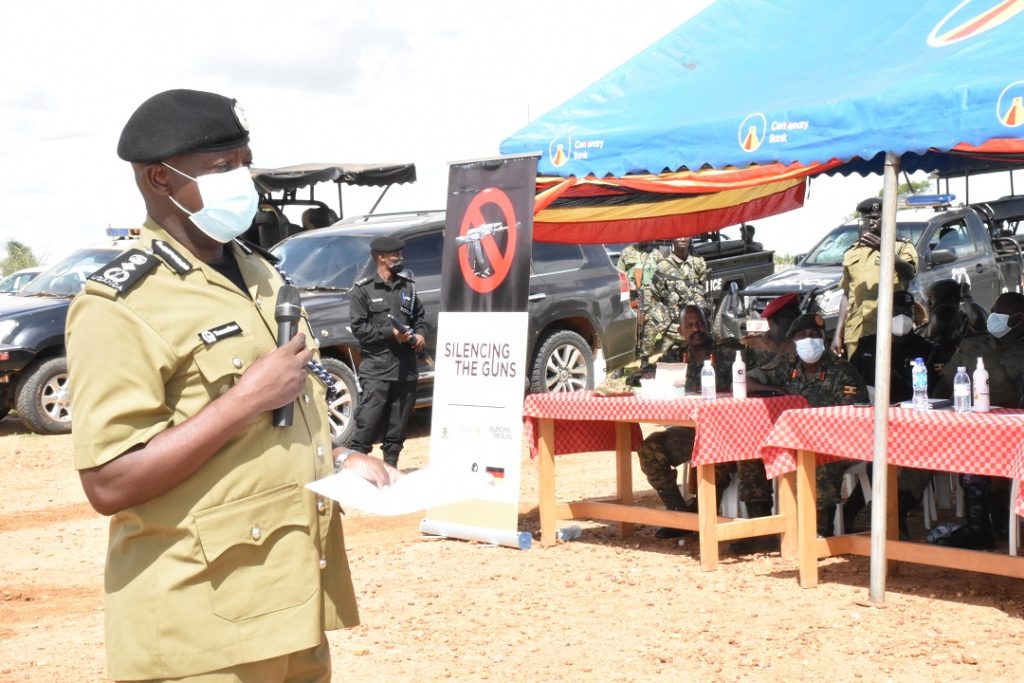 He further implored local leaders in Karamoja sub-region to harmonize their messages against the illegal possession of weapons to their respective residents.

“We must all condemn criminals killing our people and stealing from us, and embrace proper ways of generating income,” emphasized Maj Gen Katsigazi.

The Commander of the UPDF 3 Division based in Moroto and head of the joint security forces operation on disarmament Brig Gen Joseph Balikuddembe remarked that the security forces in the region are a force multiplier to have peace so that transformation and development can take root. 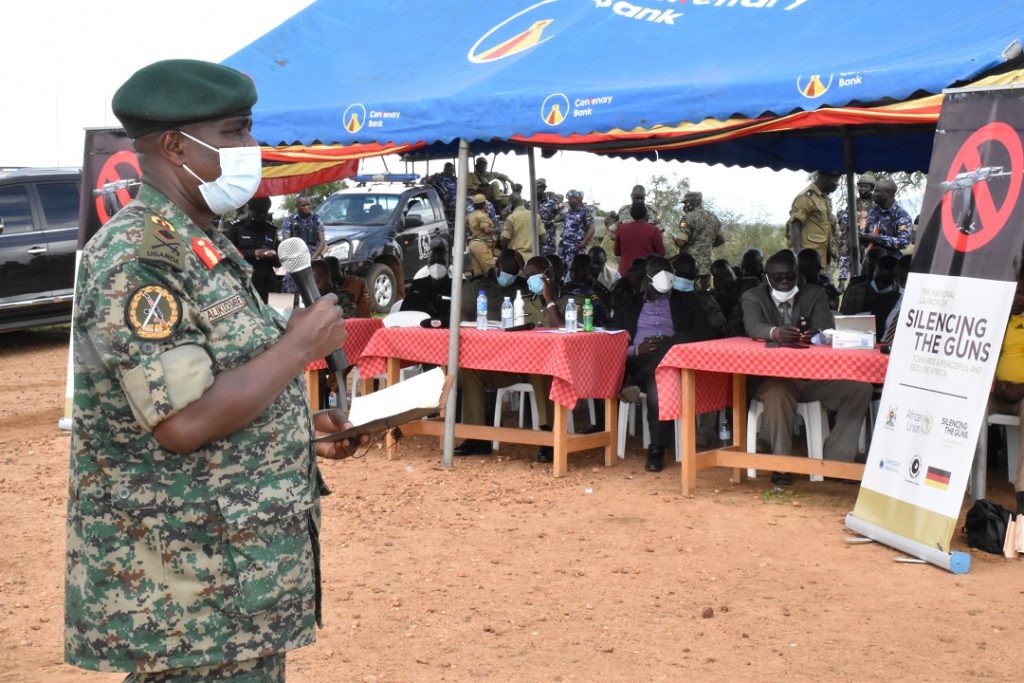 Gen Balikuddembe observed that over 378 illegal guns recovered since 2018 were destroyed at this destruction ceremony.

The Member of Parliament for Kotido district Lokoprimo Peter Abraham called upon citizens to surrender illegal guns for the restoration of peace and stability in the region. 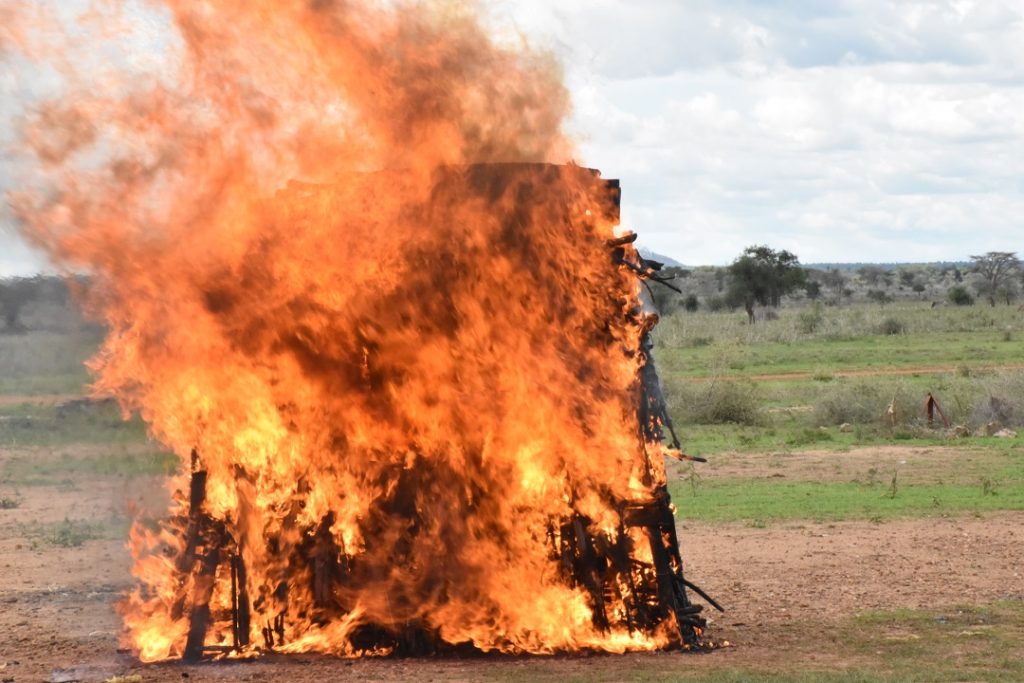 The Local Council V chairperson, Lottery Paul commended all partners enforcing the disarmament exercise for their sacrifice and commitment to the project. Adding that, addressing the security challenges caused by the illegal guns in the region will help in scaling down poverty.

A Women Peace Group in support of Peace, entertained guests at the function with a song titled, ‘how I wish guns would become books’.

The recovered illicit small arms and light weapons were got from the Karamoja sub-region, Northern and Rwenzori regions and Kampala Metropolitan areas. 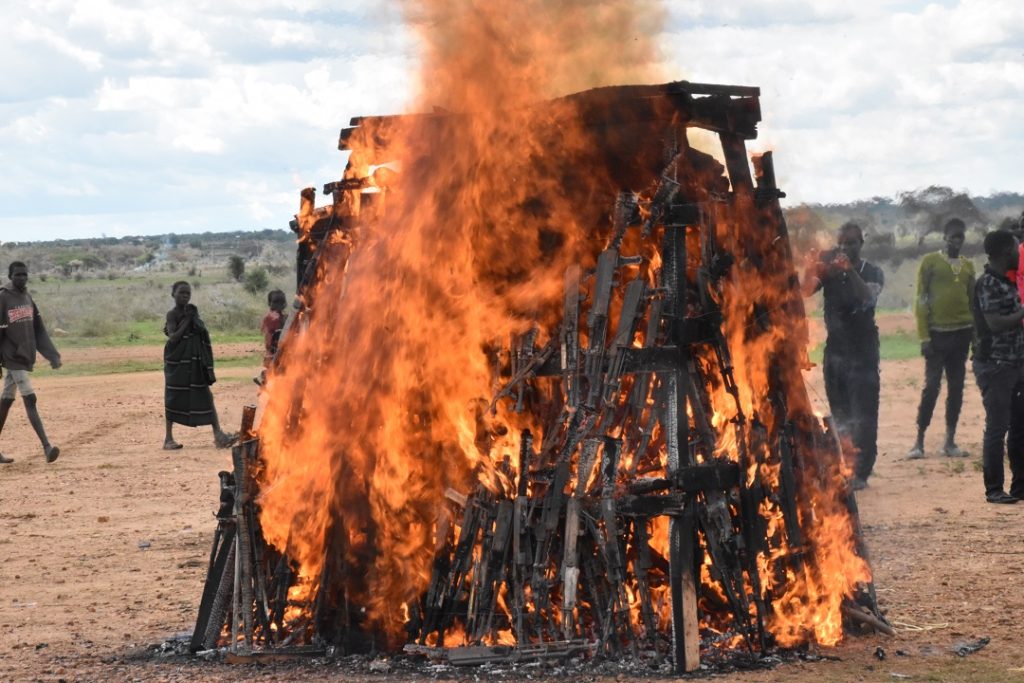 Most of the recovered illicit weapons were drawn from Kotido district, explaining why it hosted the event.

This symbolic ceremony marked the closure of the African Union (AU) Amnesty Month 2021/2022 Project on voluntary surrender of SALW that was launched in Uganda in November 2021 in line with the African Union Amnesty Road Map initiative of “Silencing the Guns in Africa by the year 2030.”

The implementation of the African Amnesty month 2021/2022 project in Uganda has been coordinated by the national Focal Point (NFP) under the ministry of Internal Affairs, in cooperation with UPDF and Police with funding from the Federal Republic of Germany, United Nations Office on Disarmament Affairs (UNODA), Africa Union Commission (AUC) and the Regional Center on Small Arms and Light Weapons (RECSA).