Brig James Birungi hands the contribution to the directors of Humura Childcare Ministries.

This was contained in a speech read for him by Brig James Birungi, the Chief of Staff Air Force during a dinner organised to raise funds for the construction of libraries at Nkokonjeru and Imani Academy Primary schools where the organization is supporting pupils.

The fundraising drive sought to raise money to buy text books for the pupils, build libraries, buy ten computers and increase collections towards the education fund.

Gen Kainerugaba thanked the founders of the organization for the self-help spirit, saying Ugandans should emulate them. The General made a cash contribution of Shs 10million.

“The Maj Gen (Kainerugaba) says he heard of Humura Cares last year and was impressed by your self-help spirit and sense of voluntarism,” Brig Birungi said while delivering Gen Kainerugaba’s message.

Gen Kainerugaba observed that the country needs more people with such a spirit, other than people always waiting for help from government.

“He identifies with you in this cause and contributes Shs 10million cash,” Brig Birungi added as he handed over the cash in an envelope. In his capacity, Brig Birungi pledged Shs 2 million.

At the dinner, Shs 35 million was collected in cash contributions and pledges.

Gen Kainerugaba, in his message also encouraged the members to keep their drive and remain peaceful citizens in order to achieve their transformative objectives as they supplement government efforts.

Humura was founded by a group of friends who pray at Worship Harvest in Nalya with the aim to share the love of God by reaching out to children in need from some of the poorest communities in Uganda.

The organisation, with offices in Nansana currently supports at least 35 disadvantaged children, both in primary and secondary schools.

Daizy Nitwe, one of the founders shared the reason for starting the organization: “We started with a plan to cater for five children, the number later grew to ten, 15 and now 35.”

Nitwe said the organization focuses on fostering literacy and education to the underprivileged communities through sponsoring the children and also, by providing reading books and computers among other scholastic materials.

Among others that attended the event at Skyz Hotel Naguru was Maj Mcdans Kamugira, the in charge Civil Military Operations in the Office of the Senior Presidential Advisor on Special Operations. 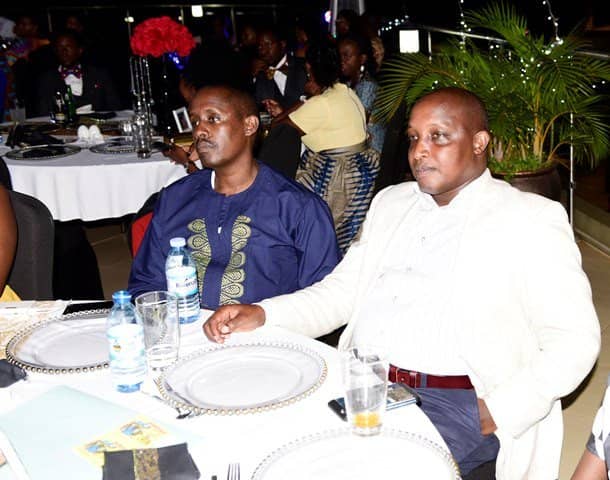