URA revealed this in a public notice in which the tax body exposed a list of companies and individuals said to be involved in Value Added Tax (VAT) fraud through use of non-existent or fictitious purchases with he intention of illegally reducing their VAT payments.

“URA has established that some VAT registered taxpayers are involved in VAT fraud through the use of non-existent or fictitious purchases in order to illegally reduce their VAT payments,” the notice issued by the URA Commissioner General, Doris Akol read in part.

URA says the fictitious purchases manifest through the issuance of invoices for business transactions for which there is no genuine supply/movement of goods and services.

These are then claimed as purchases in the monthly VAT return thus reducing the VAT payable.

Accordingly, Doris Akol said “criminal investigations that may result into prosecution of individuals involved in this fraud are ongoing”.

The notice lists the beneficiaries of fictitious invoices but excludes 48 taxpayers who are already under investigations and 40 taxpayers that are in the process of addressing the raised queries to their tax offices.

In addition, the listed persons and companies shall provide evidence of purchases that formed the input tax in question to the Commissioner Tax Investigations.

Evidence to be provided should include urchase orders/contracts, payments effected for goods and services including copies of bank statements, goods received notes/store ledgers/stock books (evidence of usage) and any other documentation considered relevant.

Failure to comply with these requirements within a period of 10 working days from the date of publication of this notice, “URA shall nullify all input tax claimed for the period 2013 to 2017 and will penalize the taxpayer for misdeclaration in accordance with the law”.

“URA may also institute criminal investigations with actions to be taken including but not limited to prosecution,” the Commissioner General added in her notice. 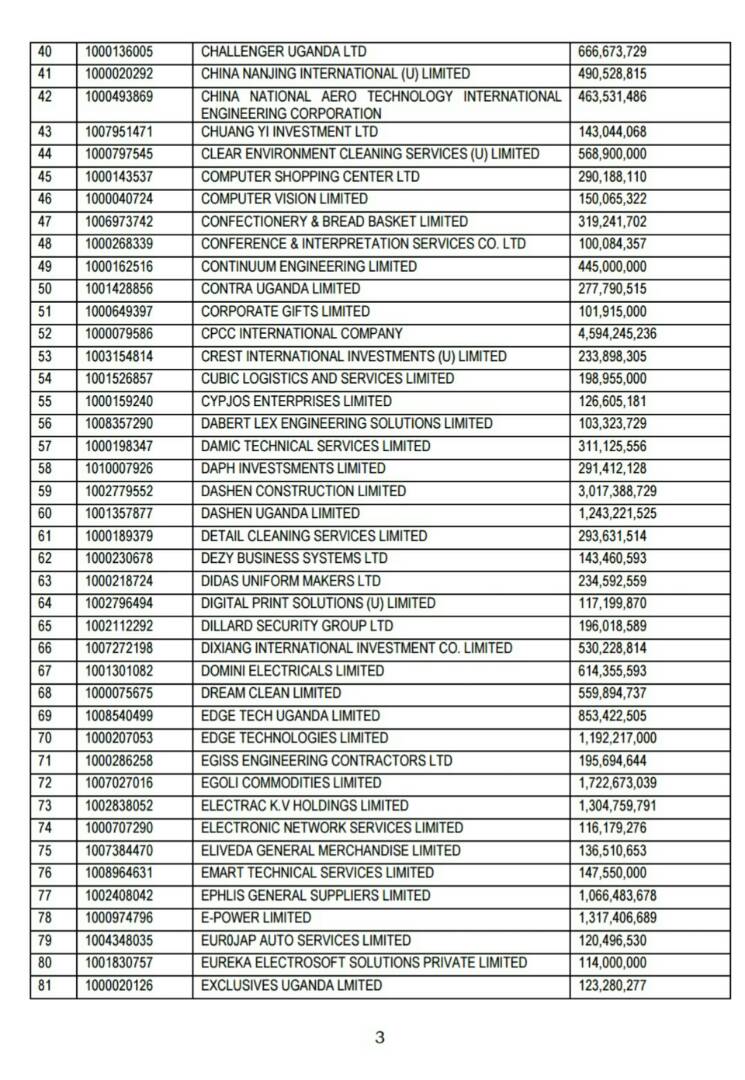 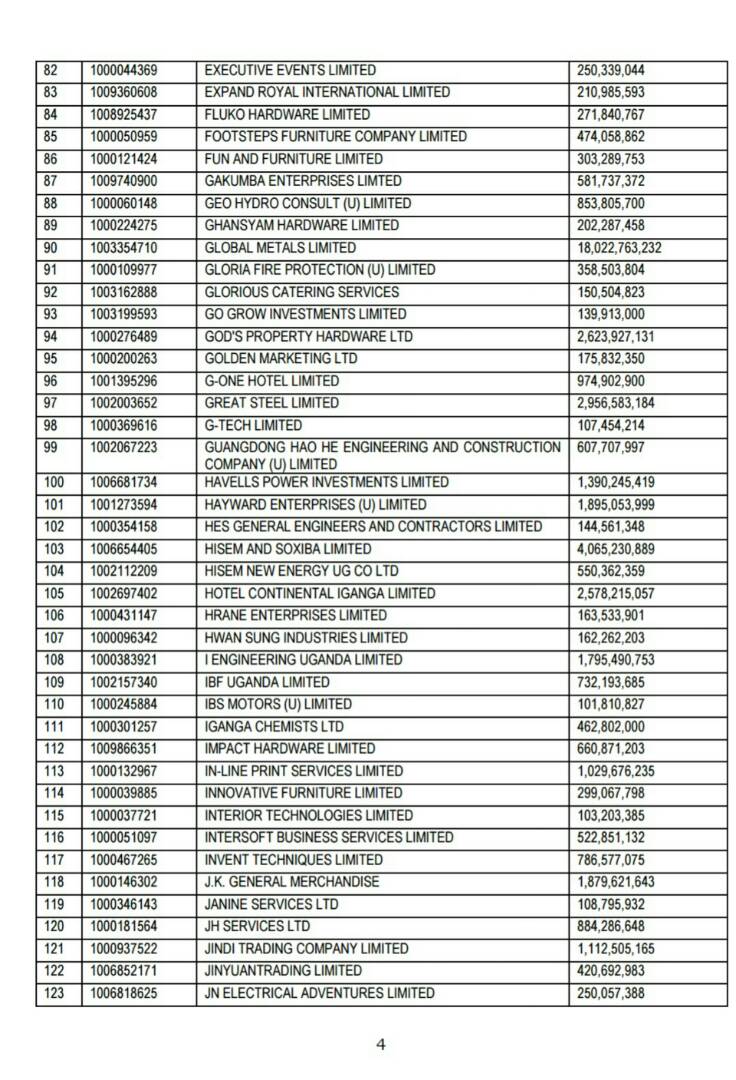 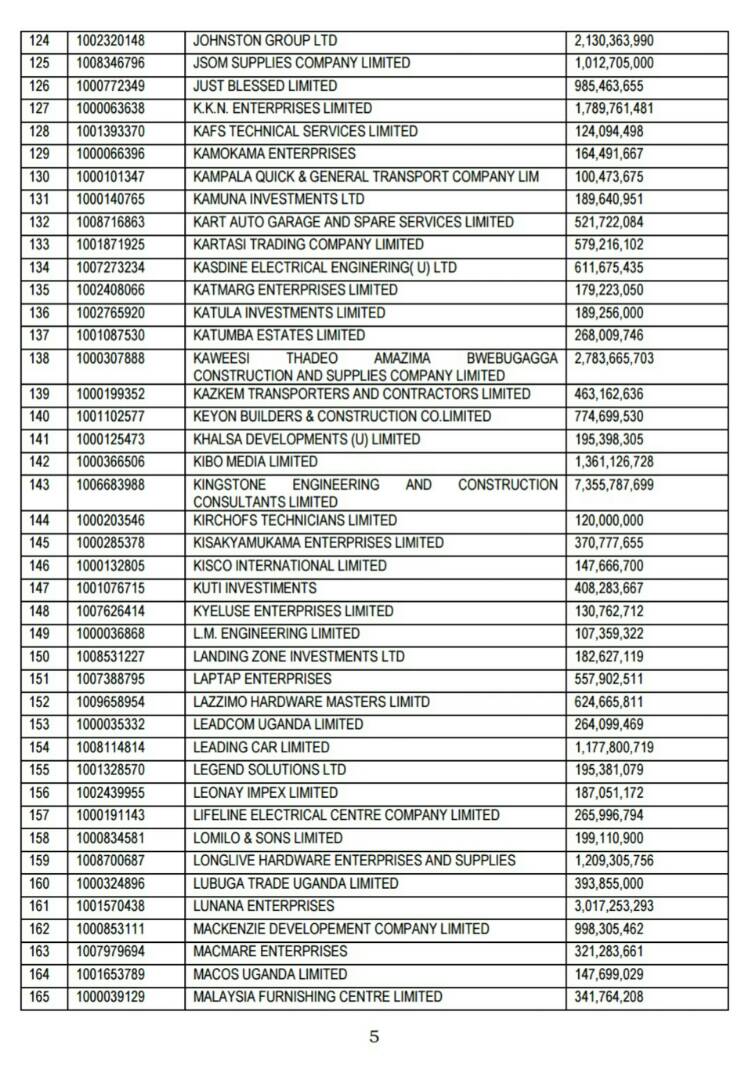 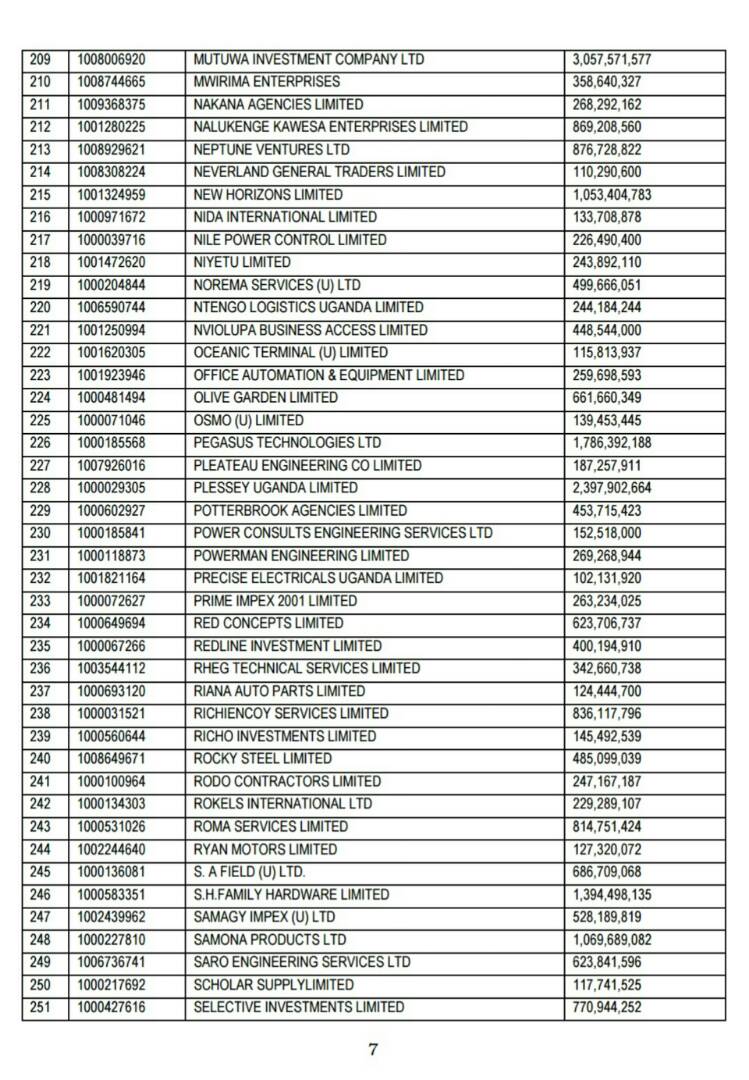 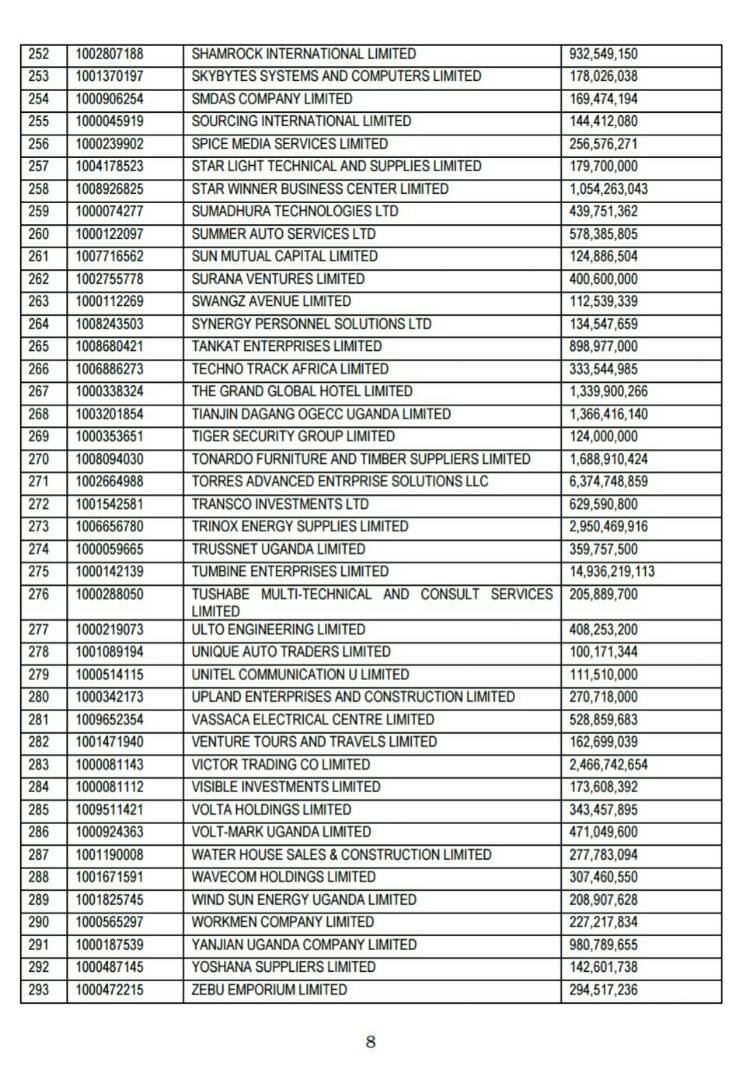