The scene of the accident

Five people have been confirmed dead after a stone quarry collapsed on them in Namulanda, Nganjo cell, Kajansi Town Council in Wakiso.

The victims and a vehicle (Isuzu Elf) which was loading crushed stones were trapped under the rubble after part of a stone quarry collapsed.

The Police fire and rescue services have since recovered five bodies from the rubble after half a quarry caved in covering them.

“Investigations into the matter are on to ascertain what happened. We however advise members of the public in the surrounding area to avoid moving to the quarry as it is currently a threat to the lives of those occupying it,” Owoyesigyire said. 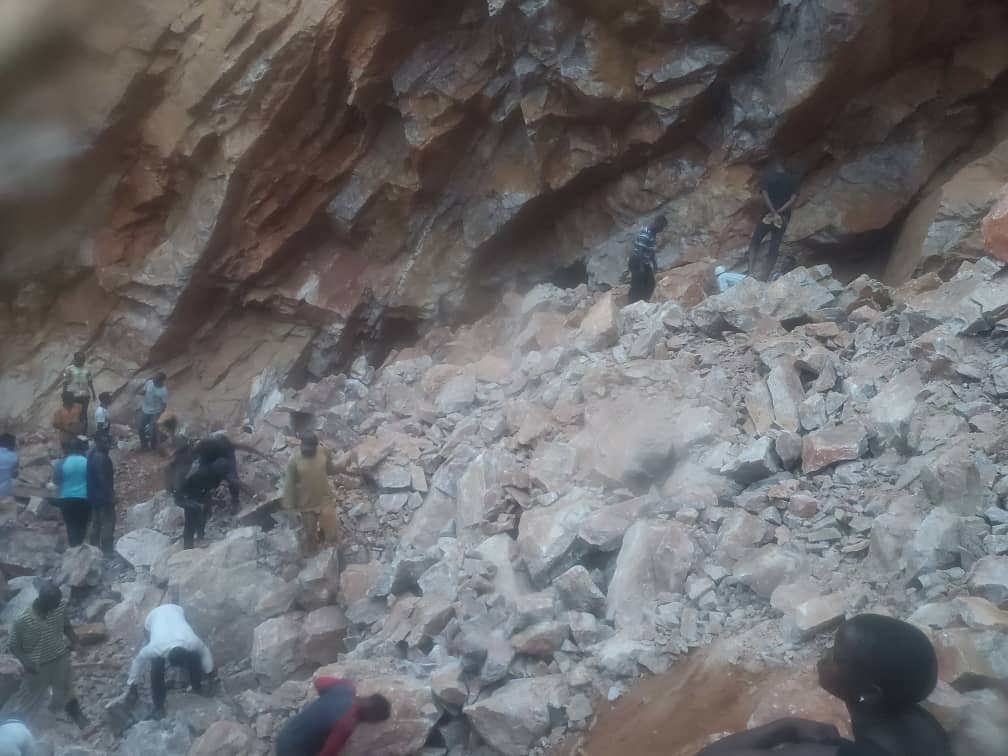