The truck that was involved in an accident

Five inmates died on the spot when the truck they were traveling in got into an accident at Nalongo village in Luwero district along Kampala-Gulu highway.

There were 54 Prison inmates and 12 warders on the truck.

“We registered a fatal accident involving a Uganda Prisons truck in Luweero. Five prisoners died on spot and the injured have been rushed to Kasana health facility,” she said. 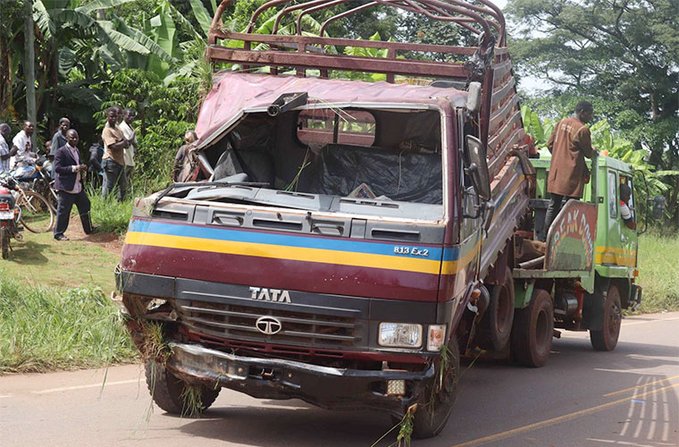 The inmates and warders were from Butuntumula prison.

According to Livingston Twazagye, the Luwero district police commander (DPC), the accident occurred after the Toyota Fielder sustained a tyre burst.

It lost control and rammed into the prison truck forcing it to overturn.

Both the injured and deceased’s bodies were taken to Luwero hospital.