Sam Mugumya, a former aide to opposition figure Dr Kizza Besigye has been released from Ndolo Military Prison in the Democratic Republic of Congo.

The Forum for Democratic Change (FDC) political activist spent 8 years locked up in a Congolese prison.

“We shall keep you updated on this encouraging development. Injustice will be quelled through the struggle,” it added.

The party shared pictures of Mugumya holding a placard inscribed on “Free At Last” following his release from prison.

Mugumya was arrested by Congolese Forces in 2014 with four other friends; Aggrey Kamukama, (a businessman in Rukungiri Town), Steven Mugisha, (a trader), Nathan Bright and Joseph Kamugisha (a boda boda rider) for allegedly illegally entering the vast mineral-rich country. 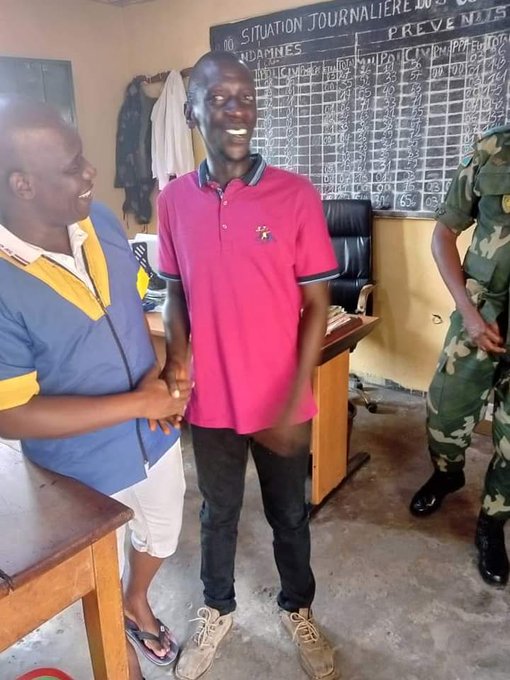 They have never been formally tried in courts of law.

Besigye has not yet spoken about Mugumya’s release.

“My mentor, friend and comrade Mugumya is finally free after 8 solid years of imprisonment in one of the worst military prisons in the World,” said Kampala Deputy Lord Mayor, Doreen Nyanjura.

She added: “To all that have stood with him through these years, thanks for understanding the true doctrine of the struggle; We are each other’s keeper.”