Shot stopper Charles Lukwago denied the hosts an early lead in the 8th minute, when he saved a spectacular shot from Esperance’s Badri.

In their quest for an away win, the ‘Kasasiro boys’ mounted more pressure on the North Africans leading to an 18 the minute goal from Jackson Nunda, who beat his marker, to shoot past Esperance’s custodian.

Striker Muhammad Shaban sent fans of the hosting team into massive silence, when he capitalised on mistake of the defenders, to score KCCA’s second goal in the 21st minute.

Nine minutes later, Belel Magri put the ball behind KCCA’s net in the 30th minutes before striker Saad Gbuir equalised in the 33rd minute, ending the first half tied at two goals.

When second half started, coach Mike Mutebi, made several substitutions including removing debutant Gift Ali for Isaac Kirabira in the 59th minute, Kaddu Patrick who entered in place of Muhammad Shaban in the 70th minute and Hassan Musana in place of young lad Allan Okello in the 79th minute, but could not yield any better results.

Three minutes later, Belel Magri, scored again for his side in the 82nd minute, when he got the ball from the centre forward and beat past KCCA’s goal Charles Lukwago ending the game 3 – 2 in favour of Esperance.

The return match will be played in Kampala on July 27 and KCCA FC will thereafter play the blues of Botswana in Kampala between August 17-19 before completing their group stage phase away from home against Alhly on August 28-29.

KCCA FC which lost the 2017/2018 Azam Uganda Premier league title to Lawrence Mulindwa’s side Vipers FC, are already assured of a group qualification fee of USD 555,000 (Shs 2bn) and will get more depending on how they perform in the group.

Meanwhile, the other group match between Eight time African Champions Al Ahly and Botswana giants Township Rollers, ended 3 – 0 in favour of the North Africans, pushing Al Ahly to the second position of Group A. 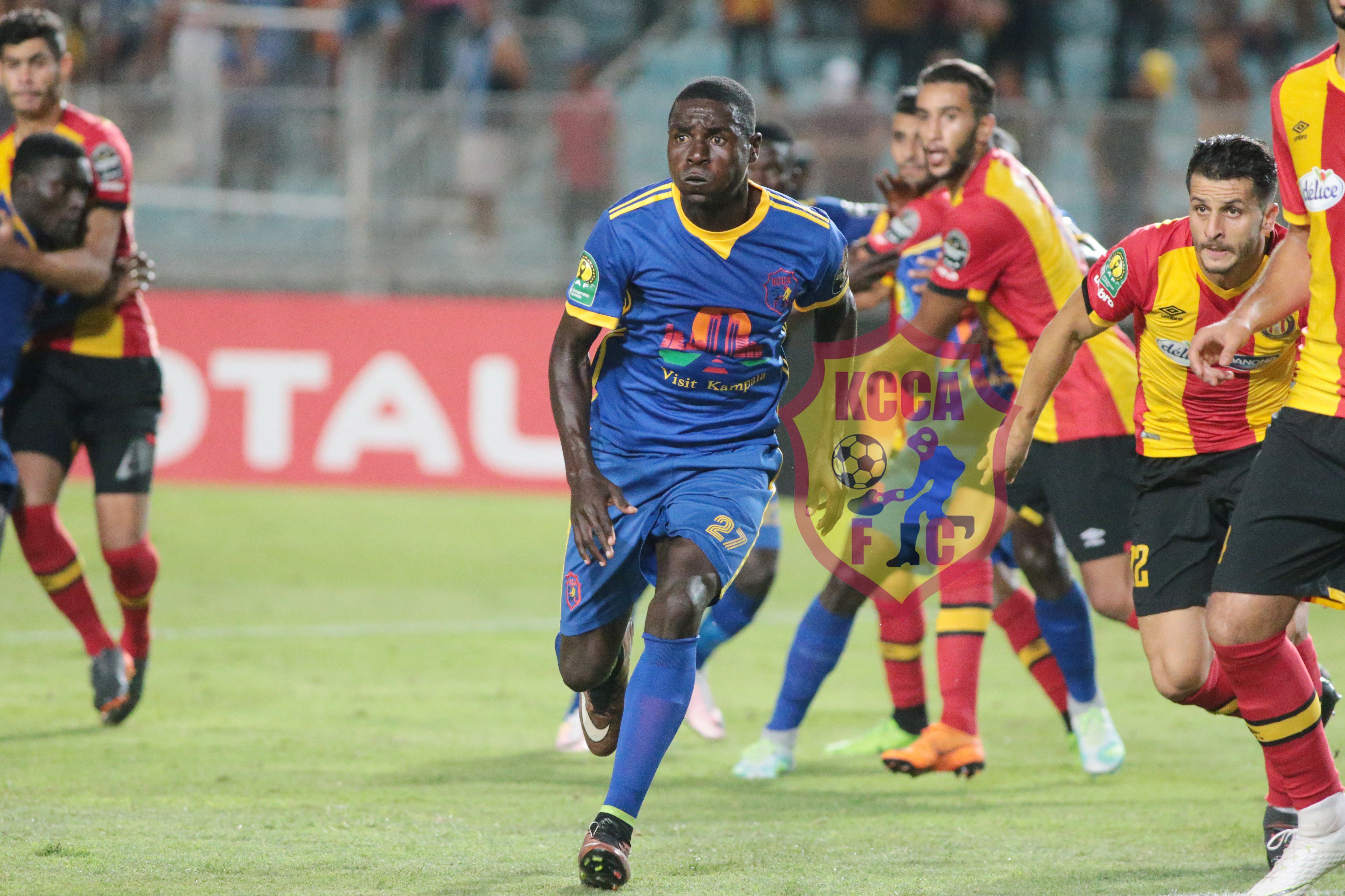